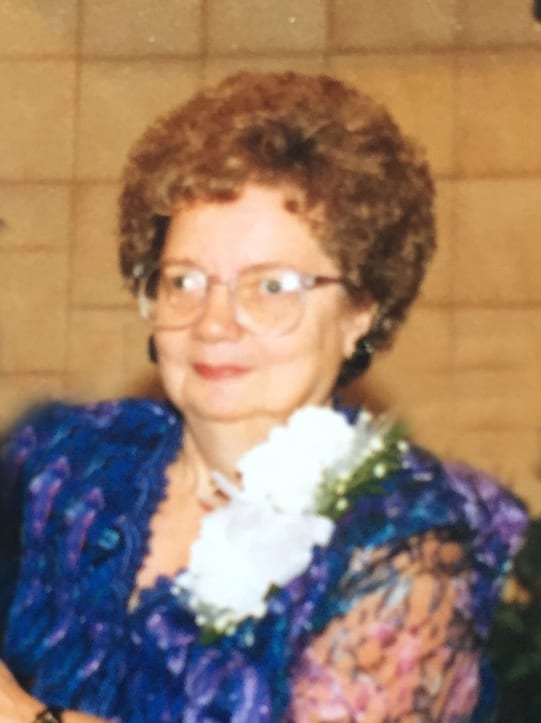 She was born February 24, 1930, a daughter of the late Alta Clyde and Margaret (Creighton) Holmes. Margaret was a Catholic by faith and a member of St. John’s Catholic Church Benwood. She was very active in her community; and was a member of The McMechen Women’s Club, American Legion, VFW Ladies Auxiliary Moundsville, The Italian Mother’s Club Benwood, Benwood Rosary Altar Society of St. John’s, Croatian Fraternal Union Lodge 745 Benwood, and a volunteer for Meals on Wheels. She was always a very charitable person, who put herself second and always took care of others.

The family would like to give a special thanks to Liza’s Place for all their care and hard work.

Family and friends will be received Sunday, October 25, 2015 from 2-7 pm, at the Altmeyer Funeral Home, Benwood-McMechen Chapel, 214 Marshall St., where funeral services will be held, Monday, October 26, at 11 am, with Fr. Bekeh Utietiang officiating. Interment will take place at Mt. Calvary Cemetery.

Condolences may be offered to the family online at www.altmeyer.com.

Rest in peace Faye. I will always remember how nice you were to me.

I,knew Margaret thru Post 46 Benwood American Legion. She was always very nice to me. She will be missed.

So sorry for your loss. I knew Margaret thru post 46 American Legion. She was always very nice to me and others.

Allen. Please accept our condolences on the passing of your sister Faye. Love Linda & John

George and Family so very sorry to learn of the passing of your Mother–Faye a beautiful person. Your parents and my parents Louis and Virginia Bilo were friends of years gone by. Would see your parents over the years and enjoy many stories. Take care keep the faith and May God bless and comfort you with His peace and love. Thoughts and prayers. Sincerely, Sylvia McNeil