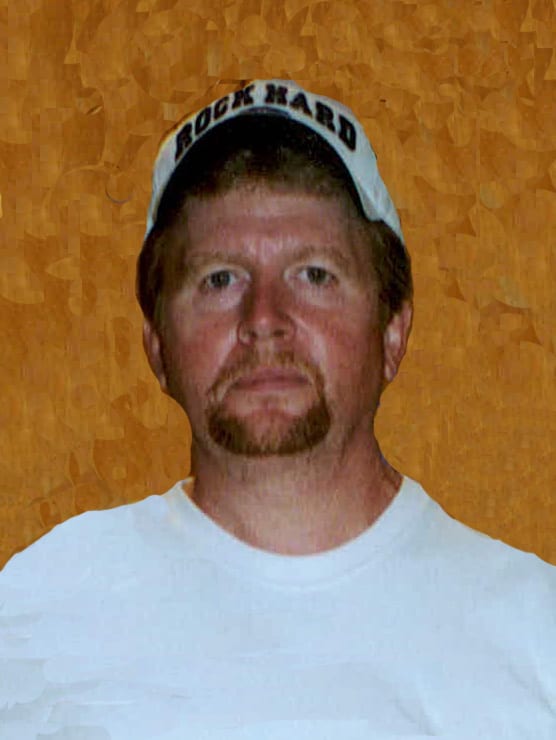 BAKER, Mark Lee, 57, of Moundsville, W.Va., died Sunday, December 3, 2017 at home.
He was born August 27, 1960, in Glen Dale, W.Va., a son of Dottie Ann (Jones) Crow and the late Barry Leroy Baker. He was a member of the Sons of the American Legion Post # 3. He was an employee of the Heat & Frost Insulators Local # 2 out of Pittsburgh, Pa. He was an avid hunter and enjoyed fishing and the outdoors.
In addition to his father, he was preceded in death by his sister, Bridget McCartney, brother-in-law, Mark McCartney, and grandparents, Charles and Kate Jones and George and Orpha Baker.
In addition to his mother, he is survived by two daughters, Dani Jo (Baker) Simmons and Joell Baker; his beloved stepfather, “Pap” Norman Crow; one sister, Tracy Watson; one step-sister, Leilani (Danny) Williams; four grandchildren, Sophia, Garrett, Sawyer, and Ace; and one niece, Morgan Watson.
Friends will be received on Friday, December 8, 2017 from 5 pm until time of funeral service at 7 pm at the Altmeyer Funeral Home, Lutes & Kirby-Vance Chapels, 118 Grant Avenue, Moundsville, with Rev. Fred Jensen officiating.
He will be greatly missed by his family.
Online condolences may be expressed to the family at www.altmeyerfuneralhomes.com

My kmdeepest condolences to the family. I’ve been traveling for work. Mark was my union brother. He was a great guy.

David and I want to express our deepest sympathy.

Me and Vernita send our heartfelt condolances and will continue to pray for you and your family ,and for the strength to get through this…May God be with you,..we love you

He had such a good sense of humor. He will be missed by many. So sorry for your lossDani,Joelle, and his family. Rip Mark!

Dottie and family, I am so sorry for your loss and you and your family are in my prayers along with my deepest sympathy. God Bless to you all.

So hard to believe he is gone. He made me laugh! He will be missed by many. My heart goes out to his daughters and family. RIP Mark!