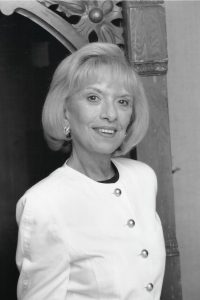 She was born March 2, 1934, a daughter of the late Joseph A. and Jean Ann (Kowalski) Bellia. Marlene was a devout Catholic and member of St. Michael Catholic Church until she moved to Florida and a graduate of Saint Joseph Academy in Wheeling. After moving to Palm Beach, FL, she had a successful career as a Real Estate Broker.

In addition to her parents, she is preceded in death by her daughter, Sharon M. Sovinski and a brother, Joseph A. Bellia Jr.

Memorial services will be held in honor of both Marlene and her late daughter, Sharon Sovinski, who passed away in February of 2021.

In lieu of flowers, a donation can be made to Boys & Girls Clubs of Palm Beach County. Marlene was a contributor to this organization and her daughter Kimberly has worked at BGCPBC for over 6 years.  Donations can be made on line: www.bgcpbc.org/marlenesovinski  or checks can be sent to 800 Northpoint Parkway suite 204, West Palm Beach, Florida 33407

Condolences may be offered to the family at www.altmeyerfuenralhomes.com.

My heart & prayers are with all the family as you memorialize the exceptional life of Marlene.
I was blessed to have known Marlene as a friend & business associate as BHS. Her smile would light up the room & her hand of friendship was always extended to those she met. Marlene had a gift for making others enjoy life!

As most of you viewing this page already know, to know Marlene was to love Marlene. What a beautiful spirit! She was a beacon of grace, compassion and understanding mixed with a great head for business and a delightful sense of humor. I feel so fortunate to have known her and will remember her often. With my most sincere condolences to her family for your loss. Carole

My heart goes out to Kimberly and family. Marlene was a special member of our Brown Harris Stevens “family” for many years. I know if Marlene’s service were in Palm Beach you would see a lot of us there. And I don’t think I ever saw Marlene without a smile on her face – she was well loved.

I am so saddened to hear of your mom’s passing. She was a wonderful lady. I extend my condolences to you and your family at this difficult time.

May your mom’s’ memory be eternal.

I am so saddened to hear of your mom’s passing. She was a wonderful lady. I extend my condolences to you and your family at this difficult time.

May your mom’s’ memory be eternal.

My condolences are with both Marlene and Sharon. My they have eternal peace and rest.

My heartfelt sympathy and prayers to all who loved Marlene. She and I were classmates at Saint Michael’s Grade School and for one year at Mount de Chantal Visitation Academy. Also I taught Linda and Sharon, and I was in contact with Marlene through the years.

My heart and prayers are with your families as you memorialize the beautiful memories of your extraordinary nmother Marlene and Daughter our beloved Sharon Sovinski.
Prayers tears and my warmest sympathy to you

Ronna,
My thoughts and prayers are with you and your family.