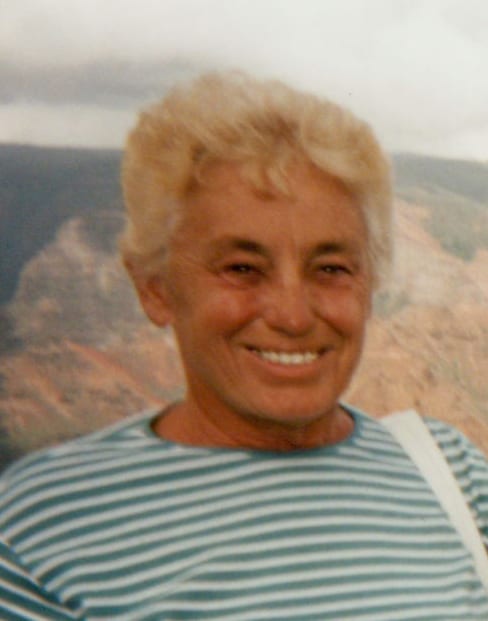 Marlene Marie (McDermott) McCoid, 79, of West Alexander, PA, formerly of Wheeling, WV, and Pittsburgh, PA, died peacefully at home surrounded by her family onDecember 19, 2015, after a short, courageous battle with cancer.
Marlene was born in Wheeling on September 27, 1936, to Mary Kay (Gessler) and Gerard C. “Mac” McDermott. A Catholic by faith, our “May Queen” was a 1955 graduate of St. Joseph’s Academy and attended the Community College of Allegheny County. She was a lifelong homemaker and an extraordinarily loving mother and grandmother. Marlene enjoyed traveling the country, outdoor hiking, gardening, cooking Sunday dinners for her family, lunching with a few close friends, and caring for her many special dogs. She spent her life pouring herself into her family and was the light of their lives. All who knew Marlene were touched by her sweetness and warmth and dazzled by her boundless creativity.
In addition to her parents, she was preceded in death by her son, Roy M. McCoid.
Marlene is survived by her beloved husband of 55 years, Robert R. McCoid, her devoted son, Robert G. McCoid, and his wife, Kelly, her granddaughter, Molly Ann McCoid, special cousins, James (Beth Ann) Gessler, Jr., Robert (Debbie) Gessler, Tom (Kathy) Gessler, David (Brenda) Gessler, Brian (Ginny) Gessler, Kevin (Mari) Gessler, Sr., James (Marie) Ritz, as well as numerous nieces and nephews by marriage.
There will be no visitation. A Mass of Christian Burial and private interment at Mt. Calvary Cemetery will be held at the family’s convenience.

Bob, I am sorry for your loss. Please contact me if you wish.