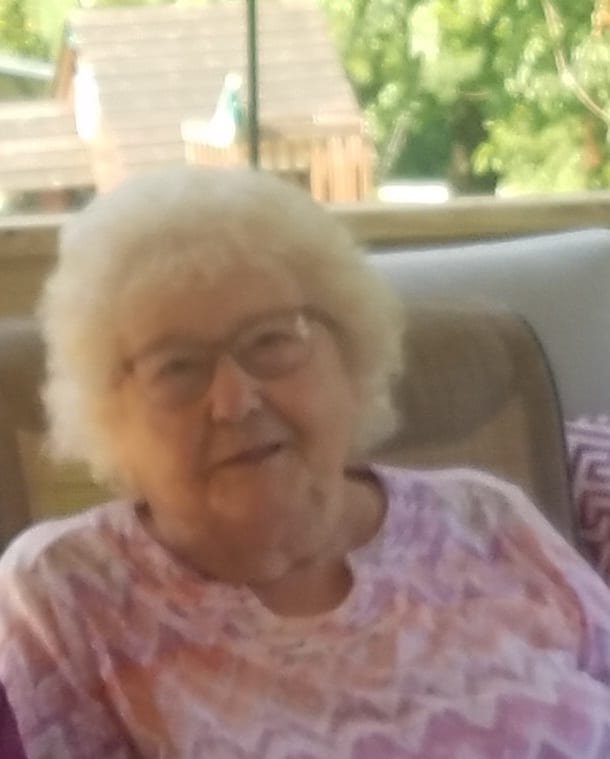 She was born February 15, 1937, in Marshall County, W.Va., a daughter of the late Edwin and Margaret Holmes. She attended the Experience Church in Bridgeport, Ohio. She was a member of the Pleasant Valley and Limestone Bunco Clubs. She was also an avid Bingo Player and sports fan. She was a friend and caretaker to all.

In addition to her parents, she was preceded in death by her husband, Ray Robert Wiseman, infant daughter, Edwina Wiseman, son-in-law, Robert Rouse Jr., and four brothers, Leon, Dean, Frank, and Roger Holmes.

Friends will be received on Tuesday, October 2, 2018, from 2-4 & 6-8 pm at the Altmeyer Funeral Home, Lutes and Kirby-Vance Chapels, 118 Grant Avenue, Moundsville, where funeral services will be held on Wednesday, October 3, 2018, at 11 am with Rev. John Keener officiating. Interment will follow in Rock Lick Cemetery, Cameron.

Penny, so saddened to hear about Martha’s passing. She always made me smile during every conversation we had, her sweet smile and she always told me how you were doing and most of all her trips to Sugarcreek. She loved her family , and I was blessed to have known her

I am so sorry to hear if Martha’s passing! I saw her in Wheeling not long ago taking care of a friend by making sure she got to Kroger. This is how I will always remember her, a friend and helper to all. She was a lovely woman!

So sorry she was so sweet
She will be missed

I always enjoyed seeing my cousin when I was in that area. She will be missed. Sorry for your loss.

So sorry for your loss. I always loved the times I got to see my cousin when I was back in that area. She will be missed.

Our thoughts and prayers are with you and your family William… Your mom was so nice, God gained an angel..
Love,
Lori, Madison,Gage and Landon

Loved the times spent with The Moundsviile cousins

Dear Matt and family, i am very sorry for your loss. i will miss her at the ball games and we sat together and talked about life. we went to school together she was my best friend and i really appreciated her. she will always be in my heart.

A friend to all. Sorry for your loss. She will be missed