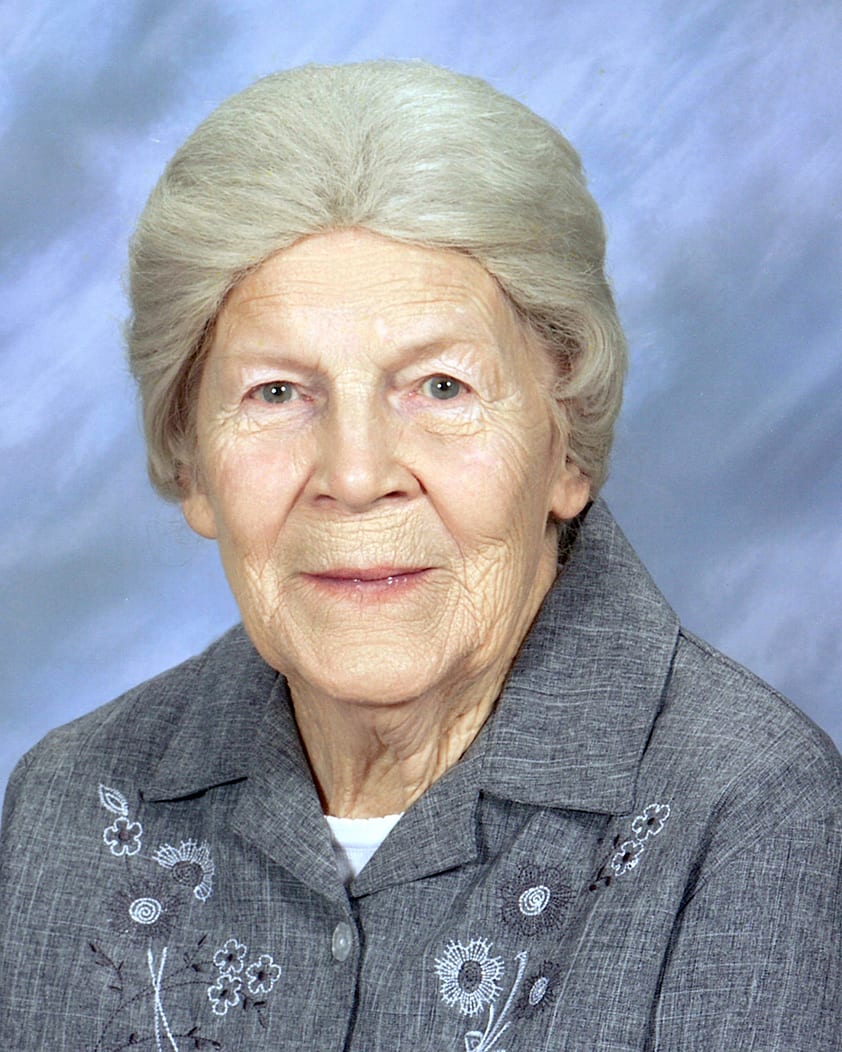 Martina devoted her life to her family, church and diocese. She taught at Cathedral Catholic Grade School and Corpus Christi Catholic School for 36 years. Martina was the organist at Corpus Christi Catholic Church where she played for masses, weddings and funerals. She was a graduate of St. Patrick High School, Weston, WV and won a full scholarship in music to St. Theresa of Avila College, Kansas City, MO, where she received a Bachelor of Arts Degree in music. She played piano for the Wheeling Symphony during the 1950’s and at the Steak House Restaurant in downtown Wheeling.

In addition to her parents, Martina was preceded in death by a brother, Vincent Burke, and 4 sisters; Esther Jane Burke Nagem, Sister Mary Charlotte, SSJ, and Alice Burke Kelly and Anna Burke.

Mass of Christian Burial will be celebrated on Friday, November 20, 2015 at 10:30am at Corpus Christi Catholic Church.

Dear Charlotte and family , My thoughts and prayers are with you. Martina { Miss Burke as she was known to so many students}} inspired so many and left an everlasting memory with them. My older son was one of her students . He somehow had a knack for mischief ,but he always said “I only care if Miss Burke believes in me. She is the most important person and I do not want to disappoint her.” She was an angel on earth!!!

Ms. Burke was my music teacher at Cathedral Grade School. She instilled in me a love of singing church music. I have continued to sing in church choirs throughout my life. What a gift she gave me!

Dear Charlotte,
Sincere sympathies to you and your family of the passing of your wonderful Aunt Martina. She was such a lovely woman. Her grace and kindness were models of dignity and sincerity that we young and impressionable Cathedral Grade and St. Joseph’s Academy women could imitate.