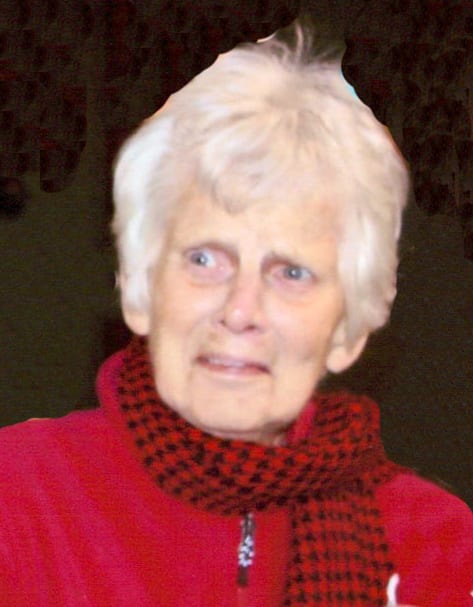 She was born July 13, 1932 in Wheeling, a daughter of the late Thomas and Joanna (Murphy) Klug.

Mary Catherine was a member of St. Alphonsus Catholic Church, Wheeling, a volunteer at the 18th Street Catholic Charities and a retired dietician at Wheeling Hospital with 30 years of service.

In addition to her parents, she was preceded in death by her sister, Margaret Ryff and her two brothers, Thomas and Gerry Klug.

Friends will be received from 4:00-8:00pm Tuesday, January 26, 2016 at the Altmeyer Funeral Home, 1400 Eoff Street, Wheeling.  Mass of Christian Burial will be celebrated at 10:00 am Wednesday, January 27, 2016 at St. Alphonsus Catholic Church, Wheeling with the Rev. Douglas Ondeck  as celebrant. A Vigil Service will be held Tuesday at 7:00 pm at the funeral home.  Interment in Mt. Calvary Cemetery, Wheeling.

In lieu of flowers, memorial contributions may be made to the Catholic Charities, 18th Street Center c/o www.TMCFunding.com

On-line condolences may be made to the family at www.altmeyerfuneralhomes.com

yvonne today i found out mary catherine passed away. I feel so bad i did not have the opportunity to visit and pay my respect. What an outstanding individual. Respected and loved by all, i am deeply sorry. She will be in my prayers an always remembered. sam nazzaro

So sorry for your loss. Miss Klug and her family are in my prayers. I am sorry I was unable to attend services. I wish you peace.

We are sorry for your loss. You will be in our thoughts and prayers. She was a very special lady.

Mary Katherine was such a sweet lady and wonderful best friend to my sister Dorothy Maltese Wakim. I remember them dragging me (mother made her) to movies and shopping, etc. She always had a smile and a good friend to me. I know that you are having a wonderful reunion with Dorothy, Betty Bishop and all of your family in heaven! Rest in peace. sorry for your loss Yvonne, you are in my prayers.

What a sweet cousin you were..

She will truly be missed. My dad really enjoyed visiting his cousins and I will miss them also. May GOD be with her.