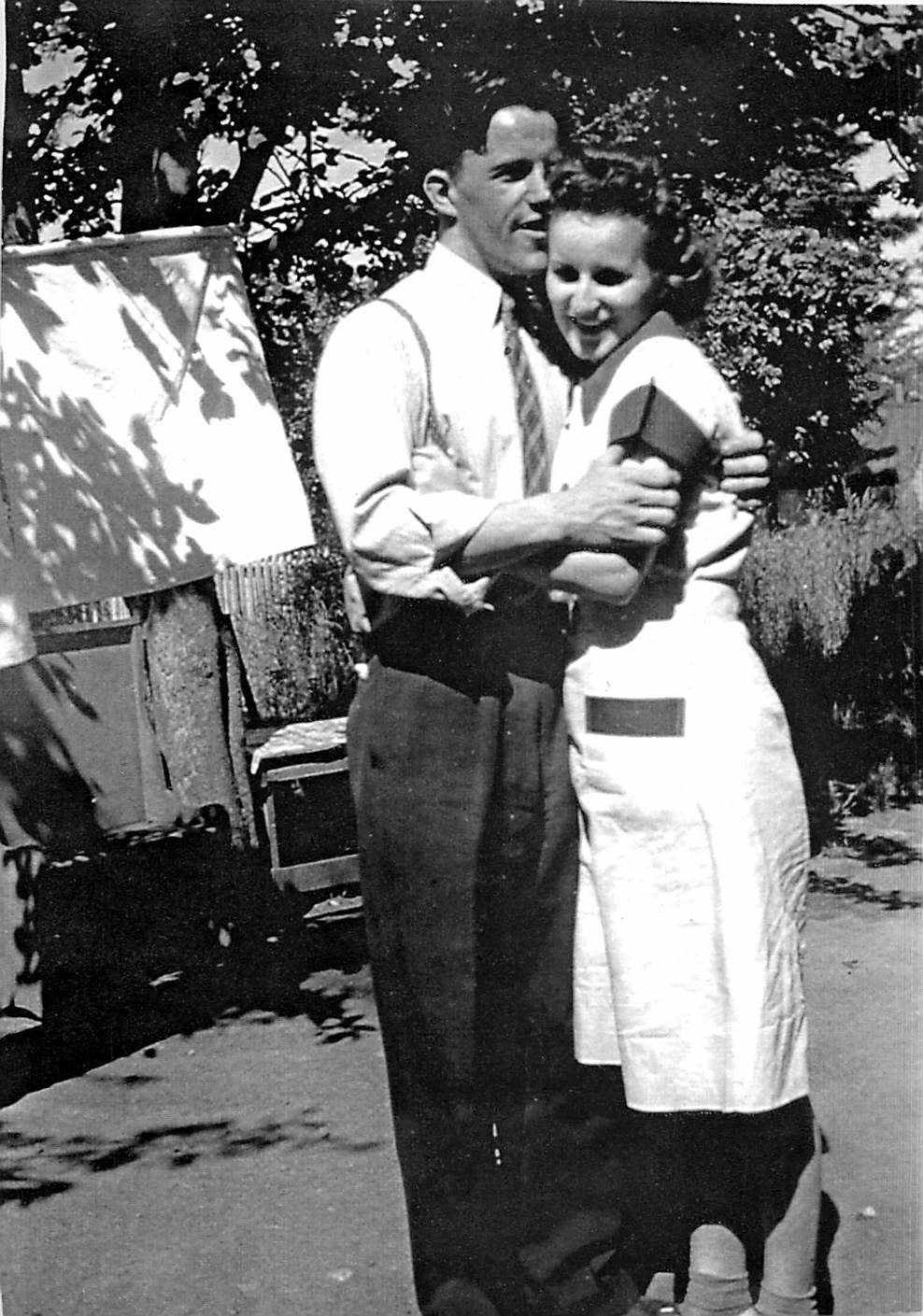 Mary and her twin brother Edward “Bud” were born to James and Lillian Scott on August 31, 1919, devout Catholics and a hardworking team charged with the management and feeding of a work crew constructing the Northern Pacific Railway from Wisconsin to Oregon.  From her father, Mary learned the twin virtues of hard work and good humor and from her mother she drank in a strong faith and the importance of cleanliness.  Lillian took her children to Mass each day, making sure the twins were clean and presentable before they went off to Church.

The family eventually settled in Portland, Oregon.  Following her father’s death, Mary and her mother opened the Pink Poodle Diner, a neighborhood gathering place where her mother cooked and Mary served as hostess and waitress.  It was there she met, Bernard Carson Monnes, a butcher at the local grocery, who delivered the diner’s daily order.  The great love affair of their lives began just as the Second World War loomed on the horizon and sustained them both through his active service in the Pacific Theater of the Second World War and the Korean Conflict, as well as continued Naval service and civilian service to the Navy well into the fourth decade of their marriage.  Notified of his approaching Naval Service, Bernie proposed and subsequently married Mary, with only her mother and another witness in attendance, at St. Patrick Parish, San Francisco, on June 26, 1943, beginning 46 years of life together.

Mary was a loving and affectionate wife and an active Catholic, committed to her parish Church and her faith, and motivated by a deep devotion to Our Blessed Mother. The model of filial piety, Mary, with the support of her husband, had her mother Lillian live with them for almost three decades and attended daily to her needs.  Likewise, she and Bernie cared for their three grandsons each summer for over a decade.  An avid reader and compelling story-teller, she enjoyed entertaining neighbors, playing practical jokes, trick-or-treating in full costume each Halloween, and celebrating holidays.  Her cooking brought neighbors to her table often at the last minute and the gladiolas and American Beauty roses she raised decorated Our Lady’s Altar at her parish Church each weekend throughout their proper seasons.

Following Bernie’s death in 1989, Mary mourned his loss and longed to join him in everlasting life, always observing that “the Lord has His reasons for keeping me here.”  Her long wait ended on Easter Tuesday and her family rejoices that Sis and Pap are once again together.

A Mass of Christian Burial will be offered for Mary at the Cathedral of Saint Joseph, Wheeling on Saturday, April 2, 2016 at 10:30 a.m. Interment will take place at Barrancas National Cemetery, Pensacola Naval Air Station at the convenience of the family.

In lieu of flowers, memorial contributions may be made to the maintenance and upkeep of the Chapel at Good Shepherd Nursing Home, 159 Edgington Lane, Wheeling, WV 26003.

Mary and Bernie were very special people. We became close friends while doing volunteer work at St. Paul Church and spent many hours together. I will always remember their sense of humor and warmth, always ready to help out wherever needed. They had a special devotion to each other, their family and grandchildren. Mary has now passed from this life and is once again with her beloved “Pap”. May they rest in peace.