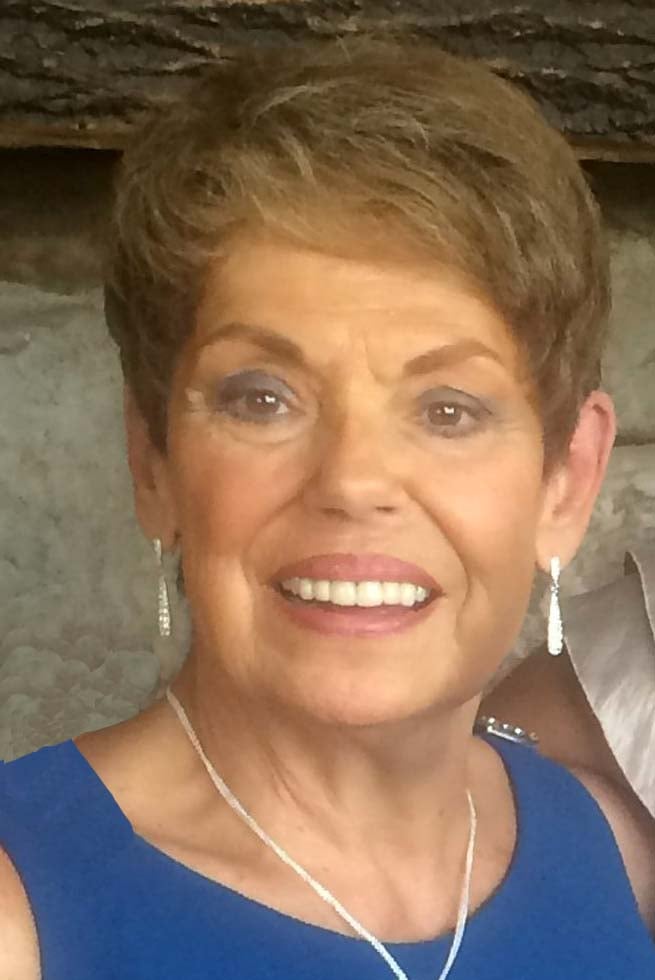 Mary Louise Michelangelo passed away peacefully on Tuesday, August 30, 2022, after a long illness that slowly diminished her vitality, though never her pleasant demeanor. She was a vibrant and beautiful woman who was admired for her impeccable style, adored for her bright personality, and loved by many who knew that her true beauty radiated from her thoughtful and loving heart.

Wezie was an immensely talented, charming, and generous lady, who cared deeply for her many friends and large family. She was an accomplished seamstress, an avid reader, and an exceptional cook and baker who always made holidays and celebrations special.

Her first job was as a hairdresser at the historic McClure Hotel in Wheeling, WV. She went on to a successful business career as a personnel manager with Kmart and later as a sales representative with AllPak. Throughout her married life she was a devoted fan of Central Catholic High School, where her husband, Larry Michelangelo, was a teacher, coach, and athletic director. In her retirement, she returned to Wheeling, WV, volunteered at Wheeling Hospital, and spent many happy winters on Hilton Head Island.

She was cherished by her late parents Charles and Lucy Monfradi, her brother Charles Mondfradi (Dee), and sisters Linda Morgan, Marlene Hohman (Jim), Lucille Beck (George), and Joanne Dunn. She was the beloved wife of the late Larry Michelangelo and the most wonderful mother to Lynn Michelangelo Shea, Lori Michelangelo (Millard Flora), and Michael Michelangelo (Chrissy); grandmother to Maria Bowie (Joe), Kelsey Zehmisch (Blaine), Anthony J. Branch (Haley), Kara Goodall (Alex), (Jessica) Shea Michelangelo, and Dominic Michelangelo; and she had two great grandchildren, Calvin and Ada Zehmisch. She also had many adoring nieces and nephews as well as many dear friends.

In lieu of flowers, the family asks that donations in their mother’s honor be made to Valley Hospice at https://www.valleyhospice.org/ways-to-give.

We are so sorry for your loss. Prayers to everyone.sending our love.

Condolences never seem enough for someone so loved by everyone. My wish for the family—Love Misses, Love remembers, Love comforts, Love takes its time to heal, Love goes on forever–for Wezie .

My you have a blessed and peaceful rest in Christ! You will be missed.

Mary Louise was a wonderful friend. We treasure the memories of Wezie and her sisters and brother, laughing and telling stories in our many visits to Hilton Head Island. I know her family misses her, and so do Carolyn and I.

My heartfelt condolences to the family of Mary Louise. I have many fond memories of her and Larry when we were Laurel Place neighbors. Rest in Peace dear friend.

Deepest sympathy to Mary Louise’s family in the loss of such a bright spirit. We were neighbors on Laurel Place and would often visit after Mike died. I’ll always remember her friendship.

Everyone in the AllPak family offers our deepest sympathy to the family of Mary Louise.
May she rest in peace.

Rest in peace my friend. I will truly miss our talks, Laughter and tears we shared together. I will cherish the memories with a smile on my face and a tear in my eye 😢 Such a Beautiful and Amazing women.until we meet again 🙏 love you Wezie 💔

Mary was such a sweetheart. Marlene I will never forget her. Condolences to you and the family.