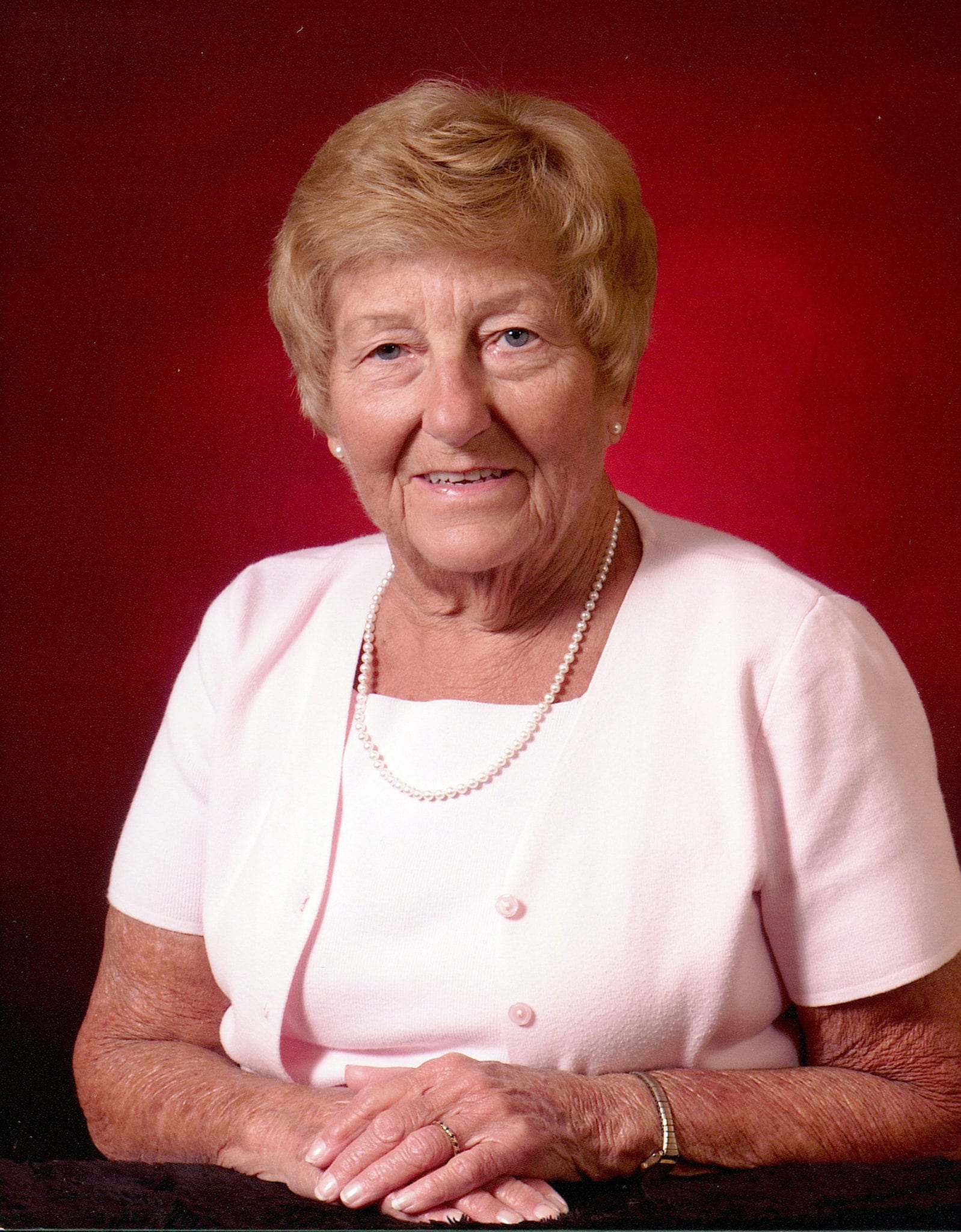 She was born June 18, 1932, in Wheeling, a daughter of the late Frank and Madge “Granny Gert” (Heiner) McCarthy. She was a member of St. Michael Catholic Church in Wheeling, the Soroptimist of Wheeling, and the “Thursday Girls”. She was a R.N. at Wheeling Hospital and the Visiting Nurses Association.

In addition to her parents, she was preceded in death by her husband, Robert M. Emmerth Jr., one daughter, Sharon Emmerth, and one sister, Fannie Jo Gray.

Friends will be received on Thursday, September 29, 2016 from 6-8 pm and on Friday, September 30, 2016 from 2-8 pm at the Altmeyer Funeral Home, 1400 Eoff Street, Wheeling, where a vigil service will be held at 7 pm. Mass of Christian Burial will be celebrated on Saturday, October 1, 2016 at 10 am at St. Michael Catholic Church in Wheeling with Msgr. Joseph L. Peterson and Rev. Douglas Ondeck as concelebrants. Interment will follow in Mount Calvary Cemetery, Wheeling.

In lieu of flowers, memorial donations can be made to St. Michael Catholic Church, 1221 National Road, Wheeling, WV 26003 or through www.tmcfunding.com (Click Here)

Online condolences may be expressed to the family at www.altmeyerfuneralhome.com

Very sorry for the loss of a vibrant wonderful woman. Her quiet manner did not hide her warmth for all. I’m sure the childrens’ sense of humor and zest for living came at least 50% from Aunt Madge. She is missed. Thinking of you, Paul

Dear Emmerth Family,
We are all saddened by the loss of your dear mother. Please know that you are in our thoughts and prayers during this difficult time.

Beth and I loved running into your mother on occasion. She always greeted us with warm friendship. Madge is no doubt walking the trails of heaven with Sheba and Sharon. We miss them all. Love and prayers to you all during this difficult time.

I’m so sorry for you loss. My memories of your Mom are of a loving, sweet woman. My family and I are thinking of you all. I miss seeing your family at Camp Elizabeth! – Brennan

My thoughts and prayers are with you all. I had the pleasure of getting to know your mother when she was a member of the WJU Charter Guild. She is forever with you!!

To the Emmerth family: Thoughts and prayers are with you on the passing of your mom. A wonderful woman and great mother. God bless you all. Jim “Rollo” Paul

To the Entire Emmerth Family
Keeping you in our thoughts and prayers during this most difficult time.
Cherish the memories.

My thoughts and prayers are with the entire Emmerth family. It was great seeing her at the weddings this year and last. She looked so happy and danced the night away and spending time with everyone. She will be deeply missed.

Rich and Karen, Greta and Emmerth Family-I will miss seeing your Mom with Maureen and Shirley and at the Soroptimist meetings. She was always volunteering and helping numerous charities in our community. May she rest in peace. God Bless.

GiGi and family, I am so sorry for the loss of your mom. WThere is no love like a mothers, but I can tell you this…she will always be with you.