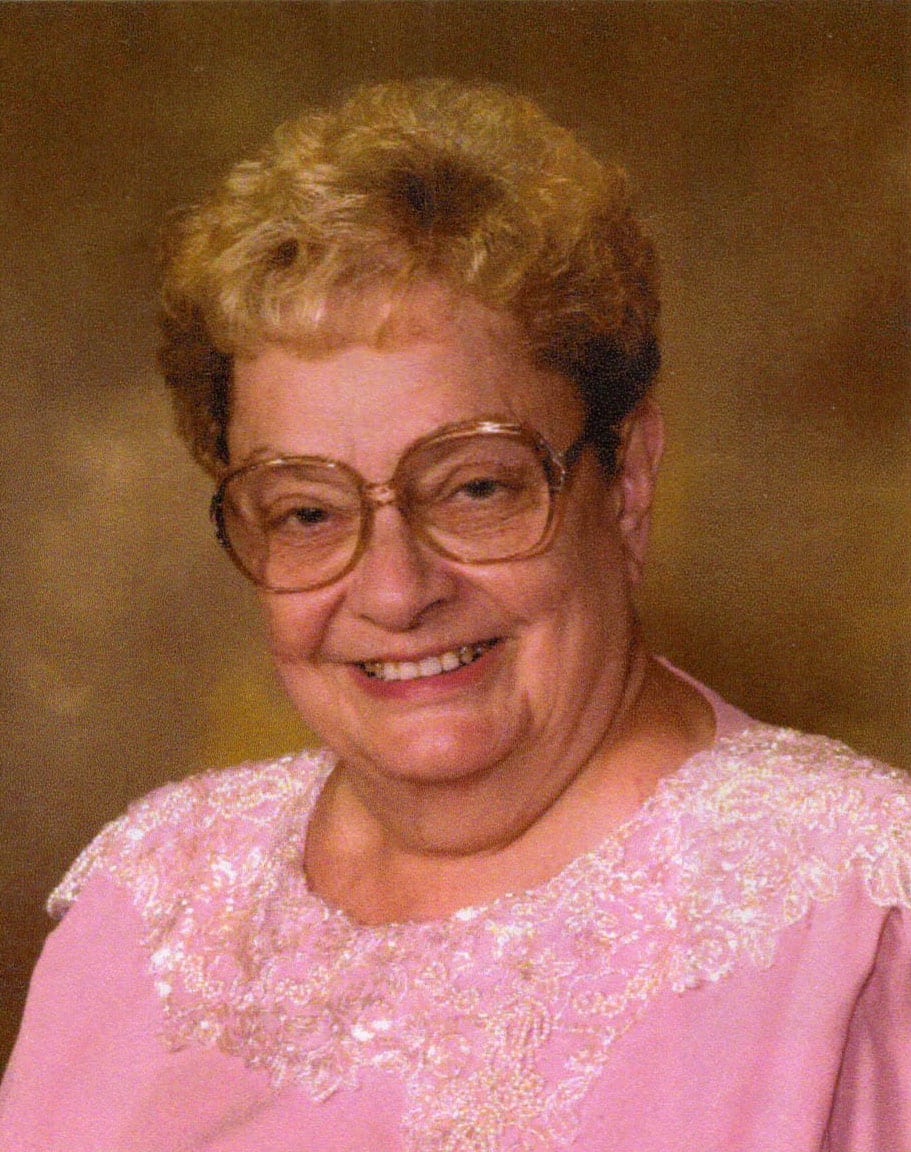 She was born January 30, 1930, a daughter of the late Michael and Alma (Eisenhauer) Kryah. Mary was a member of St. Joseph Cathedral. She retired after 40 years of employment from Bloch Brothers, where she ran the credit union. Mary was a loving and devoted mother and grandmother and an avid Steelers and WVU fan.

In addition to her parents, she is preceded in death by her first husband, John Drosieko; her second husband, Herschel Givens; one son, Michael (Zake) Drosieko; and one brother, John Kryah.

Family and friends will be received from 2-4 & 6-8 pm, Friday, January 1, 2016, at the Altmeyer Funeral Home, 1400 Eoff St., where funeral services will be held at 11 am, Saturday, January 2 with Msgr. Kevin Quirk as celebrant. Interment will take place at Mt. Calvary Cemetery.

Online condolences may made to the family at www.almeyer.com.

Liz and Tre I’m sorry about your mom . We all loved her so much . I live in Kingman Az. Now been here since 2013 i just discovered her passing . She was more a mother to me than my own. Please I’m so sorry I wasn’t there for you girls if you read this my address is Shirley Noble 3855 E Devlin ave. Kingman, Arizona.86409. LOVE YOU LIKE MY SISTER’S LIZ AN TREASA.

Dear Liz and Theresa
So sorry for the loss of your mother. You both will be in my thoughts and prayers during this difficult time.

Liz, I am so very sorry to read of your Mother’s passing. I remember her fondly as a very strong woman. You and your family will be remembered in my prayers.

Sending sympathy to your family. I worked at Swisher International for 20 years and Mary was helpful to me. She will be missed.

My heart goes out to all who knew and loved Memah! She taught us all through her examples of hard work, generosity, forgiveness and humor. Christmas will never be the same without her, and I sure will miss those Euchre games! Memah you will be missed!

I had the pleasure of meeting Mary on a trip to Wheeling to visit Liz with Scott Ewing on Mother’s Day several years back. She welcomed me into her home, gave me hugs, let me play with her dogs and made me feel loved like family. I’ll never forget her smile, warm hugs and hospitality. I feel honored for having known her. God Bless her family during this rough time.

Meemaw was always there with a hug, kiss and food. I’ll always remember having her ship packages from our last visit because we couldn’t carry on all the Adidas clothing we bought. You’ll always be loved and missed greatly.