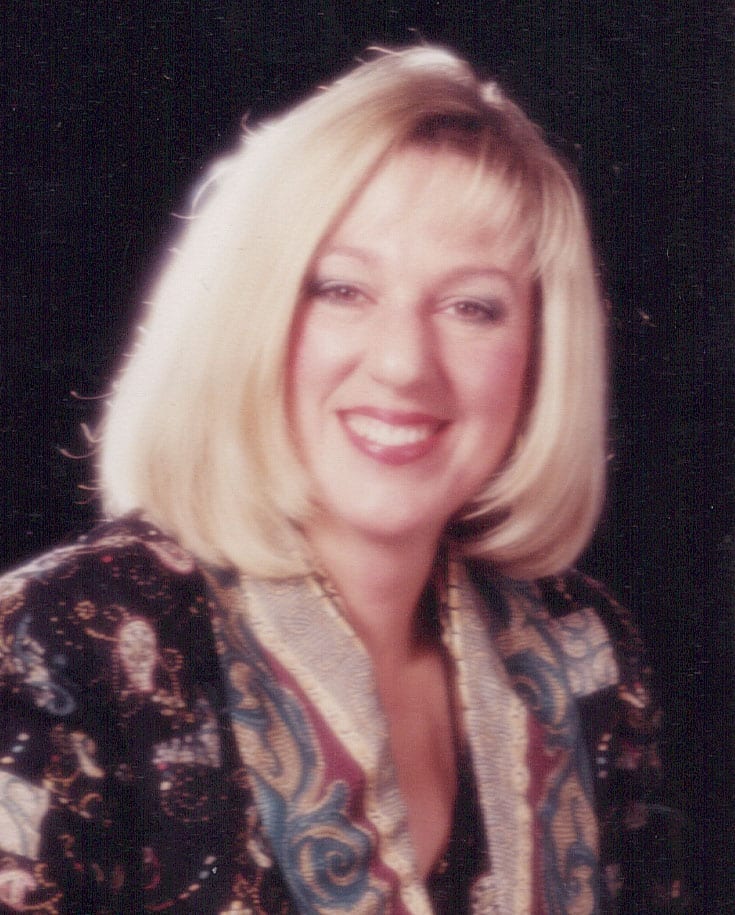 Schneider, Marycarla, 64, of Wheeling W.Va., died Sunday, April 8, 2018.
She was a lifelong resident of Wheeling, born March 11, 1954, in Wheeling, a daughter of L. June “Mona” Schneider living in Virginia, and the late William H. “Doc” Schneider.
She started the 4th generation of the Schneider family in Wheeling. She was a 1972 graduate of John Marshall High School in Glen Dale, and a 1975 graduate of the Pittsburgh Art Institute of Interior Design with a degree in interior design. She worked many years in Wheeling for Neeley’s Grocery, Furniture Galleries, and Stone & Thomas. As she refined her craft and rose to the top, she became a designer for the Festival of Trees, the Showhouses, the Oglebay Christmas Shops, and the Cotillion Ball. She also was a cancer survivor.
For the last 5 years, she worked for Florence Crittenton, Jamboree in The Hills annually, and yet always found time for her family and friends. She will be missed beyond words. She is now resting with GOD.
In addition to her father, she was preceded in death by her paternal great-grandparents, Ludwig “Louis” and Mary Niess Schneider who owned the Butcher Shop at the Lower Market House in the late 1890’s, her maternal grandparents, Jacob A. and Ethel R. McCracken Slonaker, her paternal grandparents, Carl R. and Gladys Kasserman Schneider, who owned the Schneider’s IGA on Eoff Street in South Wheeling from 1928-1992, and her Uncle, Raymond C. Schneider.
In addition to her mother, she is survived by her sister Jana and her husband Dirk Stickdorn living in Virginia; nephew Jacob and his wife Andrea Yackenovich with their two children Emily and Jacob living in North Carolina; nephew Jeremiah and his wife Catherine Yackenovich with their son William living in Virginia; and 32 cousins and their families.
Marycarla at age 10 with her attention to detail saw what others could not, found by the eyes of a child. We love you “Mia”.
Friends will be received on Wednesday, April 18, 2018, from 5-8 pm and on Thursday, April 19, 2018, from 10 am until time of funeral service at 12 pm at the Altmeyer Funeral Home, 1400 Eoff Street, Wheeling. Interment will follow in Greenwood Cemetery, Wheeling.

I lived in East Wheeling and was Marycarla’s neighbor. I used to see her around often. I left for North Carolina and a life elsewhere. Marycarla was one of the kindest and most unforgettable people I will ever know. Indeed, to know her was to love her.

Marycarla will always have a special place in my heart. We met at Fern’s where we worked out together. Our friendship blossomed after that. We just celebrated her birthday last month at the Quaker Steak and Lube and what a great time we had. Memories of that day will be treasured forever! My prayer and thoughts are with each of you.

I met MC years ago at Cabelas Distribution. She was a loving and caring soul. Many prayers for family members and friends.

Mrs. Schneider & Jana, so so sorry for your loss. I am very sad be on words. I went to school with Marycarla. Every five or six years i would run into her. She would fill me in on you, Jana and the boys. Oh how proud she was of those boys .
I give you so much credit for raising such beautiful, nice, humble girls.
Jana I will never forget our Disco days at the swing club. May God bless you and your family at this most difficult time. In his son’s name JESUS i pray for you all.

I met M C through a family member a few years ago, so deeply saddened to hear of her passing. She was a beautiful, loving person. Thoughts and prayers to all the family.

Sending thoughts and prayers to the family, such a very sweet lady, always had a smile on her face and full of life. She will be sadly missed.

My Sincerest Condolences….Words cannot express the loss and shock that went through me as I read HER Obituary on Sunday Morning….Shawn called upstairs and said, you need to come down here…some very, very Sad News>>>>They worked together at Neely’s Grocery , years ago.and she reminisced about Shawn and his Mother Idalu, and her beauty.>>I was in a state of surreal existence, as I sat with my coffee, .I thought, HOW CAN this BE ? I saw her a year ago in our St, Clairsville Kroger, we chatted for 20 minutes>>told me her car was in repair at Gornicks Auto Repair…. ((She always called me Howard, because of my Design Partner Howard Cusic, ASID , 21 years at Rybecks) >>>a Design Team she knew so well) >Her Vivacious greeting and smile, Shawn and I loved her so much>>>(she had just got back from Florida, if I recall )>>>>I am a Retired Interior Designer of 42 Years, Rybeck Studios / Interiors Inc. and HTH Interior Design, Inc ..Marycarla and I had such a history together, our paths crossed many times, working on The Oglebay ShowHouse Projects….There were 5 ShowHouses from 1985-1993. She was a recognized Designer and part of this magnificent layout, possessed a great Flare and Statement with her Design Work, a very gifted woman and exquisitely TALENTED, COULD SHE CREATE !!! I remember when Marycarla was at Stone & Thomas for years, and KNOWN.>>>She always complimented my finished projects, and she would say,” HELLO HOWARD, THIS IS WAY OVER MY BUDGET, just gorgeous, LOL, LOVE THE HIGH END WORK,YOU ARE KNOWN FOR..WE WOULD EXCHANGE TRADE SECRETS, AND JUST LAUGH.>>>>>>>I always hugged her as we parted ways…NEVER to again !! >>MANY TEARS..>>>>Sending Prayers to you and her Immediate Family.

I amso sorry to hear of Marycarla’s passing. I’ve thought of ourtime in school, scouts, church from first grade on. She was a true lady. June and Jana my prayers surround you.

Jana so sorry for the loss of Mary Carla my thoughts and prayers are with you.

I had the pleasure of working with MaryCarla at FCH. She always had a smile and a kind word for everyone. My deepest sympathies with her family during this sad time. Rest in peace MC.