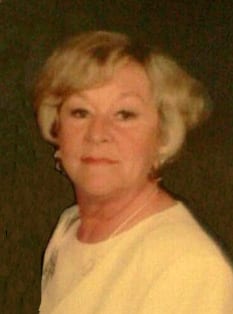 Maxine was born March 25, 1936 in Moundsville, a daughter of the late Aaron and Tina (Allenby) Harlan. She was a 1954 graduate of Moundsville High School, where she played the flute in the band. She was a former legal secretary for the Thomas Gall, and Madden & Hughes Law Firms; and an active member of the Hillview Terrace Church of Christ and supporter of the W.V. School of Preaching, Moundsville.

Maxine was a former 4-H leader; enjoyed participating in plays; was an avid singer, having sung in several weddings; and directed Sammy Kaye and his Orchestra. She had a heart of gold and was truly Almost Heaven’s “Mountain Mama”.

In addition to her parents, she was preceded in death by her husband of 60 years, Thomas Ward Berisford; a brother, Allen B. Harlan; a sister, Wilda Jean O’Neil; and a grandson, Jeremy C. Fisher.

Friends will be received at the Altmeyer Funeral Home, Lutes & Kirby-Vance Chapel, 118 Grant Avenue, Moundsville, on Thursday, from 2-4 & 6-8 pm, and Friday, September 25, 2015, from 1 pm until time of funeral services at 2 pm, with Bro. Gene West officiating. Interment will be in Riverview Cemetery, Moundsville.

In lieu of flowers, memorial contributions may be made to the W.V. School of Preaching, P.O. Box 785, Moundsville, WV 26041. Online condolences may be offered to the family at www.altmeyer.com

We are so so for the loss of your Mother. You have our deepest sympathy. Tonya and Dan Jenkins

We send our love and prayers to the family. Dale and Estle Harlan (cousin)

my deepest condolences to the Berisford family.She is in heaven with dad now.I love you so much mom and dad.Till we meet again.RIP mom. from little Donnie

Sorry for your loss. Very tough losing a mother. Thinking and praying for your family at this very difficult time.

Prayers for aunt Delores, Naomi, Joanne, and the rest of the family during this time. Miss you aunt Maxine.

To Don and family, please accept my condolences for the loss of your mom. She put up with a lot crap from us back in the day. She wasn’t fond of the loud rock and roll we were doing. May she rest in peace.

I am very sorry for your loss. My heart goes out to you in this difficult time. I hope you may find comfort at Revelation 21:4, “And he (God) will wipe out every tear from their eyes, and death will be no more, neither will mourning nor outcry nor pain be anymore. The former things have passed away.” We can look forward to the time when God will take away all reasons for distress and he even gives us a hope of a resurrection. (Acts 24:15) If you’d like to learn more about this beautiful hope, you can visit jw.org.