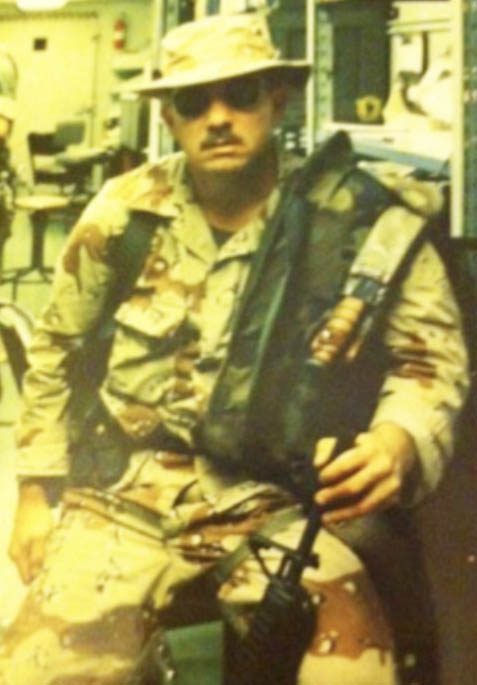 Michael Hannig Doyle, also known as Mike, Pops, Pop Pop, Papa Smurf, Dad, Gunner .Lived to be 69 years of age. Resident of Wheeling, West Virginia .Born and raised in Wheeling, WV, Mike was a local boy who proved to be a force on the wrestling mat. It was apparent at a young age that he would fight for what he loved and believed in and he did so his entire life. The only things that changed were the causes and ideals he was fighting for. He would fight for what was right and do so regardless of repercussions.
From the day he enlisted in the Marines he was selected to commission to warrant officer. The leader in him shined beyond his rank through his career. He proudly served his country for 24years in the USMC in which he was fighting for the rights and freedoms of all Americans. He moved through ranks with his sheer power of will to always be the best at everything he did.
There was no stopping him. He proved himself in Vietnam, Desert Storm, and even at sea when he saved many lives in preventing what could have been a total disaster. He earned his stripes up to becoming a Chief Warrant Officer 4. He was driven by always doing what was right and he pissed off a lot of his superiors in doing so but he always did what he knew was the right thing to do.
He was relentless in all his battles and in doing so, became a hero to many. From fighting on the battlefield to coaching wrestling teams for his kids to leading his peers on the softball field; Being a leader was a lifestyle choice for him. He reminded everyone around him to hold on to their principles and fight for them no matter the cost.
As he wound down his military career he stayed in the fight and worked as a civilian in Kuwait for many years. He supported the local community as coach and mentor to the youth while he was there. He was always helping those less fortunate than he, even with nukes flying over head, he was there to serve. Knowing that he had escaped death many times, he was grateful for all that he had and knew that if he wanted to keep that, he had to give it away and without expectation of return.
When he finally returned home to Wheeling and into retirement he did not retire at all. He continued in his passion of serving others and did so alongside the American Legion, Veterans of Foreign Wars, Alcoholics Anonymous, and as a founding member of the Northern Panhandle Veterans Council. He gave his all in supporting countless people through their addictions into sobriety, supporting veterans from homelessness back into lives of dignity. He did so much work that he was recognized with the award for service, The Chapel of the Four Chaplains. For this his name was permanently added to the Chapel Wall at the Naval Shipyards in Philadelphia , PA.
He accomplished many great things but if you asked him what his greatest accomplishment was he would tell you it was his kids.
Preceded in death by Bruce Doyle. Survived by his loving wife Lynette Doyle and children Kelly (Bill) Hay, Charles Keys, Katherine (Rob) Doyle-Steenburgh, Patti (Ashley) Doyle; siblings Betsy Doyle, Patrick Doyle (Judy), Matthew Doyle (Chris), and Dan Doyle (Cindy) ; 11 grandchildren.
Friends will be received on Monday, Sept. 27, 2021 from 2-8 pm at Altmeyer Funeral Home, 154 Kruger Street, Elm Grove, Wheeling. Services will be held on Tuesday, September 28, 2021 at 1:00 pm with Rev. Jeremiah McSweeny and Rev. Paul CaBrita officiating. Interment to follow at Mt. Calvary Cemetery, Wheeling with Full Graveside Military Honors
** In lieu of flowers, please make a donation to Helping Heroes of America in Mike & #39;s honor. <https://helpingheroesofamerica.org/cause/donate-now/>.

My sincere condolences to the Doyle family on the passing of Mike. I have fond memories of Mike when he wrestled at wheeling central, he was one of the Maroon Knights best! I had the privilege of working the OVAC wrestling tournament with Mike the past several years. Mike was a great guy to be with and share stories with. Mike was a true patriot. He will be missed! My thoughts and prayers are with his family.

I would like to extend my sympathy to your entire family and thank you for sharing your loved one with our country. I was coming through Elm Grove this afternoon and getting ready to make a turn into Walgreen’s. The procession was coming towards our car. I noticed the Marine flag, the American flags and the large group of vehicles that followed. I would like you to know that not only my lane stopped to allow the procession through but the people in the lane going straight, who did not have to stop, also did stop to pay their respect. I did not know your loved one but very much value our military heroes so it made me curious to know who this was and I found this information. I am sorry I never got to know this man who defended our country and impacted the communities where he lived. It sounds like he was a hero to many in many ways. I feel priviliiged to be able to pay my respect. I just wanted to let you know that this was noticed by those that you passed today.

I was sorry to hear about Mike. It’s been a long time since I last saw Mike but I remember our times on the Pike Cubs and playing pick up football. Mike was also the toughest kid on the block and his obituary confirmed that. My condolences to the Doyle family –

I can’t thank Mike enough for what he did for my son and so many others! God Bless Mike and the entire Doyle Family

I worked on the celebration for the American Legion 100th anniversary with him
He talked me into joing the unit 0001 auxiliary . he will be missed he was a great guy. Thank you for your service. R.I.P. Marine.

I graduated with Mike from High School. So glad I got to see him at the reunion. The family has my deepest sympathy with your loss of a loved one. To his children, my father was a marine also. He was very proud of that. I have come to realize that through the years. The marines are tough guys for sure! I am sure you all are proud of all the good he has done.

Pat, Matt, Dan and the entire Doyle family, I am so sorry for your loss of Mike.

Cindy & Danny, I’m so very sorry for your loss. My deepest sympathy to you and your family.
Daina & Dwaine

Coach, I am broken hearted of your passing, but I know the good lord above has welcomed you with open arms! Thank you for giving me the opportunity to coach along side of you at West Hills HS in Santee, CA. Your dedication to improving lives of young people through the sport of wrestling will forever have an impact on me. One of these days soon, I will make my way to Wheeling, WV to pay my respects! Thanks again Coach, RIP! Love and friends always, Coach Josh