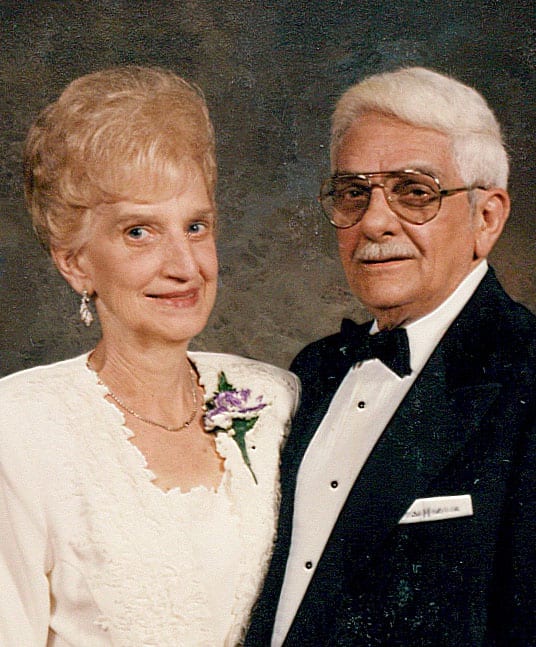 She was born on April 22, 1937 in Wheeling, daughter of the late Benjamin & Bertha (Applegarth) Fonner.

Nancy was a homemaker, member of the Cathedral of St. Joseph, Ladies Elks #28. She was an avid sports enthusiast and loved her music and dancing.

In addition to her parents she was preceded in death by her husband of forty plus years, Michael Parisi; three brothers, Harry, Richard & Benjamin Fonner and sister, Kathryn Riggle.

Friends will be received on Friday, February 15, 2019 from 3-8 pm with a vigil at 6pm, and again on Saturday, February 16, 2019 from 9am until time of funeral service at 10am at Altmeyer Funeral Home, Wheeling Chapel, 1400 Eoff Street, Wheeling. Entombment will follow at Mt. Calvary Cemetery, Wheeling.

I’ll always remember Nancy as being the life of the party, full of energy and loving to dance. She was a good friend with the kindest of hearts. She will be missed dearly.

Please except my condolences. May you find comfort in knowing that your dear one is safe in the memory of God, who will remember every detail about her and bring her back again. John 5:28, 29 gives this assurance.

Nancy I will never forget you , I truly loved ❤️ You with all my Heart. We had some wonderful times together. We shared many of tears . Cindy Mckenzie

Grandma Parisi was such a wonderful lady. I’m so grateful I got the chance to meet her. My prayers and heart go out to the family.

You will be truly missed Nancy.

Thank you mom for all you have done for us over the years, you will be dearly missed! Until we see each other again, rest in peace.