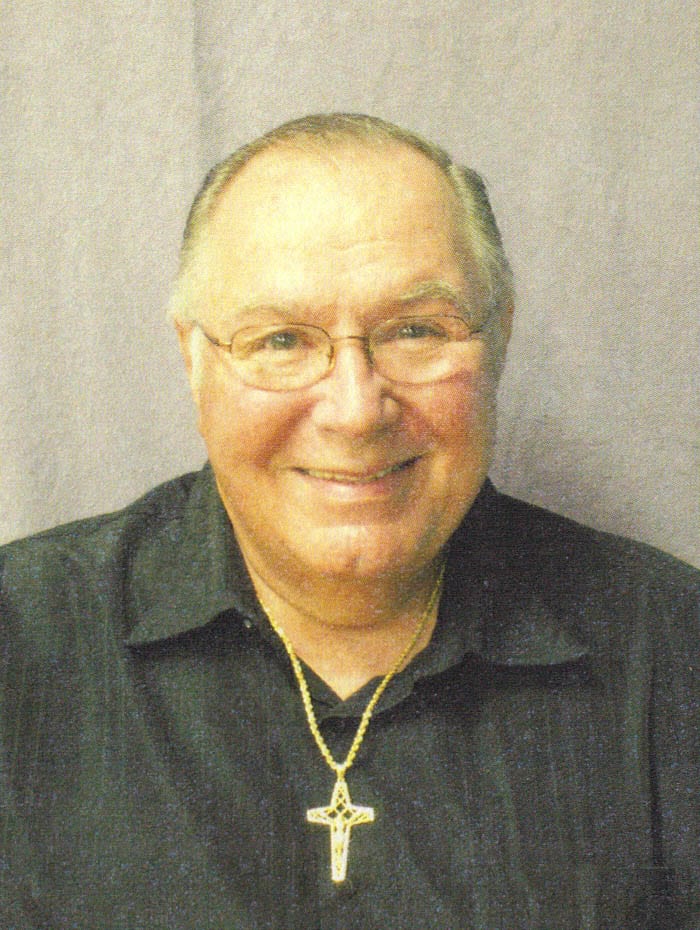 Conti, Natale “Nick” , 74, of Wheeling, died Sunday March, 12, 2017 after a three year battle with multiple myeloma cancer in Wheeling Hospital.
He was born May 22, 1942 in Wheeling, the son of the late Luigi and Philomena Epifano Conti.
He was a retired coal miner for Consol Energy, Shoemaker Mine, , a member of Knights of Columbus Carroll Council #504 , 4th degree, a member of Mt Olivet Knights of Columbus 3rd degree, Elm Grove Eagles, Wheeling Elks Chaplain and 2nd degree Knight, a dedicated volunteer for Catholic Charities and a member of St. Joseph Cathedral Choir, Wheeling
Surviving are his wife, Marcella A. Emmerth Conti. two sons, John R. Conti of Naples, FL., Steven J. Conti and his girlfriend Katie Scanlon of Springfield, VA., , two brothers, Rudy Conti (Rettie) of Wheeling, Thomas Conti of San Antonia TX.,, a sister, Anna Rose Avery of Milton, FL., two grandchildren, Marcus Conti of Naples, FL, Kaitlyn Conti of Fairfax Station, VA. , several nieces and nephews.
Family and friends will be received on Wednesday March 15, 2017 from 12:00 pm -8:00 pm at Altmeyer Funeral Homes, 1400 Eoff, Wheeling, WV. Mass of Christian Burial will be on Thursday, March 16, 2017 at 10 am at St. Joseph Cathedral, Wheeling with Monsignor Kevin M. Quirk as celebrant. Interment will follow at Mt. Calvary Cemetery, Wheeling.
Vigil services will be held on Wednesday, March 15, 2017 at 6:00 pm at the funeral home, followed by Elks Memorial Service at 6:30
A funeral luncheon will be held immediately after the interment at Wheeling Elks, 4706 Jacob Street, Wheeling.
Online condolences may be made to the family at www.altmeyerfuneralhomes.com <https://altmeyerfuneralhomes.com>

To the family of Natale Conti, I am truly sorry for your loss. May you take great comfort in knowing God “is close to the brokenhearted.”(Psalms 34:18) With sincere sympathies, Evan.

I remember Nick from Union High. He was always a nice guy who had lots of friends. Sending my sympathy to his family

Marcela and family, we are so sorry to hear of Nick’s death. He was special and loved all of you very much. I am sure he is singing in the heavenly choir with all the angels!! Love and prayers to you. We will always have wonderful memories. Jamesie and Steve Beecroft

Eternal rest grant unto him O Lord and let perpetual light shine upon him. May his soul and the souls of all the faithful departed through the mercy of God, rest in peace. Amen

My sincere and deepest condolences to the family and friends of Nick. Denny Albaugh