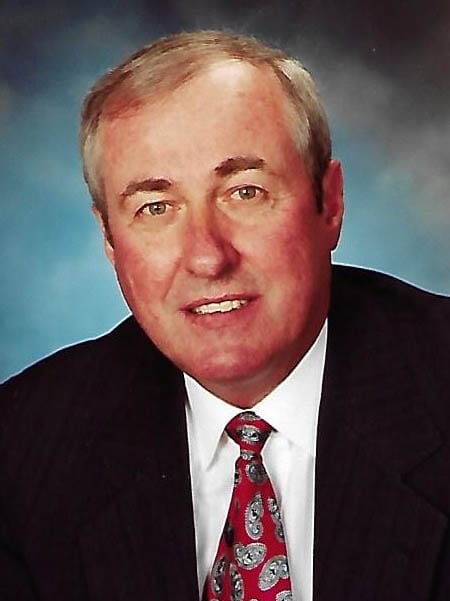 Nelson James Wagner Sr., 84, formerly of Wheeling, West Virginia and The Villages, Florida passed away on May 16, 2021, peacefully in his home. Beloved husband of the late Pauline (Chiazza) Wagner for 37
years. Devoted father of Nelson and his wife Kathleen of Sarasota, FL, Edward and his wife Laurie of Kennesaw, GA. Adoring Grandfather to Lauren, Samuel, and Benjamin. Brother of Edward Jr. and Barry
Wagner. Treasured uncle to many nieces and nephews.
Nelson Sr. was born on February 7, 1937 in Wheeling, WV, the son of Edward Sr. and Betty (Ratcliffe) Wagner. Nelson attended Wheeling H.S. and upon graduation enlisted in the U.S. Army serving in
Okinawa, Japan. He returned home in 1960 to marry his beloved wife Pauline, settling in Wheeling, WV where they raised their two sons. Nelson Sr. was active in West Virginia politics while working for
Wheeling-Pittsburgh Steel. After working in the steel factories for 17 years, Wagner served as the President of Wheeling-Pittsburgh Steel Beach Bottom Union for 18 years. After retiring in 1999, Nelson
Sr. relocated to The Villages, FL in 2003.  From Nelson’s days in West Virginia to playing golf at The Villages, where he loved his cheeseburger special at the country club, his love of golf and sports ran deep. Without words, Nelson’s family felt his love and devotion. He never tired of watching or talking about his grandchildren, WVU football and basketball teams. #ALMOSTHEAVEN #GOMOUNTAINEERS
Visitation will be held at Altmeyer Funeral Home, 154 Kruger St. from 4-8 pm on Friday May 28, 2021.  Mass of Christian Burial will be held at St. Vincent de Paul church at 12 pm on Saturday May 29, 2021.
Interment to follow at Mount Calvary Cemetery, Wheeling.

With deepest sympathy,for your family’s loss.

Heartfelt thoughts to the Wagner family in this time sorrow.

Rest In Peace my friend. !!

My sincere and humble condolences to the family and friends of Nelson. Denny Albaugh

Wagner family,
So sad to hear of the passing of Nelson. His kindness to me when I was at Wheeling Central was always appreciated. What a good and decent man. “Daddy Wags”, hope you revel in all the good memories. Coach Paul

Condolences to Nelson’s sons, grandchildren, and brothers. He will certainly be missed. Nelson was an honest, hard-working, and caring man. His life touched so many others in a positive way. Good memories of good times will eventually ease the pain of his loss.

May your memories of Nelson James Wagner, Sr., give you peace, comfort and strength…