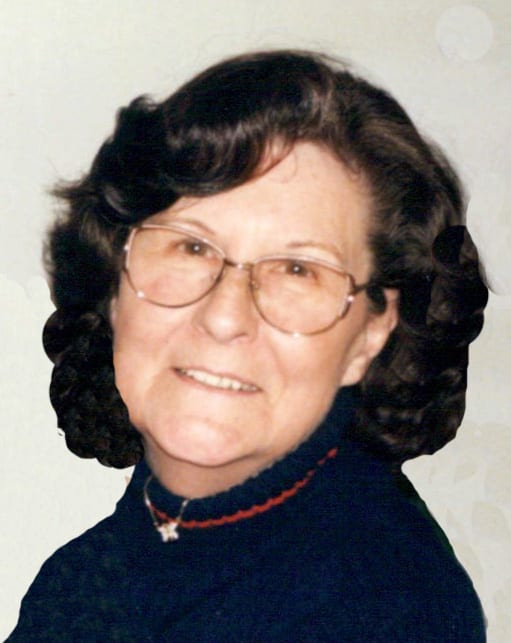 Olga attended Corpus Christi Grade School and graduated from Warwood High School. After high school, she worked at Continental Can Company. She married and then became a homemaker until her husband died. She worked at L.S. Good & Co. department store in Wheeling as a gift wrapper. Olga retired from Ohio Valley Medical Center as a Pharmacy Technician which she referred to as one of the best times of her life.
She loved watching college and pro football. she loved her family and loved her pets, Babe, Zsa Zsa, Tillie and Jimbo.

In addition to her parents, Olga was preceded in death by her husband, Ralph J. Gilbert in 1975; son and daughter in law, Terry and Kathleen Gilbert, siblings, Julie Konoski, Della Jones, John Mataya, Helen Mozney and Wanda Bettinazzi.

Friends and family will gather on Saturday, November 7, 2015, from 10:00am until time of Memorial Mass at 11:00am at the Chapel of Mary and Joseph on the Campus of Wheeling Jesuit University, with Father Harry Geib, S.J. as celebrant.

In lieu of flowers, memorial contributions may be made to the Ohio County Animal Shelter, Wheeling, WV 26003