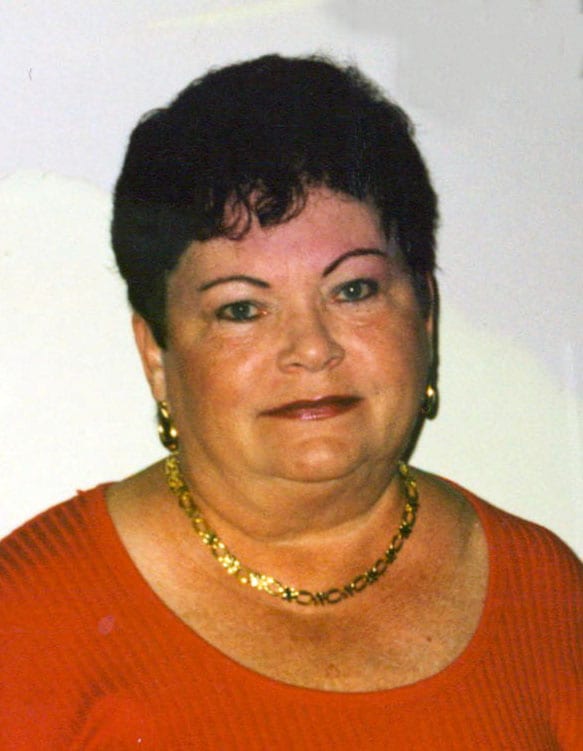 She was born July 25, 1939, a daughter of the late Glenn and Helen (Lucey) Richmond. Patricia was a Catholic by faith.

In addition to her parents, she is preceded in death by her four sisters, Sandy Haglock, Bertha Rabbit, Betty Mogielski, and Shannon Danehart; and two brothers, Berry Shannon and Glenn Richmond.

Family and friends will be received Friday, July 3, 2015 at the Altmeyer Funeral Home Wheeling Chapel, 1400 Eoff Street, from 1 pm until time of service at 3 pm, with Rev. Glen Baker Jr. as celebrant.

Memorial contributions may be made to the Wheeling Soup Kitchen, 1610 Eoff Street, Wheeling, WV 26003.

May the family find comfort in loving memories, and in knowing that God is “close to those that are broken at heart; and he saves those who are crushed in spirit.” (Psalm 34:18) Our loving Creator, Jehovah God, has promised to soon “swallow up death forever…and wipe the tears from all faces.” (Isaiah 25:8) With deepest sympathy. For more scriptural encouragement, visit jw.org.

So sorry to hear this. I worked with Pat for many years at the DHHR and have fond memories of those times. Sincere sympathy to her family. You will be in my thoughts and prayers.

My friend, remembering our years of friendship, memories of walking to work with you, the laughter the tears.. Your love for your family and your love of clowns.. RIH