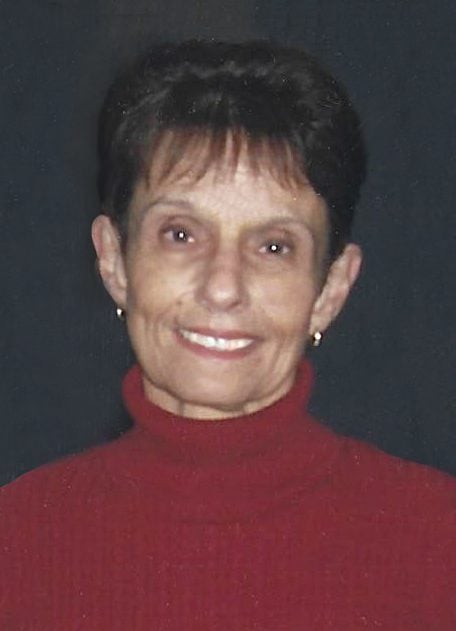 Catherine Patricia “Patty” Kendall Templin Torbett, 81, formerly of Wheeling, passed away on September 19 in Westfield, IN.
She was born September 9, 1940, in Wheeling WV, daughter of the late George W. Kendall and Helen Canty Kendall. She graduated from St. Joseph’s Academy in Wheeling in 1958. She married the late Joseph F. Templin in 1960.
She was a homemaker for over 20 years and was later employed in the Service department of John Sisson Motors in Bethlehem. She married the late Paul E. Torbett in 1994.
She loved spending time with her children and grandchildren, hosting big family dinners, reading, and walking daily throughout Bethlehem. She was a member of St. Vincent de Paul Catholic Church.
She is survived by her five children: Joseph Templin, Jr, (Charlene) of Wheeling; Lori (Robert) Riser of California, MD; George (Sarah) Templin of Wheeling; Lisa (Brad) Shafer of Wheeling; and Terri (Steve) Powell of Carmel, IN, and 14 grandchildren, Ryan, Tony, Stacy, Andy, Alexis, Regan, Rachel, Samuel, Michael, Nate, Kendall, Madison, Emilie, and Luke, and 8 great-grandchildren. She is the forever best friend of Gennie Kuca of Warwood.
A memorial gathering will be held at Altmeyer Funeral Home in Elm Grove on Friday, September 24, from 6-8 pm. A vigil service will be held at 8 pm. Mass of Christian burial will be celebrated on Saturday, September 25, at 10 am at St. Vincent de Paul Catholic Church. Interment will follow at Mt. Calvary Cemetery. Masks are encouraged at the memorial gathering and are required at the funeral Mass.
In lieu of flowers donations can be made to: Oglebay Foundation at https://www.oglebayfoundation.org/give or Dotted Line Divas at https://www.dottedlinedivas.org/donate/monetary .

I have been thinking of your family. I know your mom was really special to you. May she rest now.

Joe, Lori, George, Lisa and Terri,
My sincere condolences to you and your extended family in the loss of your Mom.
I have good memories of her when she lived in Bethlehem and worked at Sisson’s.
She was always pleasant to speak to and funny as well. She will definitely be missed. May she rest in peace.

Patty was like a second mother to me. She always welcomed me warmly and I will never forget her. She created a terrific loving family. My love to you all.

Prayers for Patty’s family. She always treated me like one of her own. I will miss her greatly.

Lisa and Brad,
I am so sorry for your loss.

Patty, truly was one in a million. I will forever and ever miss her. Prayers to all.

So sorry to the family and friends of Patty,she will be missed.

So So sorry about the passing of Patty, she was a friendly and loving person, she will be missed.

DECADES ago I remember you living across from my aunt and uncle. ALWAYS a smile on your face. ALWAYS just a beautiful, wonderful person. (And I remember trick or treating at your house.)

My condolences to your entire family. Patty was one of the kindest women I have ever met. Easy to talk to and a good listener. Always cheerful. She will be missed by so many.