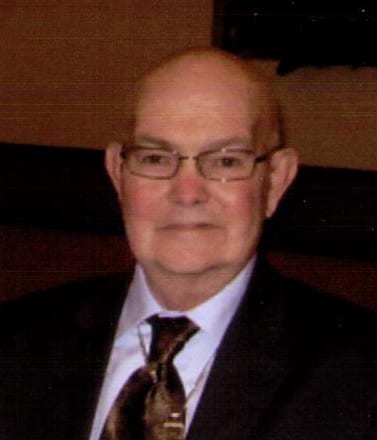 Paul W. Rine, 72, of Moundsville, passed away Sunday, March 6, 2016 at home, surrounded by loving family.
He was born June 28, 1943, a son of the late Roy and Addie (Standiford) Rine. Paul was a loyal member of Simpson United Methodist Church, Moundsville. He was a life time truck driver, who retired from Wal-Mart after driving for over 15 years. He was a member of The Teamsters Union, Ohio Valley Old Iron Power Club, and active with Relay for Life. Paul was a hard worker who enjoyed being hands on with anything mechanical; he loved his family and friends and would do anything for them.
In addition to his parents, he is preceded in death by his loyal companion, Baron.
Paul is survived by his loving wife, of 52 years, Joyce (Sheaffer) Rine; two daughters, Lucinda “Cindy” (John) Murphy of Daytona Beach, Fla., and Melinda “Mindy” (Keith) Caldwell of Moundsville; one brother, Jay (Jean) Rine of Moundsville; four grandchildren, Justin and Nathan Murphy, and Michael and Makenzie Cochran; two great-grandchildren, Dakota and Ryot Cochran; several nieces and nephews and many friends.
Family and friends will be received Wednesday, March 9, 2016 from 2-4 & 6-8 pm at the Altmeyer Funeral Home, Lutes & Kirby-Vance Chapel, 118 Grant Ave., where funeral services will be held Thursday, March 10, at 11 am with Pastor Dennis Mehaffie as celebrant. Interment will take place at Riverview Cemetery.
Memorial contributions may be made to Relay for Life or Simpson United Methodist Church in C/O www.tmcfunding.com.
Online condolences may be made to the family at www.altmeyer.com.

Paul, you were a great friend, work associate, a person I loved to talk to for hours on end. This is something I, or no one and prepare for and will be greatly miss, you won’t be forgotten. Your now with Lord, and in a better place and no pain.