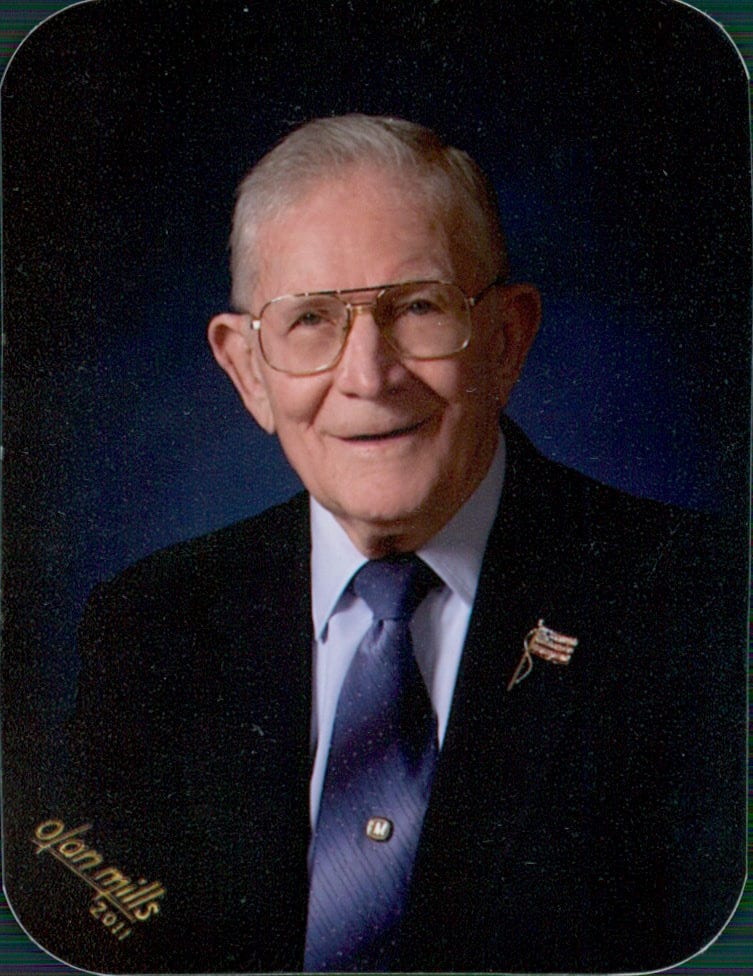 Paul Wendle McGinnis, 90, of Wheeling, WV, was Born to Eternal Life, peacefully surrounded by his loving family on Saturday, February 13, 2016.

He was born December 13, 1925 in Wheeling, WV, son of the late Archibald B. and Alice Mary (Conrad) McGinnis.

In addition to his parents, Paul was preceded in death by three brothers; John Conrad, Charles Robert, and Carl Adrian McGinnis; and a sister, Mary Kathryn McGinnis Horne.

Paul was a graduate of Triadelphia High School and attended St. Joseph’s Collage in Hays, Kansas. He was retired from Siemens Corporation and a member of Our Lady of Peace Catholic Church.

In 1943, at the age of 17, Paul enlisted in the U.S. Navy where he achieved the rank of Signalman 3rd Class. He was assigned to the heavy cruiser USS Indianapolis in the South Pacific. On its final voyage in 1945, the ship was torpedoed and sunk. Of the 1197 men on board, only 317 survived the 5 days lost in the sea. Through the grace of God, Paul was one of the survivors.

His naval experience guided much of his life, in the fact, that each day was a gift. He never tired of living and learning. Whether it be fixing just about anything, fishing with his grandson, painting, square dancing, mastering the computer with his granddaughter, clock making, or his favorite, wood working. His greatest legacy, though, was the love, help, never ending time, and example he gave to his family and friends. Our sweet “Poppa” will be missed.

Family and friends will be received from 6-8 pm, Tuesday, at the Altmeyer Funeral Home, Elm Grove Chapel, 154 Kruger Street, Wheeling, where a vigil service will be held at 8 pm. Mass of Christian Burial will be celebrated at 10 am, Wednesday, February 17, 2016, at Our Lady of Peace Church, 640 Old Fairmont Pike, Wheeling, WV, with Rev. Dennis Schuelkens as celebrant. Interment with Military Honors will follow in Mount Calvary Cemetery, Wheeling, WV.

A special thanks to our Home of the Good Shepherd “Angels” and Dr. William Mercer, who provided such loving and compassionate care for him and his family.

I’m so sorry for your loss. Daddy (Kenley Lanter ) will be happy to see him. I always have loved both of you because I knew dad did. Hugs and prayers.

My condolences to Marcella and all who had the fortune of knowing Paul. He was a genuinely funny, loving, and interesting man – and a hero. The time I spent with him discussing his experiences connected to the USS Indianapolis will forever be treasured in my heart. The time I spent laughing with him, Jim Belcher, Rescuer Peter Wren, and other Indy family members as we traveled and told their stories will forever make me smile.

Marcella, you and your family are loved. Thank you for sharing Paul with the rest of us. We are better people for knowing him.

Paul:
We briefly spoke on the phone several years ago. My old boss at The Hays Corporation, Harlan ‘Red’ Twible, was an Ensign on the USS Indianapolis. He has emailed and written several accounts of your ‘ordeal’ aboard the Indianapolis. As a former Sailor, an Aviation Electrician’s Mate, my carrier sailed near your course. I’ve spent some time in the South Pacific. Godspeed!

Dear Marcella , My prayers and sympathy are with you in the loss of Paul. He had a full life and I enjoyed reading of his World War II experiences in the book he donated to the CCHS library. He always accompanied you to our reunions. As time passes may memories of Happy times bring you peace and comfort. I am sorry that I will not be with you today but I will have a Mass offered at Mt. St. Joseph for the happy repose of his soul.
Love and prayers ,
Sister Mary Florence Burke

Marcella, Caren and I extend our deepest sympathy to you and your family. Paul was a wonderful man I had the pleasure of working with at Siemens Medical and will always remember him.

My condolences to you Kathy and your family. Your Father was special and so reminded me of my Father. Thinking of you

I know you and Grandaddy (Felton Outland) must be having a big time in heaven right now. It was a blessing to have you in my life.

Sorry to hear of Paul’s passing, but happy that he went out peacefully and to have known and worked w/ him for several years (still remember using water level tubes and doing 3-4-5 method to find straight lines for equipment installation). He’ll be in my prayers.

Poppa was one of my favorite people to talk to every Christmas Eve. When I got married and brought Christopher home for his first Gompers holiday party, he found easy conversation with Paul, and he looked forward to seeing him every time we were in wheeling for the holidays. I will always remember his gentle spirit and infectious smile. Xo to all of you.

So sorry to hear of your loss Marcella and family. Paul was a very special part of my life while working for Siemens Medical Systems. I have shared his story of survival with many people over the years. He was a hero. Lord, those who die still live in Your presence, their lives change but do not end.