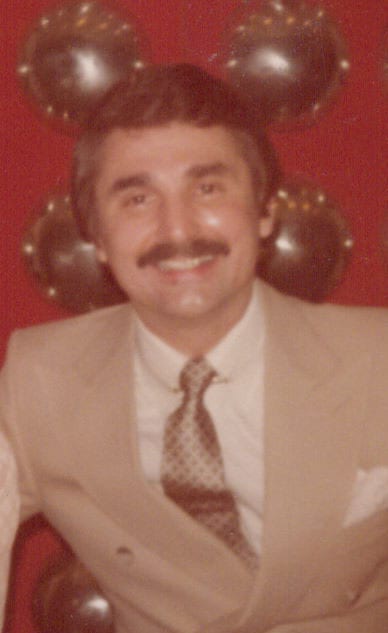 Philip Michael Shapaka, 77, of Wheeling, passed away Saturday, July 2, 2016 in Wheeling Hospital.
Phil is survived by his loving wife, of 53 years, Shirley (Baier) Shapaka; one sister, Carole (Lanny) Sacco of St. Clairsville, OH; two sisters-in-law, Gloria Baier-Francis and Carol Baier-Lemon both of Wheeling; and ten nieces and nephews, Jo Ellen Henderson, J.L. (Amy) Baier, Scott Baier, Rodney Baier, Stuart (Cathy) Baier, Christopher Baier, Michelle Gast, Lisa (Matt) Kennedy, Amy Morgan, Kristin (Dale) Sacco-Smith, Kevin (Lori Brown) Sacco, and Megan (Jason) Sacco Bailey.
He was born June 1, 1939, a son of the late Michael and Josephine (Bober) Shapaka. Phil was a Catholic by faith and a U.S. Army Veteran. He was Central Catholic High School graduate, where he played for the basketball and baseball teams and pitched a no hitter; later he attended, the former, Wheeling College and was on the first basketball team. Phil loved sports, his favorite teams where the Pittsburgh Steelers and the Miami Heat. He was an avid golfer. He retired from Edison Brothers Stores as a regional manager and Assistant Vice President.
Family and friends will be received Friday, July 8, 2016 from 4-8 pm at Altmeyer Funeral Homes, 1400 Eoff Street, with a vigil service at 4 pm. A mass of Christian burial will be held Saturday, July 9, at 11 am with Monsignor Kevin Quirk officiating. Interment will be held at the convenience of the family.
In lieu of flowers, memorial contributions may be made to Catholic Charities Neighborhood Center or National Parkinson Foundation in C/O www.tmcfunding.com

Condolences may be offered to the family online at www.altmeyer.com

My family and I would like to express our deepest sympathy over the loss of your dear Phil.
May you find comfort in your loving memories and the warmth of family and friends. A scripture that has uplifted me during times such as this is found at Revelation 21:4. There it describes a time when death and pain will be gone forever after God restores his original purpose for the earth. We will even see our loved ones again who we have lost in death (John 5:28 & 29). It is our hope that these words bring you a measure of comfort during this difficult time as well. Once again, please accept our condolences as you deal with your loss.

Shirley, I am so sorry to hear about Phil (my cousin, and my Godfather) my thoughts and prayers are with you and family at this difficult time. My deepest sympathies.

Shirley,
We are so sorry to hear about Phil. Please know you and the family, specially the kids are in our thoughts and prayers! May God wrap his arms around you all and help you all through this terrible time. God has truly gained an angel!!!!!

May your memories of Philip Michael Shapaka, give you peace, comfort and strength…

So sorry to hear about Phil my deepest sympathy. Friend from Margate.

My sincere and deepest condolences to the entire family and friends of “Phil”. Denny Albaugh