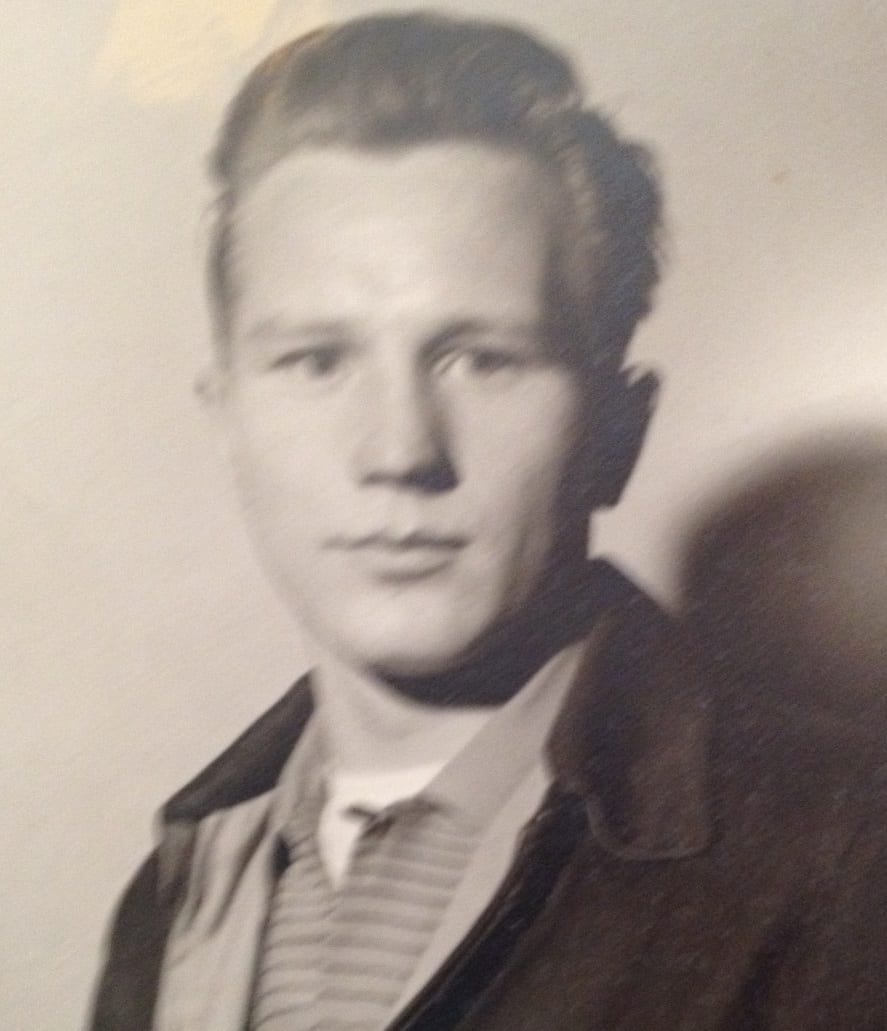 Rezso “Raymond” Palotay, 83, of Wheeling, passed away Tuesday, April 18, 2017, surrounded by family.
He was born September 5, 1933, in Budapest, Hungary, a son of the late Rezsõ Sr. and Irén (Lesch) Palotay. Rezso was a member of Our Lady of Lebanon Catholic Church. He served in the Hungarian Military until he immigrated to the US in the 1950’s. He was a machinist by trade, and retired after a long career from Mull Machine Company.
He was a truly loving father and devoted husband. Rezso touched so many lives with his kindness and compassionate ways. Not only was he a father to his own children, but to many others throughout his life. He cared deeply for his children, and had a special bond with his daughter, Diane “Poufy”.
In addition to his parents, he is preceded in death by his loving wife, of 59 years, Dolores (Monseur) Palotay (2014); one brother and one sister.
Rezso is survived by his seven children, Diane Palotay of Wheeling, Jerrie (Greg) Williams of Raleigh, NC, Ray Palotay Jr. of Wheeling, Susan (Harold “Dink”) Jarrett of Wheeling, David (Lisa) Palotay of Tiltonsville, OH, John Palotay of Wheeling, and Jeanette (Michael) Rawls of Jacksonville, FL; five grandchildren, Justin Abercrombie, Brandon Abercrombie, Kristen Jarrett, Olivia Palotay, and Julia Palotay; and many nieces and nephews.
Family and friends will be received for a memorial celebration, Saturday, April 22, 2017 from 10-11:45 am, at Altmeyer Funeral Homes, 1400 Eoff St., Wheeling. A memorial Mass will be held Saturday, April 22, at 12 pm, at Our Lady of Lebanon Catholic Church with Msgr. Bakhos Chidiac officiating.
In lieu of flowers, memorial contributions may be made to Our Lady of Lebanon by clicking here or to Valley Hospice by clicking here.
Condolences may be offered to the family online at www.altmeyerfuneralhomes.com.

I did home health a while ago and had the pleasure of working with Ray and Diane. My heart aches as I just found out of his passing. He was such a kind and loving man! Rest well and may you be reunited with your loved ones in heaven❤️

We are saddened by the news of Ray’s passing. Please accept our deepest sympathy for your loss. Ray is the last of the giants of our era. His passing leaves a void which is not easy to fill. He was a family man totally dedicated to his wife and children. His was a life well lived. He loved God and His Church. We are thankful to his parents for giving us Ray. He joins Dolores and her departed family as well as his departed relatives and is free of worldly suffering. We celebrate his new life with Our Lord. We humbly ask for his prayers.

I am so sorry for your loss

Jerrie has told me so many wonderful stories of her Dad and her family. I am so blessed to have come to know him, even from afar.

Dear Lisa and David,
Please accept my deepest sympathy in the death of your beloved father. May God console you both I. Your sorrow !!! May. He. Rest In Pe ace!!!!!!

John, I’m sorry to hear of your father’ death. I knew your dad longer than I did you. He was a nice guy and never heard a bad word from him. He will be sorely missed. He’s in a better place now with your Mother. All our love Don & Cindy

What a great, once in a life time man. He will always have a special place in my heart and always treated me like one of his own. He will truly be missed. Thinking of the entire family <3

So sorry for your loss. You are in our thoughts and prayers.

Although we never met or knew your dad, your love for him was so evident in your words and actions. Please know you are in our prayers David and Lisa and the whole family.

So sorry for your loss. Prayers