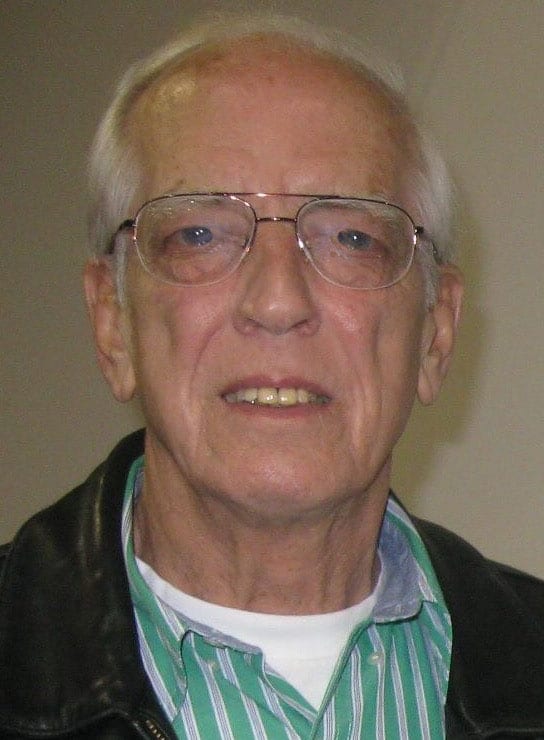 Dick was born January 10, 1937 in Pitcairn, Pa., a son of the late Robert H. and Charlotte J. Welsh. He retired from Wesbanco Bank, Wheeling and proudly served in the United States Army. He was a member of the American Legion and past member of the DPMA of Wheeling. He was an avid gardener and loved to supply friends and family with his crops.

In addition to his parents, he was preceded in death by his mother-in-law and father-in-law, Myrtle and John Parkinson; a sister, Shirley Josselyn; two brothers-in-law, James Parkinson and Paul Ponzetti; and a grandson-in-law, Timothy J. Paul.

There will be no visitation. Funeral services will be held at 11:00 am, Saturday, October 24, 2015, at Warwood United Methodist Church, 1438 Warwood Avenue, Wheeling, with the Rev. Glen Baker, Jr. officiating. There will be a luncheon to share with family and friends immediately following the service.

Memorial contributions may be made to the Warwood United Methodist Church. Arrangements by Altmeyer Funeral Home, 1400 Eoff Street, Wheeling. Online condolences may be expressed to the family at www.altmeyer.com

So sorry to hear about your loss. Thinking of you at this time. Prayers,
Grace Chambers Pettner and Family
Ron and Carol Chambers

Sorry to hear of the passing of your beloved husband, Our deepest sympathy to you and your family. Love Arlene, Walt and Erika

Sorry to hear of the passing of your beloved husband. Our deepest sympathy to you and your family.
Love, Arlene, Walt and Erika

Lisa, Jim, Emily, Chris, and Mrs Welsh: I just learned of the passing of Mr.Welsh and wanted to extend our family’s deepest and heartfelt sympathy for your loss.

Lisa, Jim, and Family. Our deepest sympathy to you all. Love you, Donny, Becky, and family.

Mrs. Welsh and family – All my sympathies. xoxox.

Mrs Welsh and Family,
I am so sorry for your loss. I have such fond memories of Mr. Welsh from working together and softball in Warwood. He was a great guy and will be missed. Prayers to you and yours.
Michelle Lemons

Lisa, Jim and Family. Our deepest condolences. Please know that during this time of sorrow, the love of your family and friends will comfort you. Sending all our love, thoughts and prayers.