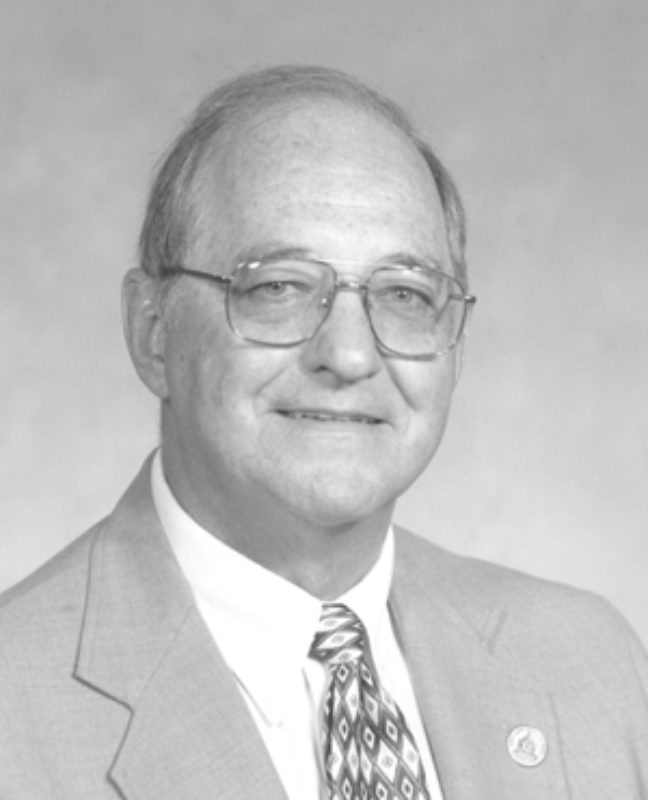 Richard Dale Edge, age 85, of Raleigh NC, passed away on December 31, 2021. Richard was born on September 16, 1936, in Wheeling, West Virginia to Robert Edge and Clement Bates. Mr. Edge was a class of 1954 Wheeling High school graduate and served in the US Army and Army Reserves. He graduated from West Liberty State College with a Bachelor’s Degree in 1963 and received his
Master&#39;s Degree from the University of Dayton in 1975. He represented Wheeling High in the 1954 OVAC All-Star Football Game. While attending West Liberty State College, he was a four-year letterman, two-time All-West Virginia Conference football selection, and team’s co-captain as a senior. He was enshrined in the West Liberty Football Hall of Fame in 1997. He was inducted
into the prestigious West Liberty University Alumni Wall of Honor in 2003.  Mr. Edge was an educator and coach for 42 years, He taught for 10 years in Ohio County West Virginia, and the
remaining years were spent in Ohio. He taught and was an administrator of Wintersville HS, Springfield HS, Edison Local HS, and Woodsfield HS. He served as Superintendent of Schools of Switzerland of Ohio/Monroe County Schools and Belmont County Schools, retiring from St. Clairsville High School, where he served as Principal. During retirement, Mr. Edge returned to education as Principal of Shadyside HS, Cambridge HS, and Shenandoah HS before “hanging up his hat” and doing some traveling.  Richard was active in local wrestling circles for more
than 50 years. As a coach, he has the distinction of starting wrestling programs at two local high schools – Triadelphia in 1964 and Warwood in 1967. His tenure with the Vikings proved successful and his wrestling squad went undefeated in dual completion while winning an OVAC team championship. The OVAC Hall of Famer was named Ohio Eastern District Wrestling Coach of the
Year in 1975 and received the OVAC’s prestigious “Mr. Mat” Award in 1979. Mr. Edge served as president of the OVAC during the 1986-87 and the 1987-1988 school years. In 2016 he was enshrined into the National Wrestling Hall of Fame for the State of West Virginia.  He is survived by his wife of 59 years Patricia (Lash) Edge of Raleigh, NC; three daughters Holly Edge of Raleigh, NC, Lynn Davis of Chesapeake, VA, Jennifer Edge of Columbus, OH; grandchildren Erica, Natalie, Jakson, Parker and Blaine; great-grandson Braxton; brother, V. William, “Bill” Edge.  Memorial Contributions may be made to the Salvation Army, Interfaith Food Bank of Raleigh, NC, and the Veterans Club of West Liberty University in his memory.  A Memorial Service and Celebration of Life will follow at a later date, in the Wheeling area for all those who wish to attend.  Arrangements handled by Altmeyer Funeral Home, 1400 Eoff Street,
Wheeling, WV.

My sympathy to Mrs Edge and daughters. I first met Mr Edge when he became principal at Springfield HS during the 1970s. In the 80s he encouraged me to get involved in athletics as a coach of track and field and as an athletic director. I am eternally grateful to him for his support in those activities. He always showed concern for students and faculty alike. His fairness to all is what I will most remember. Mr Edge will be missed by all who truly knew him.

I’m saddened to hear of Dick’s passing. My thoughts and prayers are with his family and everyone that had the pleasure of knowing such a great man.

Dick was a fraternity brother and football teammate of mine at West Liberty. While he was big, rugged tough guy on the field he was a totally kind person in life. His leadership skils were totally visable once you knew him and those attributes were augmented by a great sense of humor. It is/was a distinct honor to be a friend of Dick’s and to know all of the great gifts he brought to my life and those of others.

Pat and Dick’s Family,
Dick was the model of a professional educator and coach. He was inspirational, a calming and steady leader who had the gift of knowing how to set an example, while demanding the best from his staff and students. To this day Sue still recounts how patient he was as she tried to produce an error free typing paper in his class at Triadelphia. Please know we all share in your loss.

My condolences to the Edge family.

GREAT COACH GREAT MAN OUR PRAYERS ARE WITH YOU

My sincere and humble condolences to the family and friends of Dick. Denny Albaugh

May your memories of Richard Dale Edge, give you peace, comfort and strength…