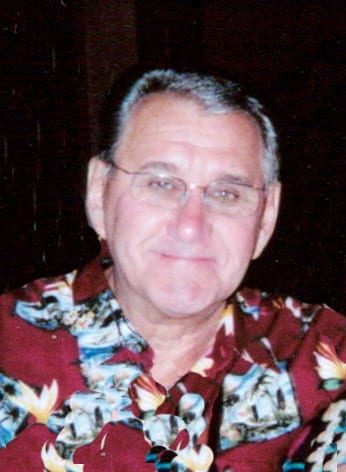 Richard worked as an agent for Prudential Life Insurance, and most recently a supervisor at Conoco Phillips. He was a member of the P.A.P. Club, the former St. Ladislaus Catholic Church and St. Alphonsus Catholic Church, and was an Army veteran.

Richard, a devoted and caring husband, father, grandfather and great grandfather, is survived by his loving wife of 57 years, Phyllis Bober Yankovich, a daughter, Karen L. Coleman and her husband, Mark of Garner, NC, a son, Frank J. Yankovich and his wife Kristin of Blacklick, OH, twin sisters; Regina Brak and Virginia Subasic, both of Elm Grove, 4 grandchildren; Kayla Coleman Jordan and her husband Perry, Ally Coleman Hatch and her husband Eric, Nathan and Sarah Yankovich, along with 3 great grandchildren; Colton, and Luke Jordan and Weston Hatch.

Rich loved everything sports and was an avid Notre Dame Fan. He was a regular at the Independent basketball tournaments, including the St. Vincents, earning MVP and all-tournament accolades on numerous occasions.

Friends will be received on Friday, January 29, 2016 from 2:00pm until 8:00pm at the Altmeyer Funeral Home, Benwood-McMechen Chapel, 214 Marshall St., McMechen, WV, where a vigil service will be conducted at 7:00pm

Mass of Christian Burial will be celebrated on Saturday, January 30, 2016 at 11:00 am at St. Alphonsus Catholic Church with Rev. Douglas Ondeck as celebrant.

My thoughts prayers and sympathy are with you and your family at this difficult time. May Rich rest in peace and know that he is not suffering and smiling done on you for taking good care of him.

My sincere thoughts and prayers with the families of Mr Yankovich

My sincere condolences to the family of Rich. Denny Albaugh

Condolences and prayers to Rich’s family. He was caring and dependable to his family and to those he dealt with in a business capacity.

Phyllis,so sorry to here about rich. Sarah and bud mazur