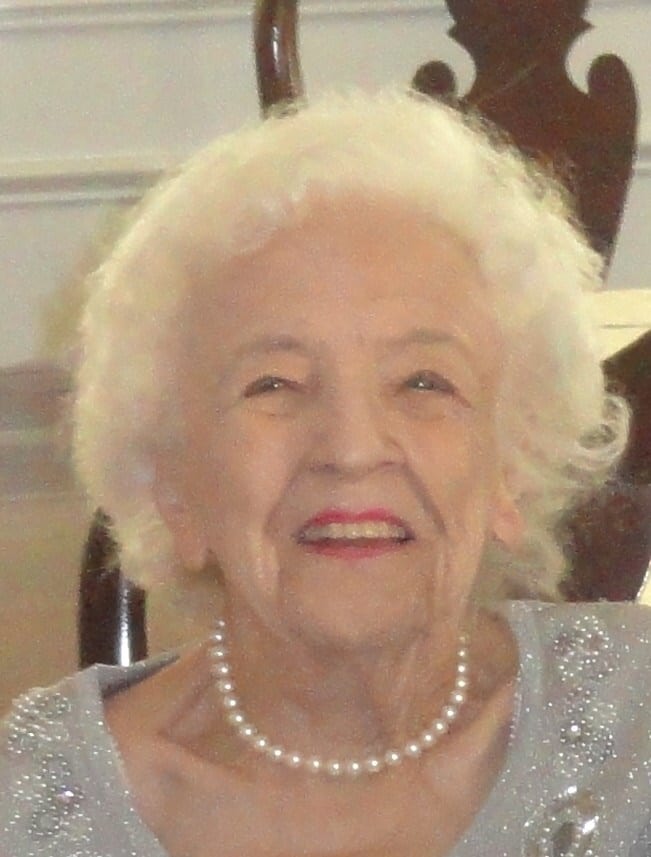 She was born December 4, 1920 in Bellaire, Ohio a daughter of the late George and Mary (Schlernitzauer) Breyer. She was a member of St. Michael Catholic Church in Wheeling.

Friends will be received on Sunday, April 3, 2016 from 2-6 pm at the Altmeyer Funeral Home, Elm Grove Chapel, 154 Kruger Street, Wheeling. Mass of Christian Burial will be celebrated on Monday, April 4, 2016 at 12 pm at St. Michael Catholic Church with Msgr. Jeremiah McSweeney as celebrant. Entombment will follow in Mount Calvary Cemetery.

Memorial contributions can be made to the St. Jude Children’s Research Hospital, 262 Danny Thomas Place, Memphis, Tenn. 38105, and to the Children’s Hospital of Philadelphia, 34th Street and Civic Center Blvd., Philadelphia, Pa. 19104 or via www.tmcfunding.com

Our condolences to Charlene and the rest of the family. What we will always remember about Aunt Rita is her bright smile. The last of the Breyer siblings, Aunt Rita was always there for her brothers and sisters. Uncle Charles, Charlene, her grandchildren and her great-grandchildren were the loves of her life. Rest in peace Aunt Rita we will miss you.

Mrs. Dunn, as I will always think if her, was a wonderful woman and a surrogate grandmother to me. She and her sisters looked after me and spent time with me many times over the years when I lived on Holly Road. I will always remember and love her.

I know she will be missed greatly by many friends and family.