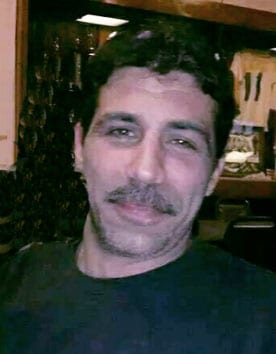 Robert “ Bob” A. Skrzypek, 45, of Wheeling, WV, passed away at home September 15, 2016.
Bob was born September 16, 1970 in Alliance, OH.
He was a graduate of Wheeling Central Catholic high School, former Operator for Silgan Plastics and a member of Wheeling PAP Club. Bob loved to visit Florida and enjoyed fishing there.
Bob is preceded in death by his daughter, Emily Skrzypek; maternal grandparents, Frank and Evelyn Basil and paternal grandfather, Bernard Skrzypek.
He is survived by his daughter, Emma Skrzypek of Wheeling; mother and father, Francette (Basil) and Richard Skrzypek of Wheeling; brother, Scott (Dawn) Skrzypek of Wheeling; paternal grandmother, Sophie Skrzypek of Moundsville, WV; two nieces, Abby and Ally Skrzypek of Wheeling and several aunts, uncles and cousins.
Friends will be received from 4pm until the time of service at 7:30pm Saturday, September 17, 2016 at Altmeyer Funeral Home, Wheeling Chapel, 1400 Eoff Street, Wheeling with Msgr. Kevin Quirk officiating.
Memorial contributions may be made to the National Cystic Fibrosis Foundation at www.TMCFunding.com Click Here)
Online condolences may be offered to the family at www.altmeyerfuneralhomes.com

So sorry for your loss. You and your family are in my thoughts and prayers.

I am so sorry for your family’s loss. I haven’t seen Bobby in many years but at one point he was like a brother to me. I will always remember our talks and his infectious laugh. I pray he is at peace and that you all may find peace as well.

So Sorry for your loss. We will keep you in our prayers!

Fran, so sorry for your lost! May our Dear Lord be with you and family today and always!
You are all in my prayers and God Bless!

My deepest sympathy to you all….Bobby was a great person and I have many great memories of him….so sorry for your loss….he will be an amazing angel. My thoughts and prayers are with you….God Bless

Fran, Rich and family. So very sorry for your loss. Prayers to all of you and your family.

Sorry for your loss. Our prayers are with you. May he rest in peace.

Sending hugs and love your way Rich, Fran, Scotty, and Emma, I know your hearts are broken , I will pray the Holy Rosary for all of yens and Bobby, may God rest his Soul.

Scott, my condolences. I will keep you and your family in my thoughts and prayers.

Our Deepest Sympathy to Your Father and Mother and Brother and his wife and your Daughter.I never had the opportunity to get to know you even though we were related.May you Rest in Peace and dwell in the house of the Lord Forever and Ever.