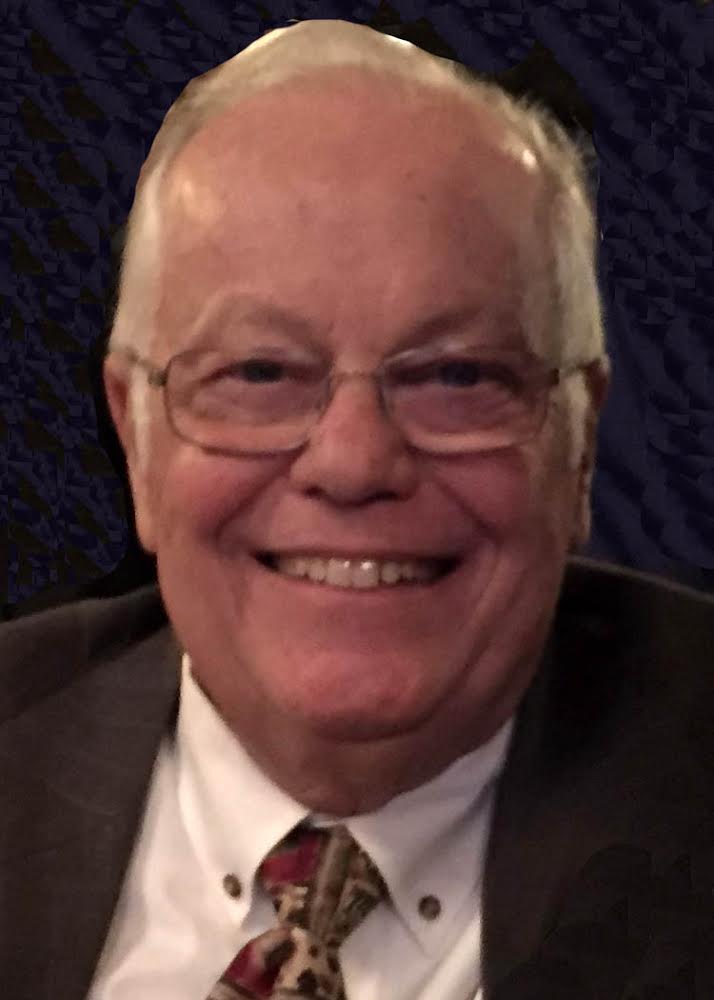 Liturgy of the Word Service

He was born on June 2, 1944 to Robert and Milded (Ross) Boone in Salinas, CA where his father was stationed in the Army.

Bob served in the Army and was stationed in Seoul, Korea and was a faithfully devoted Veteran. He served three years in the Army and was recognized as a Marksman Rifle and awarded the National Defense Service Medal and the Good Conduct Medal. He had a deep love of America and its freedoms. He graduated and received a Bachelor of Science in Business Administration from Robert Morris University in 1973 and was a big believer in the American dream, with a work ethic that never quit. He married his “beautiful bride,” which he called her every day, Adele Marie Popelas, 51 years ago on December 5th, 1970. Together they built the most beautiful life filled with joy and the blessing of four children. Bob had a long career in the steel industry where he was known for his great attention to detail and constant drive for perfection in all that he did. Bob retired from Ohio Valley Steel in the position of Plant Manager and was also a lead estimator for Wheeling Corrugating.

After his family, there was nothing Bob loved more than his boat and the deep friendships he made across his 40+ year boating career where he was a member of the Martin’s Ferry Yacht Club and the Marietta Boat Club. Bob was the most amazing husband, father, and grandfather; he loved watching and celebrating his family’s achievements from his cozy seat of retirement.

In addition to his parents, he was preceded in death by his brother Richard D. Boone and father-in-law Rudolph Joseph Popelas Sr.

The funeral will be held on Sunday, January 9, 2022 at 10:00 am; a priest will officiate the Liturgy of the Word at Elm Grove Chapel 154 Kruger Street Wheeling, WV 26003. Full military rites will be conducted by the Moundsville Veteran’s Memorial Squad.

Memorial contributions may be made to www.TMCFunding.com

Altmeyer Funeral Home – Elm Grove Chapel is handling the arrangements for the Boone family and online condolences can be directed to the family by visiting www.AltmeyerFuneralHomes.com

So sorry for your loss, Bob was always a great friend and buddy. I remember all the great time we had at the one room school house, Reed School God Bless you.

I just heard and am so sorry for your loss. Bob and I worked together for many years.

Dear Adele & Family, Words can’t express our sadness in the great loss of your husband, Bob, your children’s father and grandfather. He will be greatly missed by us and our family. We have so much joy in all the memories that we will always cherish of the 50+ years friendship. You & your children are part of our family and may our thoughts & prayers comfort you in this difficult time. Bob always showed his true love for you and his love will continue to keep you strong and at peace. God be with you all.

Adele, I am so sorry for your loss. Our prayers and heartfelt condolences are with you. I wish I could be there to give you all hugs. I was one of many of Bob’s cousins and many of my memories of him were from our younger years. Bob was a Boy Scout and the first Eagle Scout I ever knew. One of his projects was to bake a cake in a solar oven, he was ahead of the curve on that one. I don’t know where he developed his love of boating but I’m pretty sure it had to do with Uncle Jim’s houseboat, it was a houseboat but on steroids. Bob loved machines that go fast, just like his Sea-Ray. He also was a big fan of Fords, not the least of which was his 428 Cobra Jet Torino. He told me stories of him and a friend with a Corvette, he basically said it was no contest. He also has a Yamaha, I think a 650 which was a powerful machine in the 60’s. He took Myrna and I for rides and he would pull the front wheel shifting to second. He came to visit my family and go to the lake with us for a sail, I don’t think wind power suited him. He always seemed happiest when around family. I recall often meeting at Todd’s in Cambridge. We would all crowd in, either in Uncle Jim’s “office” or in the house with our entire clan, lots of aunts, uncles, cousins, spouses and children. Those were good times. Interestingly the last few times we were together was on a river. Once at a reunion at Karen and Dean’s place on the Muskingum River. Again on the Ohio River at his club, we went for a bit of a cruise with his Aunt Helen, Myrna, Dan, myself, and of course Adele. I could go on but I’ll stop here. These are all memories I will cherish.

Going to be missing a good friend that touched my heart. May God be with you all. (Squirrel)

Bob and I grew up as neighbors and schoolmates. So sorry for your loss. My prayers and hugs to all his family.

I am sorry to hear this Adele. Bob was a good man and so obviously adored you. Our sympathy to all your family. My how it has grown!

In every memory I have of Uncle Bob, he is jolly: smiling with a glow about him and with eyes twinkling. He was like Santa: with a hearty laugh and eyes sparkling. You always felt welcome by him in his home or on the boat, and he always seemed to enjoy a visit with family and friends, at home and at ease wherever he went: content just to be next to Aunt Adele and enjoy good laughs with whoever joined in their company. I also remember when a streak of bright blue would light across his eyes as a bit of mischief (in the best, most fun way!) came to mind: like a quick rev of the boat motor after a calm ride on the river to give his guests a little surprise and a laugh. It’s an amazing gift to be in the presence of someone who is always ready to share a broad genuine smile and shining, happy eyes with a jolliness and air of contentment. No memory in my heart exists where Uncle Bob was not a picture of sunshine. May he rest in peace and warmth, always. smiling.

Adele & family we are so sorry for your loss. We have many great memories of Bob, you & your family as our neighbors when the kids were growing up. Praying that memories will give you strength during this time. Much love to all. Becky & Steve

With our deepest sympathy. May God be with you all