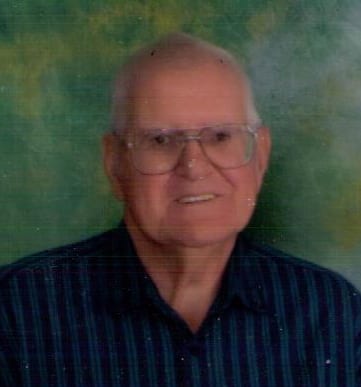 He was born November 10, 1925 a son of the late Raphael and Rose (Perez) Pelaez. Robert was a US WWII Army Veteran, a member of Cameron Baptist Church, and the American Legion Post #3. Robert was a 1944 Graduate of Moundsville High School where he played basketball and earned First Team All-State honors. After high school he was drafted to the Army Infantry and went to Europe where he fought in The Battle of the Bulge. After the war, Robert went to Texas and served the remainder of time until he was honorably discharged.

Upon returning to WV, Robert attended Alderson Broaddus University where he played basketball, and was inducted into the WV Conference Hall of Fame in 1993, with both of his older brothers, Floats and Joe. Later he moved on to play for the Wheeling Blues, semipro basketball team. Robert moved onto working at Allied Chemical, as a security guard for 33 years. An avid sports enthusiast he loved to watch college basketball and his grandchildren play sports.

In addition to his parents, he is preceded in death by his loving wife, Billie Joyce (Williamson) Pelaez (2003); three brothers, Floats, Manual and Joe Pelaez; and three sisters, Louise Taylor, Angeline Zink and Mary Johns.

Family and friends will be received Friday. August 12, 2016, from 12-2 & 6-8 pm at the Altmeyer Funeral Home, Lutes & Kirby-Vance Chapel, 118 Grant Ave., Moundsville, where funeral services will be held Saturday, August 13 at 2 pm. Interment will be held at Mt. Rose Cemetery.

Memorial contributions may be made to the American Liver Foundation or to the Marshall County Animal Shelter in C/O www.tmcfunding.com.

Hi Suellen and Matt,
I am so sorry for your loss.
I will always have fond memories of Bob at the Moundsville Rec League softball games and the JM Softball games. He always had a smile on his face and couldn’t wait to tease someone about something. He was a pleasure to be around. I can’t imagine how much you all will miss him.

Blessings to all of you.
Lisa West

My heart goes out to the family. I am so sorry for your loss. No pain hurts worse than the pain of losing someone that you love. Beverly was loved and she will be dearly missed. Again, I am so sorry. Though the pain you’re feeling must seem unbearable, please remember that you are not alone. Psalms 46:1 says, “God is our refuge and strength, a help that is readily found in times of distress.” Pray to Him for strength. Weep to Him when there are no words. One of the poets of the Bible said at Psalms 56:8, “You keep track of my wandering. Do collect my tears in your skin bottle.” You see, God understands your pain and He cares for you very much (1 Peter 5:7) and He will really help you get through this difficult time (Isaiah 41:10). For more information, type the following url into your browser: tinyurl.com/mezwv23

Scott, so sorry to hear of your Dad’s passing. My thoughts and prayers are with you.

So sorry to hear about your Dad’s passing Scott. My thoughts and prayers are with you!!

prayers to the family was one of his care takers

prayers to the family

SueEllen, I am so sorry to hear about your daddy. Please know that you are in my prayers.

Playing basketball against us “young” guys at Baptist Gym in the 1970’s, always being in the stands at Prima Marina softball games, participating in the Curly’s HR Derby at 60 years old, keeping score at adult softball games for years, and just being from the “Greatest Generation” is how I’ll always remember MR. P. …He helped make this small part of the world a better place……… My thoughts and sympathy go out to all of his family and friends……..Oh, I left out his love of the NBA

May your memories of Robert Pelaez, give you peace, comfort and strength…

Bob was such a great neighbor and friend. Always there to help his neighbor’s if they needed anything. We will miss seeing him sit on his back porch and stopping by just to talk to him. So sorry for your loss.