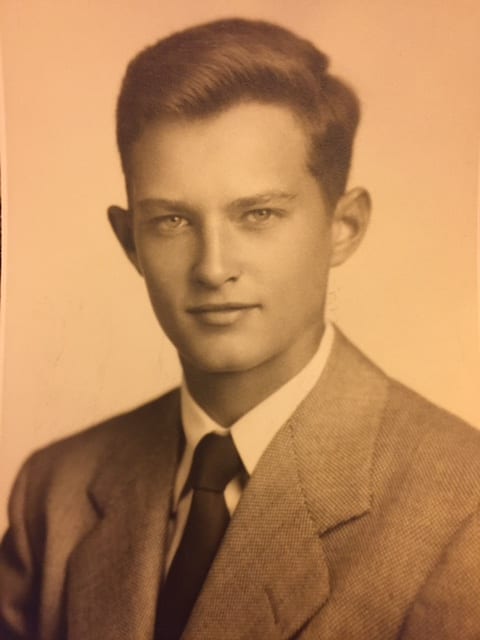 Robert T. Mayles, 83, of Wheeling, died peacefully on December 14, 2016 at Wheeling Hospital, after a brave battle with Parkinson’s disease.  He was a loving and devoted husband, father and grandfather who always put others first.
Bob was born January 26, 1933 in Windsor Heights, WV.  He was a son of the late Floyd and Anna Varhol Mayles.
In addition to his parents, Robert was preceded in death by his oldest brother Floyd in 1994.
He is survived by his loving wife Betty of 59 years who cared for him during illness, his children; Cindy(Bill) Paras, Brenda Yulke and Paul Mayles, all of Wheeling, his grandchildren; Jill Gardner(Richard) of Glade Spring, VA, Kevin McKee and fiance’ Jessa of Moon Township, PA and Alexis Paras, 2 great grandsons, his sisters; Betty Welshhans and Ruth(Charlie) Dodd, his brothers, Don( Roselee), and Jim all of Wheeling and Al (Julie) of Brooksville, FL.
Bob was a graduate of Warwood High School.  He proudly served in the US Navy aboard the USS Northampton from 1952 to 1956 and the Navy Reserves from 1956 to 1960.  He had many professions during his lifetime, including serving as a police officer and detective on the Santa Maria, CA police department, managing several restaurants, owning a grocery store (Mayles Superette) and a bar (The Cottage Club) in Wheeling.  He retired from Ohio County Schools after 22 years as a school bus driver.
Friends will be received on Friday, December 16, 2016 from 2-4 and 6-8pm at the Altmeyer Funeral Home, 154 Kruger St. Wheeling.
Mass of Christian Burial will be celebrated on Saturday, December 17, 2016 at 11:00am at St. Michael Catholic Church with Rev. Bill Matheny as celebrant.
Entombment will follow in Mt. Calvary Garden Mausoleum, with full military honors from the Moundsville Honor Guard.
In lieu of flowers, memorial contributions may be made to Disabled Veterans, 3134 Guernsey St, Bellaire, OH 43906.
Online condolences may be extended to the family at www.altmeyer.com.
Godspeed Dad!  We know you are walking and dancing in Heaven!

Bobby was my training officer when I became a Santa Maria police officer in 1966. He was given the job training new cops because he was everything a good cop should be. Sleep well, brother.

May your memories of Robert T. Mayles, give you peace, comfort and strength…