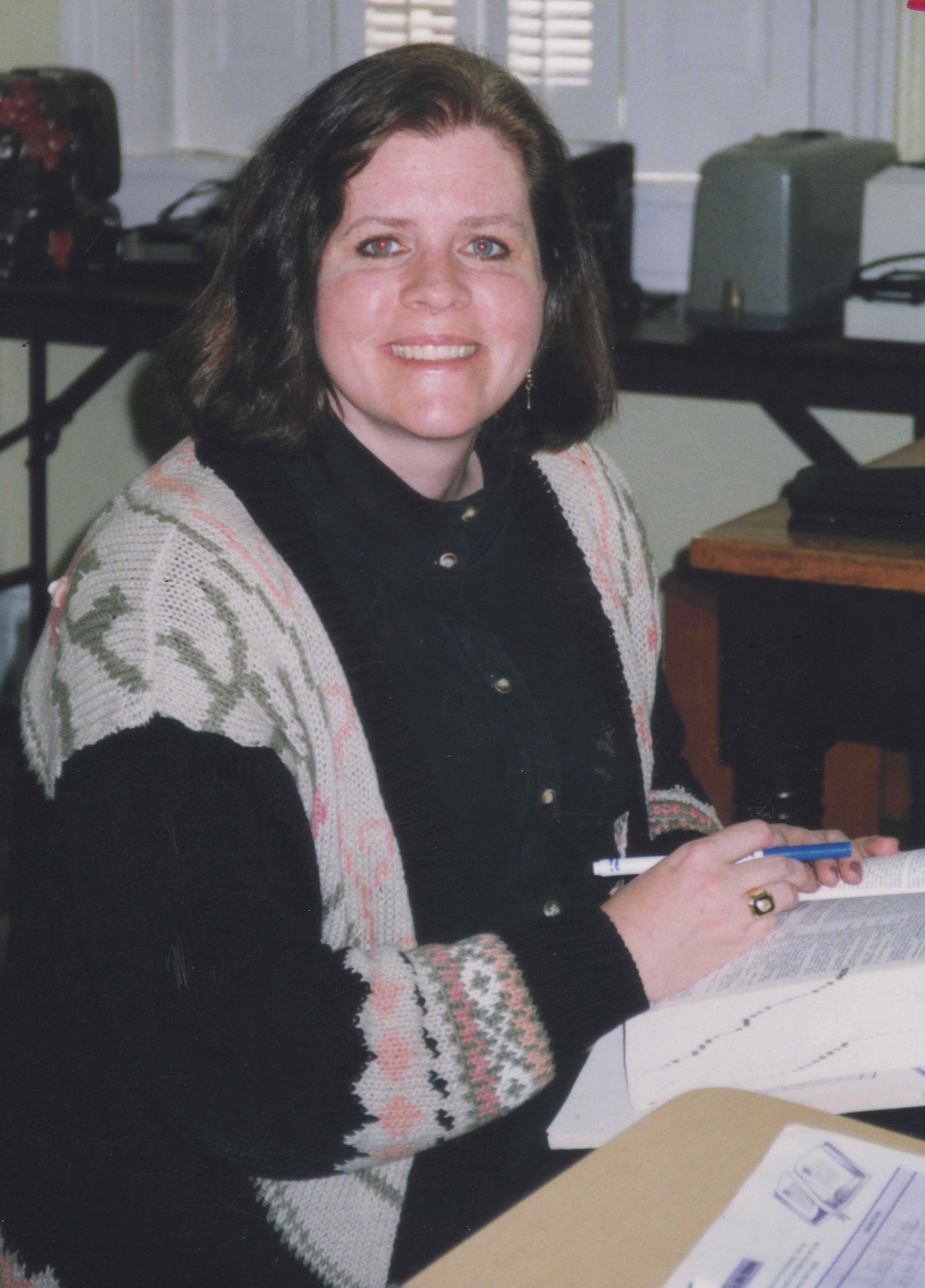 Robyn was born in Edmonton, Alberta, Canada in 1954. Robyn’s parents, Kay and David, emigrated to the United States in 1955. After residing in Utica, New York and later Clark’s Summit, Pennsylvania, they came to live in Wheeling in 1961 when David joined the Wheeling Clinic. In Wheeling, Robyn attended Wheeling Country Day School and Mount de Chantal Academy, where she graduated in 1972. She then became a member of the first class to include women at the University of Notre Dame, receiving a degree with honors in religious studies in
1976. While attending, Robyn was baptized as a Catholic in the University’s Basilica of the  Sacred Heart.
She continued her education by completing a Master’s Degree in Education from Spalding University. Her passion for teaching continued throughout her entire life. She taught in many schools after receiving her degrees and ultimately returned to her beloved Mount de Chantal as a teacher upon returning to Wheeling. She taught there for several years and eventually served as the school’s principal. In the early 2000s, Robyn joined the Diocese of Wheeling-Charleston’s Department of Catholic Schools as Director of Religion, and by her retirement in 2017 was
serving as Associate Superintendent.  Robyn consistently made deep and lasting impressions on those she met in the schools she attended, the places she worked, the classrooms she taught in, and the places she went. She had heartfelt connections and lifelong friendships with many people, including classmates from the Mount and Notre Dame, colleagues from the Diocese, and friends and neighbors from the many places she lived.

Her interests and gifts were numerous and varied. She was an avid and voracious reader, a talented artist, an enthusiastic gardener, a learned student of history and politics, a lover of music, a passionate educator, and had a keen appreciation for beauty in all its forms. Robyn also loved to travel, especially to South Bend, IN, where she frequently went with her sons to Notre Dame football games, or just to visit the campus when she had the opportunity.

Robyn cherished her family, speaking frequently of how much she adored her parents and how much love she had for her sisters and brothers. She also often said that her favorite job was being a mother to her three children. She loved as a parent wholeheartedly and imparted to them a love of learning, a commitment to kindness and keeping an open heart, an appreciation of nature and elegance, and dedication to family and friends. Well known and admired for her incredibly sharp mind, her steadfastness, her commitment to her spiritual and civic morality, her endless warmth, her quiet dignity, her love to laugh, her gentleness, her ever-present smile, and her determination, she will be missed by all who knew her, and especially by her family that she loved beyond measure.

Interment will be in Mount Calvary Cemetery in Wheeling, where she will be laid to rest with her parents. Donations may be made in Robyn’s memory to the Blanchette Rockefeller Neurosciences Institute for Alzheimers Research at WVU, Catholic Charities of West Virginia, and the National Audubon Society.

Mount de Chantal family also has made a donation to WVU’s Neuroscience Institute in Robyn’s name.

Mrs. Hammond was a wonderful teacher. Sending prayers to the Hammond and Smith families at this time.

In loving memory of our classmate, Robyn, the Notre Dame Class of 1976 has made a donation to the Blanchette Rockefeller Neurosciences Institute for Alzheimers Research at WVU.

So sorry to hear of Robyn’s passing. She was a wonderful neighbor. Our children frequently played together in the neighborhood. Praying for peace for her sons Michael, Andrew, and David.

Andrew, Scott and family. We were so sorry to hear of the passing of your mom, sister and loving family member. Robyn will now be your special guardian angel and remain in your memory and hearts forever . Please know our prayers are with all of you Love Bob and Stephanie Klug

Shared Robyn’s love of the Mount. She was a quiet and wise leader, respected by all.Very sorry for her sons and extended family. Will cherish her memory.

My sympathy to all of Robyn’s loving family. So many fond memories of Robyn from our high school days in Wheeling, countless hours sharing rides to and from Notre Dame when we were students there in the 70s, and family time thereafter. My prayers and praise to Robyn for a life well lived.

So sorry to hear of Robyn’s passing – she will be missed by our Notre Dame classmates.

Michael,Andrew and David, We were so sorry to hear of your moms passing. She was a wonderful mom to you and she is in heaven smiling down and being so proud of the young men that you have become. Seeing her a few years ago in the neighborhood and seeing how you were with her was so touching. First, she took care of you and then you took great care of her. She is proud of you. Take care of yourselves and God bless, Mr. and Mrs. Safcsak

To Andrew, David and the Smith Family. I am very sorry for your loss. She will be sadly missed by family and friends.