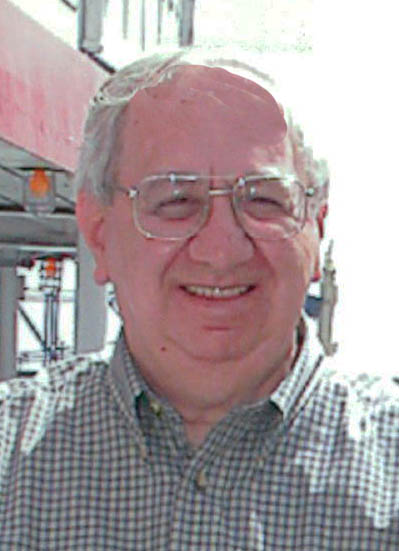 Rocco J. Paree, 84 of Wheeling, WV passed away Wednesday December 1, 2021, at Wheeling Hospital. He was born April 13, 1937, in Benwood, WV, the son of the late Tony and Minnie (Trolio) Paree. In addition to his parents, Rocco was preceded in death by his wife and love of his life Connie (Kuntz) Paree and his brother Fred Paree. Surviving is his sons John Paree (Ronna) of Pataskala, OH and Mark Paree of Wheeling, WV, brothers Tony Paree (Rosella) of Wheeling, WV, Jim Paree (Louise) of Bethlehem, WV and sister-in-law Emma Paree of Wheeling, WV. Rocco also had several nieces and nephews along with extended family and friends. Rocco was a 1955 graduate of Wheeling High School, attended Wheeling College and graduated from the Automation Institute of Pittsburgh where he was part of the first generation to train to operate IBM mainframe computers. Rocco had been employed by Stone and Thomas (Downtown Wheeling), Gimbels (Downtown Pittsburgh), Wheeling Steel and The Ohio Valley Medical Center (OVMC) for 38 years in Data Processing / Information Systems. Rocco was a member of St. Vincent de Paul Church for 53 years. Family and friends will be received on Friday, December 3, 2021, from 4-7 pm with a vigil service at 6:30pm at Altmeyer Funeral Home, 154 Kruger Street, Elm Grove Wheeling. Mass of Christian Burial will be held on Saturday, December 4, 2021, at 10am at St. Vincent de Paul Church in Elm Grove with Monsignor Paul Hudock as celebrant. Interment to follow at Mount Calvary Cemetery in Wheeling.

Rocco and Connie were such wonderful neighbors and good friends to my parents, Larry and Phyllis Duncan. By extension, Rocco became a close friend of mine. He stayed in close touch with me, in particular, after the passing of my parents. Rocco always sent me cards, remembrances for special occasions, and often offered a novena for me and my husband. I will miss our phone calls and mail exchanges.

My heartfelt condolences, Tony! God bless you and your family. RIP Rocco

Tony, You and your family are in our thoughts and prayers in the passing of you brother. May you find peace and comfort in your memories. Our deepest sympathy. Sue Blevins and Larry Jones.

I am so sorry to learn that you have lost your beloved father and brother and uncle. He is irreplaceable in your life, in your family and in our world. His legacy is in the beauty, smiles, joy and comfort that embrace you with each memory of him. We are each enriched because he was in your life.

Rocco and Connie were my Godparents and have been so caring, loving and supportive in my 46 years of life. They and their family are the best of people and I am so very sad to hear of his passing. Sending lots of love and prayers to you Mark and John and all of your family and friends. Your dad will be so missed.

I’m so sorry to hear about the passing of my cousin Rocco, you are going to be missed.
May you Rest In Peace

Sending out sincere condolences to Mark and the family of Rocco. He was a great neighbor. Marcy & Donnie Botizan

My sincere and humble condolences to the family and friends of Rocco. Denny Albaugh