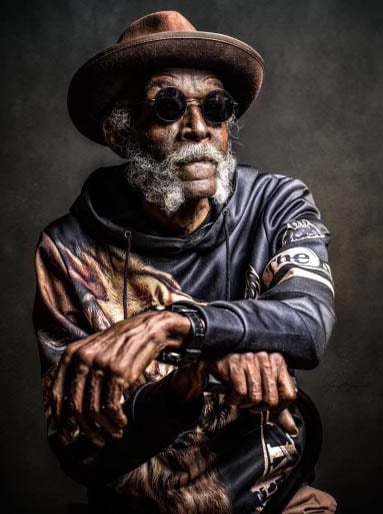 Ronald Scott Sr.,73, died Wednesday, December 8, 2021 at WVU Medicine-Wheeling Hospital in Wheeling, WV surrounded by family.
He was born in Triadelphia, WV to the late Robert Scott Sr., and Mary Belle Scott.
Mr. Scott was a Veteran from the US marine Corp and served in Viet Nam. Formerly employed as a respiratory therapist at OVMC and retired from Wheeling Island Casino and Racetrack.
He loved music, performed in plays and wrote poetry.
He was fondly remembered as a gentleman in a hat, suspenders and with a cane.
In addition to his parents he was preceded in death by his brothers: Emmanuel Rogers, Eddie Hatcher and Alvin Scott and sister-in-law: Frances Scott.
He is survived by one son Ron Scott Jr(Adria) of Wheeling WV, Ex-wife Linda Scott of Wheeling WV, three grandchildren: D’Asia, Luca, and Lorenzo, all of Wheeling, WV, three brothers: Robert Scott Sr(Mae Oliver) Leroy Scott of Wheeling WV, Jemmie Scott of Euclid, Ohio and Darleen Scott of Omaha Nebraska, and a host of nieces and nephews.
He was loved and respected by family, friends, and people in his community.
He felt he had this wealth of knowledge and needed to share it with anyone who would listen.
A memorial gathering will be held on Tuesday, December 14, 2021 at Altmeyer Funeral Home 1400 Eoff Street Wheeling, WV 26030 from 11:00 am until the time of services at 1:00 pm with Minister Anthony Stradwick officiating. Full military honors will be held at the funeral home by the Moundsville Veterans Memorial Squad.

My sincere condolences to you,Ron and your entire family.
May you have comfort from our Heavenly Father.
Your Dad will forever be in your heart!

So very sorry for your loss Ron and family.

Jemmie, I am sorry for your loss. Hope you remember we were friends at THS and later at Kings.

My prayers and sympathy at the death of your father, Ron. He led a full and rewarding life sharing with others. May you know peace and hope knowing he made a difference in our world and in your life.

My Condolences and Prayers to the Family,Rip Ronald Scott Sr.

So sorry for your loss. My husband and I have known Mr Scott for 30 plus years he attended our wedding.
My husband and Mr Scott were born on the same day and year in the same hospital.
The greatest memory of Mr Scott was many years ago we had Patricks club in the center market and MR Scott would enter and say I’ve been drinking ya all.
I was fortunate to see him many times in the last 2 years. He was a wonderful friend and will miss him.

He was truly unique and one of a kind! He was a true friend and so very talented. I hope he has found the peace and comfort he sought in this life. I bet Jimmy was at the gate waiting for him. We will miss him dearly!

Heaven called and he answered. Ron will be missed. My deepest sympathy to his entire family.

Heaven called and he asked. Ron will be missed. My deepest sympathy to his entire family.