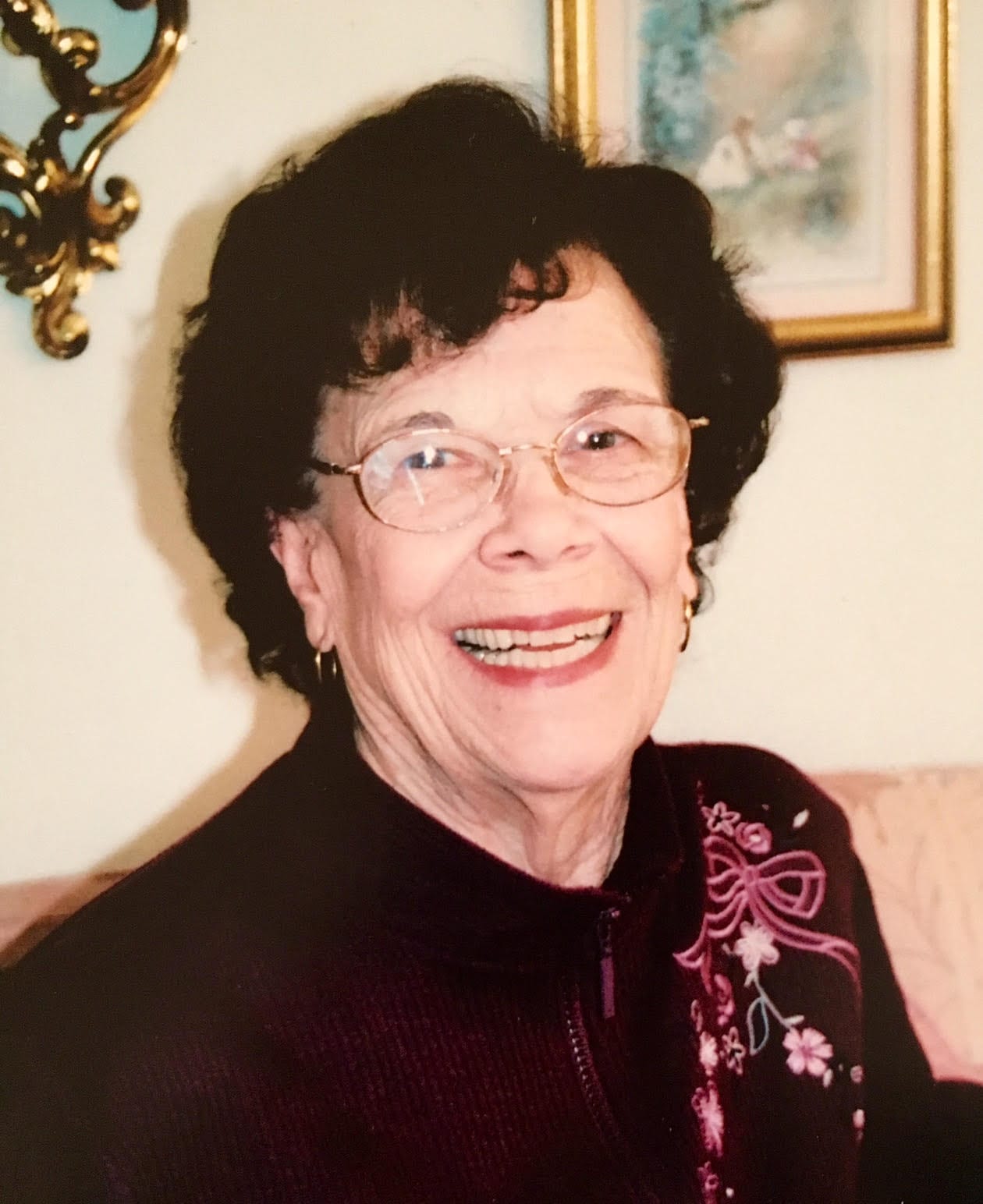 She was born October 28, 1920, in Pittsburgh, Pa., a daughter of the late Edward and Matilda (Roethlisberger) Schneider. She was a member of St. Michael Catholic Church in Wheeling.

In addition to her parents, she was preceded in death by her husband, Charles Bradac, five brothers, Edward, Lawrence, Clement, Joseph, and Oscar Schneider, and two sisters, Martha Meier and Ellen Nolte.

Friends will be received on Sunday, April 3, 2016 from 5-8 pm at the Altmeyer Funeral Home, Elm Grove Chapel, 154 Kruger Street, Wheeling. Mass of Christian Burial will be celebrated on Monday, April 4, 2016 at 9:30 am at St. Michael Catholic Church in Wheeling with Msgr. Jeremiah McSweeney as celebrant. Entombment will follow in Mount Calvary Cemetery, Wheeling.

In lieu of flowers, memorial contributions can be made to St. Michael Catholic Church, 1225 National Road, Wheeling or to the Oglebay Park Foundation, 465 Lodge Drive, Wheeling, W.Va. 26003 or through www.tmcfunding.com

I just learned today of Mrs. Bradac’s passing. I’m sorry for your loss. We are neighbors on Kelly Drive in Wheeling and she always smiled and waved when we saw her.

Renee, Andy, Jeff, Ian, and all the family,
We are thinking of you during this sad and difficult time. Your Mom was lucky to have had many wonderful years to share with her family. We hope you’re strong now. You need each other. You were all so very lucky to have had such a great woman in your lives.

Jeff & I send our condolences to you, Chuck & all of your family. I pray that you will have comfort in knowing she will spend eternity with our Heavenly Father. She will have the most glorious family reunion with all those that have gone before her, I can just imagine her delight in joining those she loved. Your mother was beautiful, prim & proper and such a loving & sweet lady; we loved when she came & joined us during our family get-togethers.

Renee, Andy, and family….I will say a prayer your Mom. May God Bless

Remembering your wonderful mother and wishing you comfort. Our thoughts and prayers are with the family.

Remembering your wonderful mother and wishing you comfort. Our thoughts and prayers are with the family