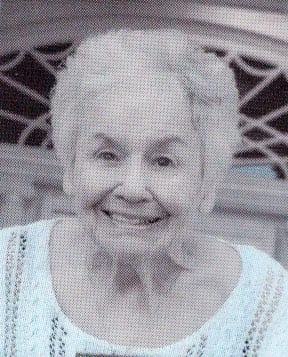 She was born April 14, 1925 in Wheeling, the daughter of the late August and Jean Whyte Dailer Sr.

Rosalie was a beautiful angel that brought a smile and shared her love with everyone she came in contact with; she never realized how much her beautiful smile and open door policy to her home touched the hearts and lives of so many people.  She loved to make afghans  to give away to people and a volunteer for many years at Wheeling Hospital. She was retired from Emergency Service for Ohio County as a secretary and worked many years in the office at Sears ; a member of St. Michael Catholic Church and a graduate of St. Joseph Academy.

In addition to her parents, she was also preceded in death by her husband, John “Jack” Young in 1990, a son; Joseph Young; two sisters Betty Mager and Jeannette Keogh; two brothers August Dailer Jr. and John Whyte Dailer.

Family and friends will be received on Friday April 27, 2018 from 2-4 pm and 6-8 pm at Altmeyer Funeral Home, 1400 Eoff Street, Wheeling.  Mass of Christian Burial will be on Saturday April 28, 2018 at noon at St. Michael Catholic Church, Wheeling with Rev. Bill Matheny as celebrant. Interment to follow in Mt Calvary Cemetery, Wheeling.

Vigil services will be held on Friday at 7:30 pm

I was so blessed to have known your Mom. We spent many lunches at the City Building talking, crocheting and exchanging patterns. I still have one pattern of hers that I love and have used many times. She was a wonderful woman and I know God just wanted her to brighten heaven.

Our prayers are with you all in the loss of your lovely mother. She was a kind friend to many.. May wonderful memories bring you peace. You were truly blessed.

To the Young family…Debbie and I send our thoughts and prayers. Mrs. Young was a St Michael Super Mom from back in the 60s and 70s. I will always remember “Smileys” Sunday Mornings before Mass at Good Shepherd. She had the most sincere and beautiful smile that stayed with me the rest of day. I will both miss that smile and remember it always.

Coach, Carol & Family – We’re keeping you in our thoughts & prayers doing your time of loss. May the peace of our Lord be with you.

May the Lord be with all of you and give your family peace knowing that your Mom is with him. Im sure she lived a great life with many fond memories of her extended family. My wife and I are praying for your entire family. May she rest in peace.

To all the family & friends of Miss Rosalie…keep her spirit alive & share your stories about her. Always remember the many times that she made a difference in your lives. Take care…

My sincere sympathy on the passing of a wonderful woman. I always felt so welcome in her home with her and her family. Love and peace to you all. ❤️

Gabby & Todd Gillenwater (and all the Snyders)

Thinking of you and sending you love.

Ms.Rose was truly a Sweetheart! She was always so nice! She always laughed at my jokes too. RIP FLY HIGH!! You all have another guardian angel!!

My memories of your Mother are a beautiful and gracious lady. Always a smile. I walked up with her every day to her car after work. She always made me laugh. She will be missed. God Bless all of you!