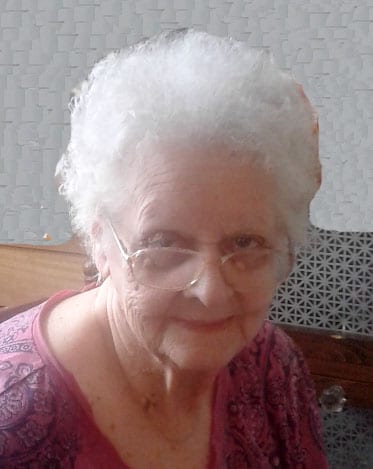 She was born on April 16, 1935 in McMechen, WV. the daughter of the late Charles and Pearl Rayber Kennedy.

Rose was a Certified Nurse’s Assistant for Kades Nursing Home, Washington and a member of the Eastern Star.

In addition to her parents, she was also preceded in death by a brother Charles Kennedy and a sister Betty Cuttler.

Family and friends will be received on Monday, November 27, 2017 from 2-4 pm and 6-8 pm at Altmeyer Funeral Home, 154 Kruger Street, Elm Grove, Wheeling where services will be held on Tuesday November 28, 2017 at 11:00 am. Interment to follow in Greenwood Cemetery, Wheeling.

To the Cox family,
My family and I would like to send our condolences for your dearest loss. May God’s promise for a better future bring comfort and hope to your family at this most difficult time. Scriptures such as Revelation 21:3,4 , John 5:28,29 and Psalms 83:18, which speaks of a time in the near future where there will be no more sickness, sorrow, pain or death. For more encouragement please visit jw.org. Please be assured that your family will be in our prayers.

I will miss you Mom, you was best Mom ever. I will see you again one day and I will love you forever. Your son Petie

WILL BE GREATLY MISSED