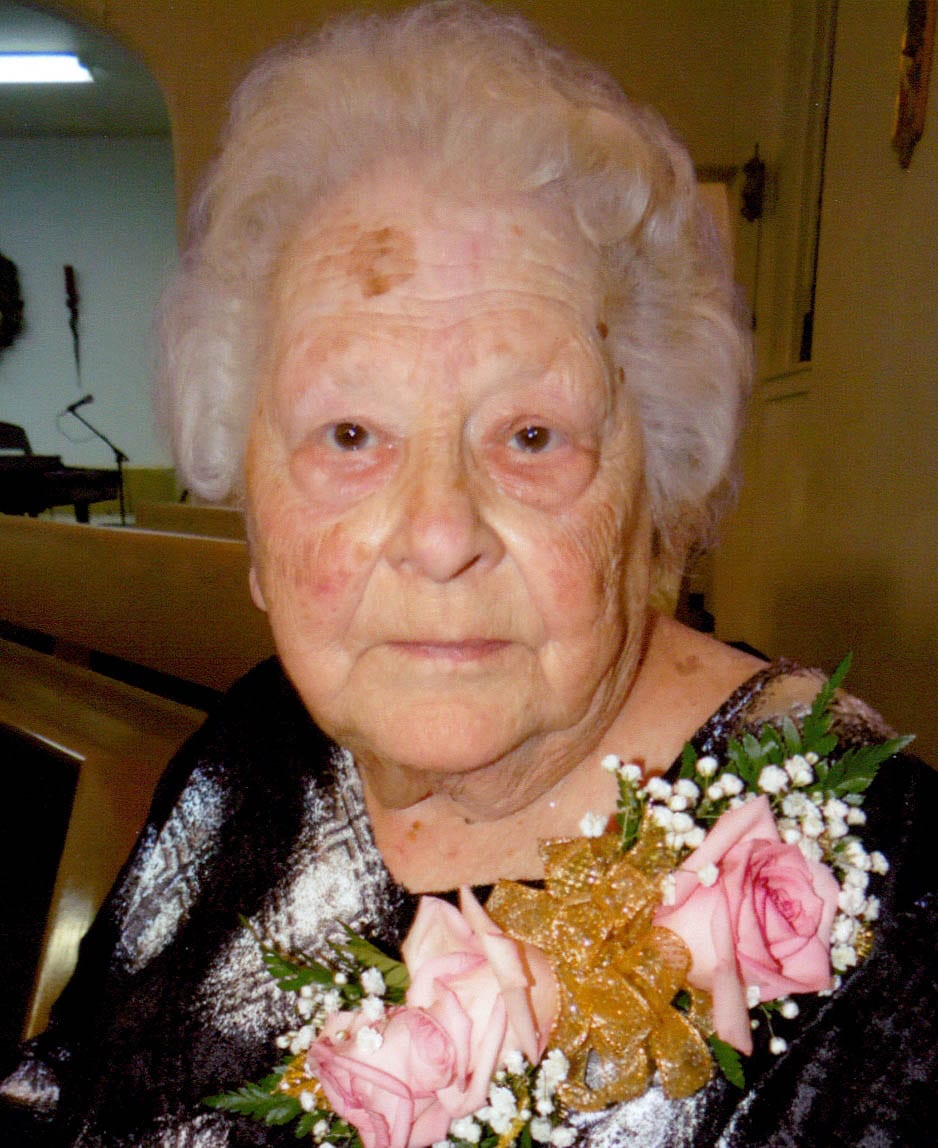 Rosemarie (Prascik) Wilson, of Benwood, passed away on Saturday, April 29, 2017, from complications of a stroke. She was 84.
Rosemarie was born May 10, 1932, in Los Angeles, CA, to the late Joseph and Katherine Prascik. The family soon returned to Benwood, where Rosemarie grew up and the rest of her brothers and sisters were born.
She attended high school at St. Joseph’s Academy in Wheeling, and worked as a secretary at the Diocese upon graduation. Early travels took her to East Coast beaches, cross-country to California and on a 10-country tour of Europe. In 1963, she relocated to New York, where she worked as a secretary at American Standard. She met and married Harry Raleigh Wilson and they spent over 51 years together. After 15 years in New York, they moved back to West Virginia and Rosemarie worked as Leasing Officer for the Benwood Housing Authority.
Rosemarie was a lifelong member of St. John’s Parish in Benwood. She enjoyed bingo, euchre, mysteries, puzzles and spending time with family. Her trademark wit and candor endeared her to all.
She was preceded in death by sisters, Vilma Prascik, Mary Katherine Eubanks and JoAnn Glinka and brothers Joseph and John (Cubba) Prascik.
Rosemarie is survived by her husband, Raleigh, son Carl and his wife Amy, daughter Karin and her husband Hoppy, along with grandchildren Kayleigh, Taylor, Payton and Ben, as well as many nieces, nephews, cousins and friends.
Friends and family will be received on Saturday, May 6, 2017 from 10:00am until time of the Mass of Christian Burial at 12noon at St. James Catholic Church, in McMechen with Rev. Bekeh Utietiang as celebrant.
In lieu of flowers, donations may be made to St. John’s Parish in Benwood in her name.

Harry and Family,
Ed and I are so sorry to hear of Roe’s passing. You have our deepest sympathy and our thoughts are with you.

WE SEND OUR DEEPEST SYMPATHY TO RALEIGH AND CHILDREN. ROSY WAS A BEAUTIFUL LADY INSIDE AND OUT. I HAVE SO MANY GREAT MEMORIES OF HER AND THE PRASCIK FAMILY. GOD BLESS AND LOVE
LARRY AND BECKY FERRERA

Mrs. Rose was a wonderful and sweet lady who always would talk and smile to everyone around her on Tuesday night Bingo