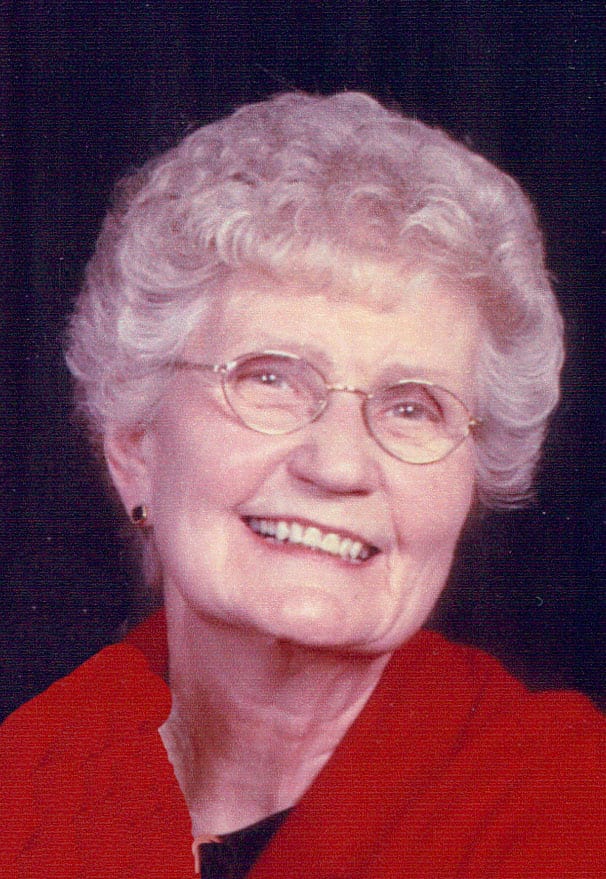 Rosemary Villanova, 87, of Wheeling, died Monday, March 5, 2018 at her home.
She was born October 7, 1930 in Wheeling, a daughter of the late J. William and Elizabeth Saunders Wilhelm.
Rosemary was a graduate of St. Joseph’s Academy Class of 1948, retired from Wheeling Machine Products and Wheeling National Bank, and was a faithful and active member of St. Vincent de Paul Parish. She was a member of the Seven Dolors Altar Society, the St. Vincent de Paul funeral luncheon committee, was active in the Christ Renews His Parish at St. Vincent’s, a member of the Wheeling Hospital Auxiliary, Chambers YMCA, AARP and the WV 4-H All Stars.
She was a devoted, kind, and loving wife, mother, grandmother and great grandmother..she especially loved spending time and “Special Dinners” with her children and their families and spending time with her sisters and those monthly lunches with high school classmates. She also loved to feed the birds and watch them from her kitchen window.
In addition to her parents, Rosemary was preceded in death by her husband, Vincent “Vince” Villanova, sister, Helen Ann Wilhelm Kirksey, brother, William Wilhelm, brother in law, Albert Bucon and brother in law, Paul Otte.
Rosemary is survived by her children, 3 sons; William V. and his wife, Betty, of Homosassa, FL, Thomas E. and his wife, Debbie, of St. Petersburg, FL, Donald G. and his wife, Becky, of Wheeling, daughter; Luann Danehart and her husband, Art, of Wheeling, two loving sisters; Betty Bucon and Lucille Otte of Wheeling, brothers in law, Don Kirksey of St. Clairsville, Eugene (Ruth) Villanova, of Wheeling, and sister in law, Bridget (Don) Maloney, of Wheeling.
Rosemary is also survived by five grandchildren; Vicki of Houston, TX, Donnie and Katie of Tampa, FL, and Donald and Hilary of Wheeling, eight great grandchildren; Leila, Lillie and Landon of Tampa, Vincent and Valentina of Tampa, Alana and Shila of Wheeling, Zekai of Wheeling, and many nieces, nephews, cousins and friends.
Friends will be received on Thursday, March 8, 2018 from 2-4 and 6-8pm at the Altmeyer Funeral Home, 154 Kruger St., Elm Grove, where a vigil service will be held at 3:30pm.
Mass of Christian Burial will be celebrated on Friday, March 9, at 11:00am at St. Vincent de Paul Catholic Church with Msgr. Paul Hudock as celebrant.
Burial will follow in Mt. Calvary Cemetery.
Memorial contributions may be made to the St. Vincent de Paul School.
Online condolences may be extended to the family at www.altmeyerfuneralhomes.com

So sorry to hear about your mom hugs and love for you all. She was a great person.

Rest in peace Mom. Give Dad an ” I Love You squeeze” and enjoy his birthday together.

My heartfelt thoughts and prayers for all the family. I was shocked to read about Rosemary’s death in the online paper today. We’re onboard a ship in the Caribbean and I’m so sorry I won’t be at the funeral. I’ll make direct contact as soon as I get home next week.

Your mom was such a great woman. She took time out of her busy schedule to help me with several 4H sewing projects. What a strong role model for a young girl. I am truly sorry for your loss.

Growing up it was always like I had a second Mom living right across the alkey Bill,Tom,Don and Luann you have my deepest sympathies. Rose was always there with the best smile and often a hug. All my best Love Joey

The Megna family shares in your sorrow. Rosemary was the BEST next door neighbor anyone could ask for. She was like a mother to us and a grandmother to our kids. Her beautiful smile and kind soul will be greatly missed. I can picture her and Vince dancing to the Big Bands in Heaven. Thank you for sharing her with us.

You have my deepest sympathy. Aunt Rosie always had a gentle and kind smile for everyone. She was a beautiful person. I refer to her as Aunt Rosie because the Bucon Family always referred to her as Aunt Rosie. That is how I was introduced to her. Your fond memories will always be in your hearts.