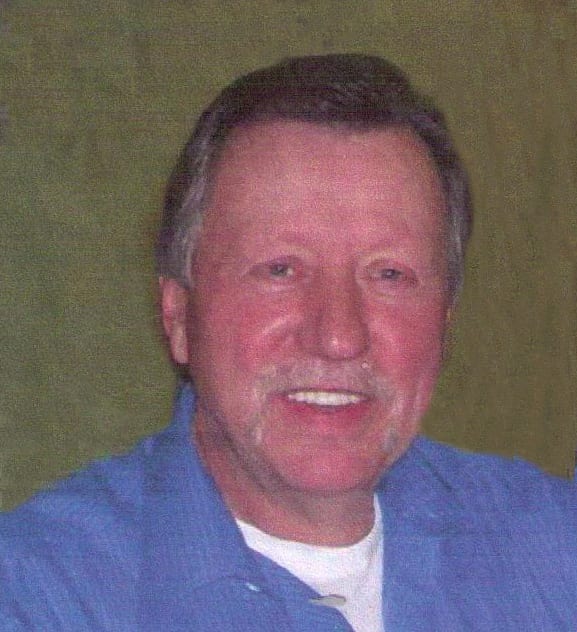 Russell Dean “Russ” Taylor, 69, of Moundsville,WV, passed away Wednesday, March 30, 2016, at home, surrounded by his wife, daughters and friends.
He was born August 3, 1946 in Glen Dale, WV, a son Bill and Elizabeth (Burton) Taylor.
Russ was preceded in death by his father, Leslie O. “Bill” Taylor; mother, Elizabeth L. Taylor of Moundsville and brother, Leslie F. “Bill” Taylor of Albuquerque, NM.
In Addition to his wife of 50 years, Mary Jane Taylor of Moundsville, he is survived by two daughters, Shelly (Fred) Weaver of Wheeling, WV and Jodie (John) Canter of Martins Ferry, OH; sister, Judy (Ted) Parsons of Moundsville; sister-in-law, Janie Taylor of Albuquerque; six nieces and nephews and five grandchildren, April, Sarah, Savannah, Russell and Luke.
Russ was a graduate of Moundsville High School, worked eight years with Consol Coal, 34 years as an addiction counselor, former Director of Doctor Lee Jones Miracles Happen Center/Healthways Incorporated, member of Fairview United Methodist Church, an US Army Veteran from 1965-1967, where he was stationed in Germany, member of the Belmont -Jefferson Beagle Club and competed in numerous beagle trails, and raised several field AKC Grand Champions, he truly loved his beagles and was a proud member of Alcoholics Anonymous with thirty five years of sobriety.
Friends will be received for a Memorial Gathering, Saturday, April 9, 2016 from noon until the time of his Memorial Service at 2pm at the Altmeyer Funeral Home, Lutes & Kirby-Vance Chapel, 118 Grant Ave., Moundsville, with Rev. Ray Klages officiating.
Memorial contributions may be made to Doctor Lee Jones Miracles Happen Alumni in c/o TMCFunding.com.
Online condolences may be to the family at expressed at www.altmeyer.com.

This man taught me how to be a man and to love myself again he was the man who’d give you the shirt off his back the world lost a true hero he helped so many and showed people we could live sober again. God let this grateful mans soul rest in peace. Love you Russ you know I will always respect you thank you again for being a huge part of my life

I served on the WVAADC Board with Russ. He was one of the finest men I have ever known. I am sorry for your loss.

Russ, I will surely miss you more than words can say. You came into my life in 1991 at a time I was physically and spiritually bankrupt and you showed me a better way and saved my life and then when after ten years I decided to go back and do more research you came to see me and called me to see if I had had enough but you loved me anyways and showed me so much compassion and when I was ready to come back and i came to miracles you saved my life again literally twice in those 90 days you have been there for me through so many phases of my life I am going to sorely miss you.. You have touched the lives of thousands of peoples many of which don’t even know you did. I will always love and miss you but the things you taught us will live on for generations. Mary and Jody and the rest of the family my deepest condolences to you and thank you for sharing this great man with the rest of us. Love Dennis

You will be so missed, Russ. You were my mentor and great friend…… You were the inspiration that led me to addictions counseling. My heart hurts…… Prayers for the family.

RIP a former co-worker at Crossroads

My sincere condolences to Russ’s wife-family, the thousands of us alive thru his help. and the Community.
On October 10 at 9:00 AM By the Grace of God I was allowed meet Russ at First Step in the basement of NPHC. He told me (1) I was an alcoholic (2) I should come to 1st Step, (3) Shut up and go to 90 in 90. He p’d me off but I listened, followed, and obeyed to Prove him wrong–Guess what I was wrong NOT him. This was 1985 Thanks to the tools I was given by My God-AA- and Russ T I am alive and still sober. Save me a seat around the tables in Heaven..

lots of good times on your dads runabout, hunting and fishing. we were pretty ornery me, furb, everyone from the old neighborhood on walnut, remembering you and Mary’s wedding plans, missed the deadline by 24hrs. good memories rusty.

Mary and family, our thoughts are with you as you more the loss of your wonderful husband, father, and grandfather. Russ was loved and respected by many people who’ s lives he touched through his warmth and caring. I am grateful to have worked, fished, and run Beagles with him. As my wife says, “The sun doesn’t set on a legend”.

Judy – We are so sorry to hear of the loss of your brother. Our prayers are with you.