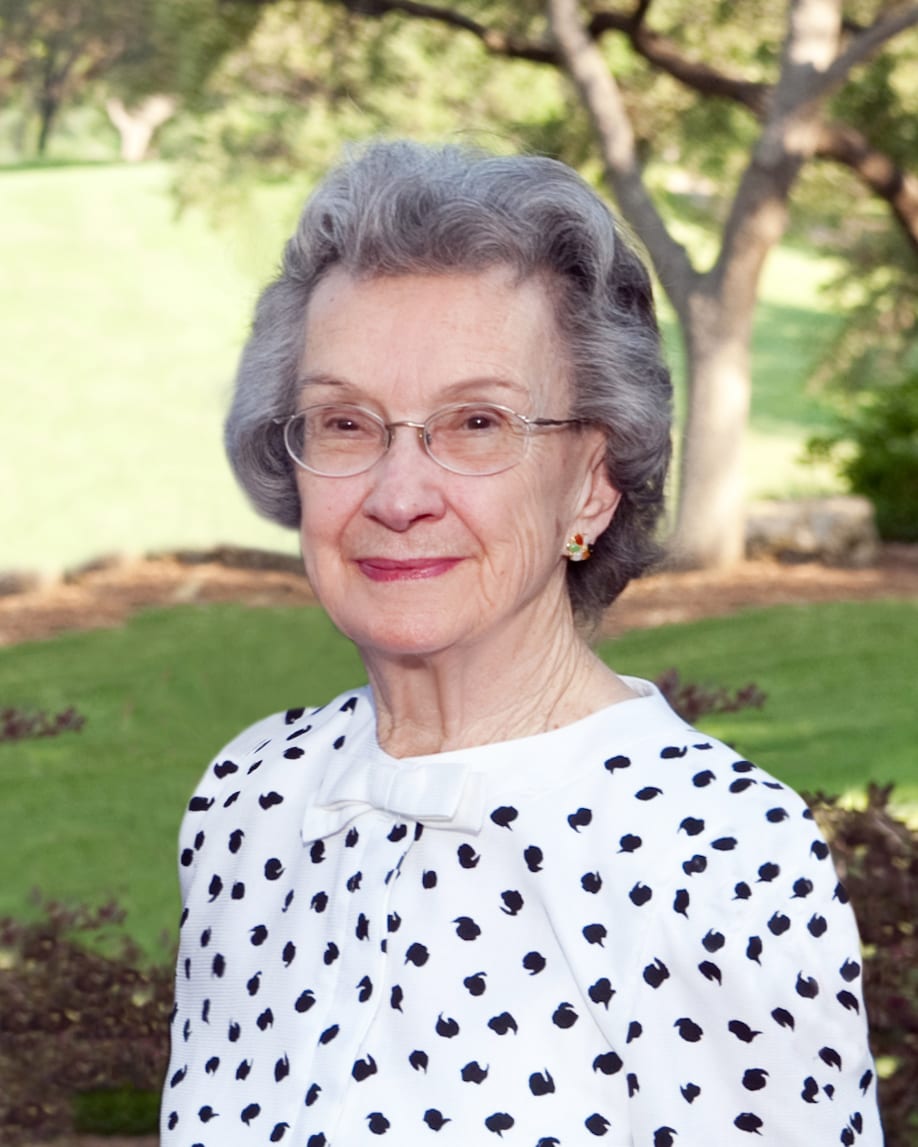 Ruth Malcolm Voss, 92, of Wheeling, died at home with family by her side on Sunday, June 27, 2021. She had recently lost her beloved husband of 70 years, Edward C. Voss, Jr. Ruth was born October 29, 1928 in Detroit, MI, the only daughter of the late Frances (Komis) and Charles F. Malcolm, Sr.

Ruth graduated Detroit’s Harper Hospital School of Nursing in 1950. She had a lifelong passion for her work, especially in the operating room. Ruth met Ed during his medical internship at Detroit Receiving Hospital. They married and stationed at Fort Sam Houston in San Antonio, TX where he trained before departure for the Korean War. She continued nursing in Detroit while he was away and upon his return they made their first home in Iowa City, IA. She worked at the Veterans Administration Hospital and he completed his surgical residency at the University of Iowa and began a private practice. Her caregiving continued at home with the arrival of the first of four children. After a move to La Crosse, WI, they arrived in Wheeling in 1962.

Ruth volunteered locally through the Ohio Valley Medical Center’s Auxiliary, Meals-on-Wheels, Oglebay Institute’s Towngate Theater, St. Matthew’s Episcopal Church Altar Guild as well as her children’s various schools. She happily returned for many years to operating room nursing at OVMC when her youngest began elementary school. To keep peace at home, Ruth and Ed rarely worked on cases together, but instead compared notes over cocktails and at the dining room table. She left nursing in the late 1970s to care for her parents and in-laws who had moved to Wheeling from Detroit and Buffalo, respectively.

Ruth was an antique and flea market enthusiast and inevitably family vacations were interrupted by stops at country roadside dealers. Later, Ed joined in the fun of local auctions that provided hours of lively entertainment rain or shine. They enjoyed their retirement together in Wheeling. As a doctor and nurse team they examined patients at the Good Zoo’s Teddy Bear Clinic ensuring all the children’s stuffed animals were well cared for. She and Ed ushered at Towngate Theater productions and Ruth charmed onstage as an extra in Oglebay Institute’s summer amphitheater musicals. After membership for many years at St. Matthew’s downtown location, they worshiped at Lawrencefield Parish Church’s serene hilltop home. Ruth’s travel focused on her children’s and grandchildren’s whereabouts and took her from New Hampshire to Texas to Washington and Hawaii. An overnight cross country rail trip to Portland, OR quelled her romantic memories of glamorous train travel and she and Ed stuck to airplanes thereafter. Trips abroad included Singapore, Thailand, Bali, England and Germany. Eventually travel tapered and Ruth and Ed comfortably aged at home with the excellent medical care and companionship of their caregivers. The extended Voss family greatly appreciates this invaluable support.

Obituary and condolences at altmeyerfuneralhomes.com.

When you think of memories of those who you have known, the memories of both Ruth and Ed are some of my absolute favorites.
When the Ohio County SPCA needed a place to hold a yard sale, Ruth reminder me that location was important, so Holly Road it was.
Their support of the OCSPCA never stopped.
All-Clad sales in Washington, PA were an experience never to be forgotten, if we weren’t first in line we were crushed.
Walking through the Voss garden was a spiritual experience because you would feel calm immediately. Ed’s frustration with cereal boxes, and that they were too tall for his cereal shelf made us all smile as he would cut and tape them to fit.
Her love of auctions and our friendship had us being hushed by the auctioneer every time.
There are, I’m sure, hundreds of friends with memories but mine seem so funny and special and let me know the side of them both that some may not have known.
They were special people and my memories will be with me for the rest of my life.
My sympathy to her children of whom she spoke of so often.
God bless both Ruth and Ed and the wonderful lives they lived!