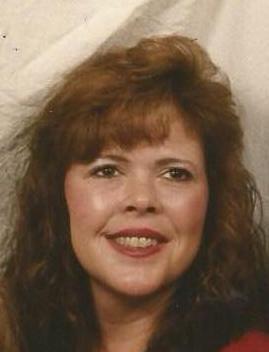 Sandy was born August 21, 1963, in Beckley, W.Va. She was the owner & operator of Eddy Contracting, Glen Dale; a member of the Appalachian American Indians of West Virginia; and a 1995 graduate of W.V. Northern Community College. She also a proud member of the Phi Beta Kappa Honor Society at Northern, having received the second highest G.P.A. of her graduating class.

Sandy was preceded in death by her parents, Russell and Hazel (Hicks) Lodmell. She is survived by her husband of 19 years, Anthony Eddy; a daughter, Andrea Eddy; a son, Anthony Eddy, Jr. (Amanda) of Follansbee, W.Va.; a brother, William Stone of Meadow Bridge, W.Va.; three sisters, Linda Skrypek (John) of Moundsville; Teresa Gill (Tim Heaton) of Wheeling and Carla Whitlatch (Terry) of Moundsville; and numerous nieces and nephews.

Friends and family will be received at the Altmeyer Funeral Home, Lutes & Kirby-Vance Chapel, 118 Grant Avenue, Moundsville, Saturday, June 20, 2015, from 1 pm until time of memorial service at 2 pm, with the Rev. J. Thomas Steele officiating.

Sandy, you will be so missed but you were needed else where.it has been a pleasure to know you. May God be with your family at this time. My deepest sympathy

Tony I am so sorry for the loss of your wonderful wife.She will be so missed.I will miss our crazy conversations.

my deepest sympathy to her family .R.I.P Sandy

So sorry you are gone….I didn’t know you well but you were married to a great guy(my cousin) You are in a much better place than we are although I know you will be greatly missed….Till we meet again

anthony sorry to hear the passing of sandra,she was a beautiful lady,she was proud of her children and huasband,when i talked to her on the phone she always called me mr.i enjoyed taking to her,in christian love john &jeryl morando

With deepest sympathy. Prayers for the entire family.

I was saddened to read of Sandy’s passing. She never knew a stranger, and she was just so full of life! I shall miss you, I shall miss your beautiful smile. May GOD caress you, and know you are free to fly in HIS KINGDOM!

Sandy was truly a great person. She always saw the good in people. We may have not spoken for a while but when we did it was like we just left off. May she now rest in peace and know that someday I hope to see her again. I’m going to miss your laugh and smile Sandy. Glad to have met & known you.Hoot

On the wings of an angel… flow freely my dear friend. I’m so very sad for all of the family. My heart aches for you all.

Tony and Andrea, I feel so bad that Sandy has moved on, but also have the faith that we will join her in that heavenly mansion that has so many places. I have so many memories of Sandy and hope that you can treasure the ones you made as a family. I will be praying for peace for you all.