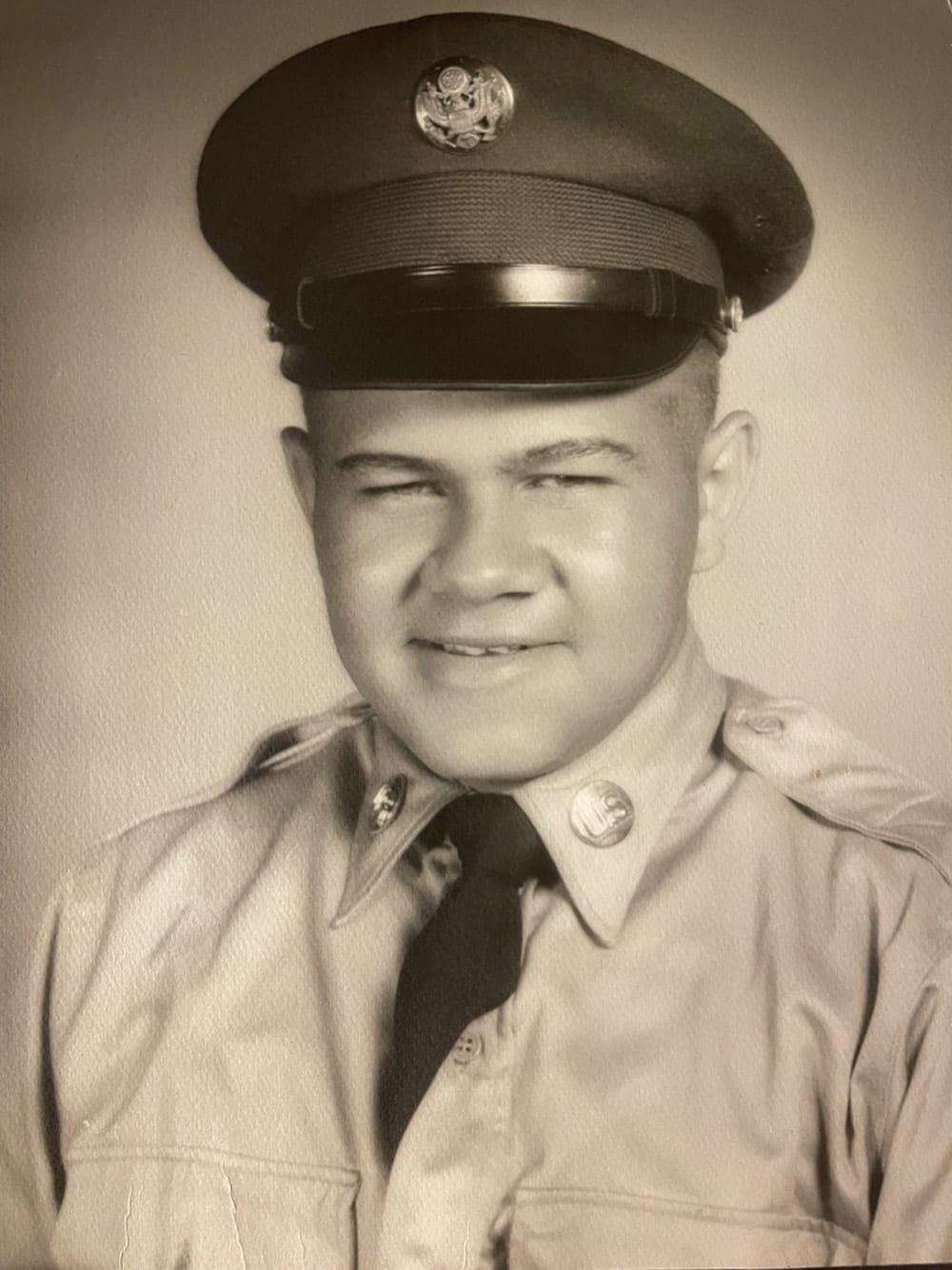 SFC Harry Richard Edwards, 79, of McMechen, WV, formerly of Barnesville, OH, passed away Friday, June 25, 2021 in Acuity Specialty of the Ohio Valley, Wheeling, WV.  He was born August 23, 1941, in Barnesville, a son of the late Herman Charles and Eva Juanita Edwards.
Harry was a proud U.S. Army Vietnam War veteran, having received the National Defense Service Medal, Army Commendation Medal, Bronze Star Medal, Vietnam Campaign Medal; Vietnam Cross of Gallantry w/ Palm, Good Conduct Medal and Vietnam Service Medal w/ 3 Bronze Service Stars.  Following his service in the Vietnam War, he continued serving in the U.S. Army as a Civilian Officer, and then retired with the rank of Sergeant First Class.  After his service in the Army, he went on to serve his community, by working as a police dispatcher for the cities of McMechen and Benwood, WV.  An avid baseball and football fan, he was known to some as “Dickey”.  Those who were close to him simply called him “Unc”.
In addition to his parents, Harry was preceded in death by a brother, Bud Edwards.  He is survived by his two children, Tony Edwards (Vanessa) of Berlin, Germany and Tensly Edwards Howard of Oklahoma; two grandchildren, Paul Edwards and Jack Howard; a sister, Norma Miller (Tom) of Georgetown, KY; a special niece with whom he resided, Stephanie White of McMechen; a nephew, Eric Barger (Wendy) of Moundsville; three great-nieces, Clarissa McCardle (Josh) of McMechen, Miley Barger of McMechen and Seravea Mories (Sam) of Howard, OH; a great-nephew, Colton Pennington of McMechen; four great-great nieces and nephews which he adored, Trenton, Dreydon, Natalia and Ahlayah; and several additional extended family members.
Friends will be received from 12 pm until 8 pm, Wednesday, June 30, 2021, at Altmeyer Funeral Home, Benwood-McMechen Chapel, 214 Marshall Street, McMechen.  In accordance with his wishes, Harry will be interred at a National Cemetery in South Carolina, with full military honors.
The family suggests that memorial contributions be made to a veteran’s organization of the donor’s choice.  Online condolences may be offered to the family at www.altmeyerfuneralhomes.com .

May your memories of SFC Harry Richard Edwards, give you peace, comfort and strength…

I will forever remember Uncle Dickey as one of the best and most caring & honest people I’ve ever known. Such a good man. He will be missed.