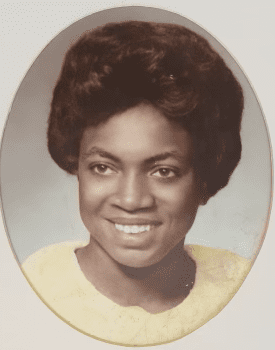 Sheila Ann Howard, 68, of Columbus, OH, formerly of Wheeling, WV, passed away on Saturday, July 24 2021 at Riverside Methodist Hospital, Columbus, OH.
She was born on February 4, 1953 in Wheeling, daughter of the late Fred Howard and Carrie R. (Guinn) Berry.
Sheila was an employee of Kinder Care, where she was a dietary aid, a Pillar of the Wheeling Community and loved spending time with her family.
In addition to her parents, she was preceded in death by her husband, Fred Lee Willis; sister, Elizabeth Jones; 5 brothers, Charles Berry, James Berry, Lee Howard Berry, Clifford Howard Sr.and his wife, Marva & Frederick A. Berry; great grandson, Tarell Jackson, Jr. & son-in-law, Sean Frazier
Surviving are her children, Dasheena McAllister (Robert) of Canton, OH, D’endrea Howard of Charlotte, NC, Freddie Howard of Wheeling & Gentsey Howard (Adrian) of Columbus, OH; several grand-children and great grand-children; a host of nieces and nephews & two sister-in-laws, Linda Berry and Deborah Pounds.
Friends will be received on Sunday, August 1, 2021 at Altmeyer Funeral Home, Wheeling Chapel, 1400 Eoff Street, Wheeling, from 2-4 and 6-8pm.
Funeral services will be held on Monday, August 2, 2021 at Altmeyer Funeral Home at 1pm.
Interment will follow at Stone Church Cemetery, Wheeling
Memorial Donations may be made to the Howard family.

I just received the news of Sheila’s passing, and i’m just sick!!!! She had been on my mind for a while and I had called on the 21st, and again on 22nd. I felt in my heart that something wasn’t right, because she always call back. I had a First Fridays at a church the first Friday of the month and she would be right there with me without fell. She would clean from the time she’d walk in until the time we would leave out. We didn’t make money, we tried to make a difference for the body of Christ. We were friends and sisters, I know that i’ll miss her more than I can imagine. She and I both have daughters named Angel, I could go on and on, but i’ll end with this, family stay encouraged, and know that she was a loved person. God bless

To the Howard Family,
May the love and caring of your friends bring you moments of comfort. May God continue to comfort and strengthen each of you.

With our deepest sympathy to the Howard family as you mourn the loss of your mother (Nana). May God bless you all and help you through this difficult time.

I’m so sorry for your loss, my condolences and prayers for Sheila’s family. I remember Sheila and 2 other girls singing the Supremes hit, ‘Stop in the Name of Love’ in a school assembly at Clay Jr. High. Later, I worked with her at Kammer-Mitchell plants and we laughed over that memory. May God comfort you.

Sheila will forever be in my heart. You an Ms Carrie Berry were the most nurturing people that ever met. We went to school together, church together an the bars. Those memories will never cease. I feel honored to have talked with you a few weeks ago when you were in North Carolina. An when our conversation ended we both said to each other”I Love you an take care””,… Until we meet again my dear friend..

Aunt Sheila was the matriarch of this family. She was strong and soft spoken. I don’t ever remember her raising her voice. But we all knew when she meant business. My God we will surely miss her. She was always there when we needed her. She raised 4 strong independent children. Her grandchildren loved her. I just pray that we all continue to live her values and make her proud. Your resting with your heavenly family now. I love you in Jesus Mighty name Amen