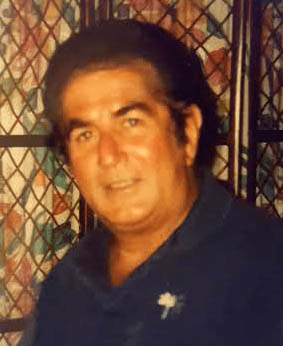 He was born March 28, 1928, in Bretz, W.Va., a son of the late Antonio and Annunziata Perilli. He worked as a service manager for the Hundley Motor Company before retiring from Wheeling Park High School as a vocational teacher. He was a member of the Warwood Vets, Saints and Sinners, the Elks Lodge 28 in Wheeling, the Italian American Club, The Knights of Columbus Carroll Council #504, and the Sons of Italy. He was a U.S. Army veteran serving in the Korean War.

In addition to his parents, he was preceded in death by two sisters, Maria Pavoni and Margarita Perilli.

Memorial contributions can be made to St. Alphonus Catholic Church (Click Here) and to the Belmont County Animal Shelter (Click Here) through www.tmcfunding.com

Sorry to hear about Joe.

He was a great guy!

I was so sorry to hear about Joe. My thoughts and prayers are with you. I always enjoyed Joe’s cooking and he was always so fun to be around.

My sincere and deepest condolences to the family of “Joe”. Denny Albaugh

May your memories of Silvio Joe Perilli give you peace, comfort and strength…

Joe was full of life.. He wrote a book, loved playing poker, and was a great cook! I would occasionally assist him with computer related questions. I could always count on a hot Italian meal waiting on me when I arrived. You will be missed Joe! My condolences to his friends and family.

Joe was a fine professional, admired by his students and peers alike. We share in your loss. H. Lawrence Jones, Ed.D.

Joe was a great guy and a shrewd and clever poker player. If I have the pleasure of playing cards with guys half my age when I’m in my 80s, I hope I am equally unpredictable, irascible and gracious. He lived a full life, and I enjoyed hearing about it.