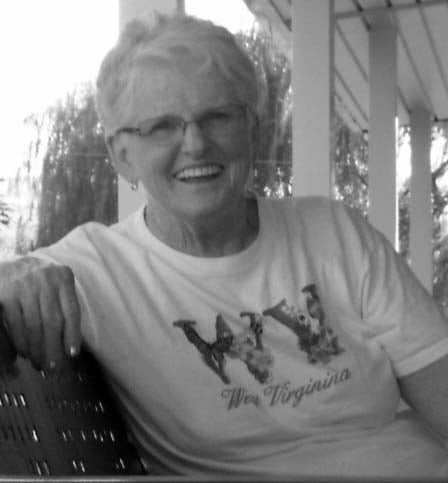 Send FlowersPlant a Tree
Sondra Faye Cecil, 82 of Cameron WV, went to be with her Lord June 29, 2022.
She was born January 3rd, 1940 to Kenneth and Irene (Flinn) Hornbeck.  She was the second of seven children, of which two survive.
Sondra was preceded in death by her husband R.G. (Hoopie) Cecil and her son Erick Shawn Cecil; her siblings Donzel Hornbeck, John Edward Hornbeck (infant), Lynda Edgar, and Nellie Catherine Hornbeck (infant).
She is survived by her children: Genie (Jeff) Moninger, Gatha (Shawn) Kinneer and Nikki (Jerald) Hetzel; siblings Keith Hornbeck and Joe (Pam) Hornbeck; several grandchildren and great grandchildren; nieces and nephews.
Sondra was a faithful and devoted member of the Church of Christ.  God came first, her family followed.
Sondra retired from Marshall County Schools, where she worked after raising her family.
She was an avid quilter, making many quilts for her children and grandchildren.
She had a life long passion for reading and educating herself on many subjects.  She never stopped being inquisitive and trying to learn new things.
Sondra donated her remains to WVU through the Gift Registry, in the hopes to further medical education and research.
In lieu of flowers, donations can be made to: Michaeljfox.org, to further Parkinsons research.
13 Condolences
Inline Feedbacks
View all condolences
Janet Hinerman

I’m so sorry to hear about your mom. I always enjoyed the times I was able to work with her. My sincere thoughts and prayers go out to all of you.

So sorry for the families loss. Prayers

I am so sorry for your loss. Many prayers to your family.

So sorry to hear of Sondra’s passing. Lots of wonderful memories.

I went to school with Shelly. My heart goes out to you guys!

She has a huge part of my heart… I can remember growing up next door and seeing her sitting outt on the porch or helping on the farm, but mostly her yelling at me to keep me safe while riding my horse. Then on to caring for her at the end… I will always remember her as my Nan… Sitting with her and listening to bluegrass gospel will stick with me for the rest of my life. Prayers to the family…

May the God of hope fill you with all joy and peace in believing, so that by the power of the Holy Spirit you may abound in hope. Romans 15:13

I’m sorry beyond words, for your family’s loss and pray for peace beyond all understanding!

So sorry to here of Sondra’s passing. I thought a lot of Sondra and truly enjoyed our talks when she came to the Fitness center year’s ago.

So sorry for your loss loved this family dearly .

So sorry for your loss. Sondra always had a smile and words of encouragement. I will miss seeing her at church. A special lady! So glad I had the privilege of knowing her.