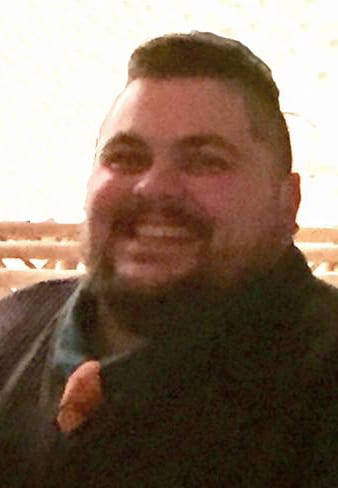 Ted Joseph “Tuna” Allen, 33 of Wheeling, WV died Tuesday, March 29, 2016 in Wheeling Hospital.  He was born Sept. 9, 1982 in Wheeling, a son of Ted N. Allen and the late Jill L. (Figaretti) Allen. Joe was a Teacher and Athletic Director at St. Johns Grade School in Bellaire, a member of the Jaycees and a recipient of the Lou Mack Award which is given to the most outstanding individual on and off the field for team, family and community.

Tuna was an amazing friend and brother. He brought an energy that would just light up a room in an instant. He made everyone around him feel comfortable and welcome. I have never met someone quite like him. It was a privilege and an honor to call him a friend and a brother. The world will not be the same without him in it but I know in my heart that he is in a better place looking down on us all. Rest in piece Tuna.

Going to miss Tuna he was a good friend and a great guy! We only saw each other once a year on Hilton Head Island but we always made the most of those seven days together. He had a magnetic personality always had a smile on his face genuinely loved kids and they in return were drawn to him. I remember the “after hours” pool parties every night of our stay. We’re going to miss seeing you Tuna but you will forever live in our hearts!

Ted and Jane, we are so sorry for your loss. We have such great memories when Tuna would come to the house with Christopher. Love and Miss him.

Board of Directors BMC

Joe’s friends and fellow Athletic Directors at the Buckeye Mountaineer Conference would like to extend their condolences to his family. He was a great person and very easy to work with. Always had the kids best interest in his actions. We have sent a donation to his fund and wish the very best to his family. He will be missed.

Many prayers for family and friends. We knew Joe for many years and will remember his smile and amazing personality. He often filled the room with joy and laughter. He even was the DJ at our wedding and was so entertaining we could not get people to leave; family members kept slipping him money to stay hang out and keep playing songs. Joe will be missed by all who knew him!

mr Allen and Jane and family,
sorry to hear about the lost of a great son, brother, friend, and a gentleman. was a special person as you know, as well as, everyone who came into contact with where ever it may have been. May peace and comfort come your way in the days months, and years ahead, and the amazing memories always cross your mind in unexpected moments with many smiles of joy, laughter, and love !! RIP Joey.

You were my mentor, my big brother, the inspiration for me to do things bigger than I could imagine. I remember right before my initiation week for Sigma Chi you and I had a conversation over text and you told me how proud you were of me and gave me the best advice (as always). That is one of MANY things you have helped me push through brother. There’s a legacy that you left, an example you set, a higher standard of MANHOOD that I will have to and will carry on. Your soul is beautiful. In my eyes your spirit was one that inspired everybody else to look at the wholeness of things that happen in life. Intelligence about the world we live in. I could go on. I’ll make you proud Joey, a true legend you are.

My utmost thoughts and prayers to Ted, Jane, and the rest of the family. I cannot thank you enough for your true presence in my childhood. – DRC

We were so sorry to hear about Joe’s passing. He was such an awesome man. My son and I thought a lot of him. He was a GREAT influence on my son. I was very thankful for that. May he rest in peace and may God grant the family peace knowing that he is with God.

Tuna was a good friend. He abided by the principles of our brotherhood: truth, courage, faith and power (DTD). What a success he became. I’m sure we could all take some life lessons from his values and his friendship. Thoughts and prayers to everyone he touched. I called him albacore, the white tuna. Godspeed!!! T Mike…