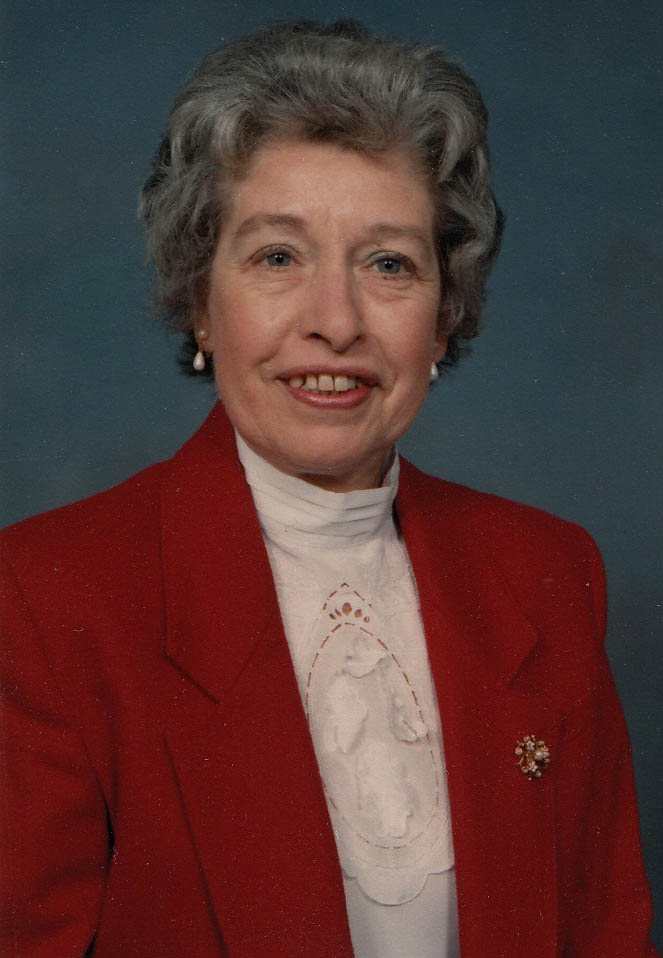 Theresa G. Holler known fondly by many as “Tese”, age 95 of Wheeling, West Virginia, passed away peacefully at her home surrounded by her family on Tuesday August 24, 2021.  Tese was born at Wheeling Hospital on December 23,1925 to Fred and Clara (Strauss) Gantzer.

She attended St. Michael’s grade school and graduated from Central Catholic High School in 1943. She furthered her education and graduated from Wheeling Hospital School of Nursing in 1946 and began her nursing career at The Cleveland Clinic in Cleveland, Ohio. She later returned to Wheeling where she worked at Wheeling Hospital, Good Shepherd Nursing Home, and the Welty Home. Upon her retirement in 1987, she wasn’t done helping her community and volunteered her time as a RN at Wheeling Hospital taking blood pressures as well as a Hospice Visiting Nurse. Tese was always energetic and full of life. Although at times mischievous she brightened every situation. For instance, after High School she and several friends traveled to Key West, Florida for a vacation.  When they arrived at the beach, it was packed but Tese saw an open space over a wall and coaxed her friends to follow her over the wall. It wasn’t until the FBI agents showed up that they realized they had entered President Truman’s private beach. During her college days at Wheeling Nursing School, she was the one picked to climb out a window and slide down a bedsheet to obtain food and drink for the party in the dorm room. Tese’s antics continued even after she was married. When her husband Frank asked her to take their car in to be painted he was surprised when he came home to a pink car. Tese’s response was, “I like bright colors!”. Even in her early 90s, while vacationing with her children and grandchildren, she was doing Jell-O shots while at the Piano Bar. You could always be guaranteed a entertaining time whenever Tese was involved.  Family was extremely important to Tese. After the premature death of her husband Frank in 1967, Tese was a single mother and fortunate to have a large family and numerous friends to assist her during that time. She then made it her mission to ensure everyone involved enjoyed life to the fullest. She always said, “your family is what keeps you together” and “always keep happy”. One of her most favorite times of the year was when she did a Christmas Day open house. Upon entering her house, you could find Tese either playing carols on the piano or at a card table playing euchre . Whomever was Tese’s partner was sure to win as she was one of the best players around. Even in her later years, Tese could always be found playing numerous card games or assembling puzzles with family and friends. She took pride in being a lifelong resident of Wheeling.  Tese was a dedicated and loving daughter, sibling, wife, mother, grandmother, and great grandmother. She was a devout Catholic and a loyal parishioner of St. Michael’s Catholic Church. She treated all people as she would want to be treated. A woman of great character and strength. She was highly regarded by those that knew her. She will be greatly missed.

She is preceded in death by her parents, Fred and Clara Gantzer, her husband Francis (Frank) Holler, Ray and Helen Gantzer, Rosemary and Bernard McGee, Freddie Gantzer, Edward and Rose Gantzer, Bernie and Maxine Gantzer, Richard and Petty Herndon, Harry and Ruth Busch, and several nephews and nieces.

The viewing will be held at Altmeyer Funeral Home, Elm Grove Chapel, 154 Kruger Street, Wheeling, WV  on Friday September 3, 2021 from 2-4 pm and 6-8pm. A mass in memory of a life so beautifully lived and a heart so deeply loved will be held on Saturday September 4, 2021 at 10:00 am at St. Michael’s Catholic Church followed by a Christian burial. In lieu of flowers, donations can be made to Catholic Charities Neighborhood Center also known as the 18th Street Center, Wheeling, WV.

Masks are required for those attending both the Funeral Home and Mass.

Dear Terri, Debbie & Denis, What a wonderful tribute to your mom and the joy she brought to many and that you had together. May all your happy memories bring you comfort in this sad time of saying goodbye. You were truly blessed. Prayers & blessings.

What a wonderful person! I saw her any time she was at Terri and David’s house, and even a couple times I was in WV. She was always excited about seeing us and had wonderful things to say. I don’t know of a person as busy as her, and everyone loved seeing her. I miss the thought of her not being at the parties, and brightening up everyone.

So sorry for your loss. I had nice times with Theresa at my Aunt Rose and Uncle Ed’s house watch the fireworks in Patterson. Prayers to the family.

I met Theresa through the outreach Eucharist program at St Mike’s. It was I who was blessed taking communion to her in her home. We always had a wonderful visit, as well as celebrating our love in Christ together. RIP Theresa, as I’m sure you’re at peace with the Heavenly Father.

Sorry for your loss, our prayers go out to you in your time of sorrow.

My sincere sympathy to all of you. Your mom was a dear friend of my Mom( Bobbie McCulley). They shared so many great times in their nursing days and for years as they continued to stay in touch with such a special bond with their Alumni lunches.I remember your mom’s sweet smile and wonderful personality! My thoughts and prayers are with you all.

Terri, Debbie & Denis,
I’m so sorry to hear about your mom. I loved her and have so many wonderful memories of her especially from the many trips she went on with us which were always times of fun and lots of laughter. Keeping all of you in my thoughts and prayers.

Debbie, So sorry to see that your Mom has passed. Sounds like she had a wonderful wonderful life with family and friends. May her soul RIP. You and your family will be in my thoughts and prayers.