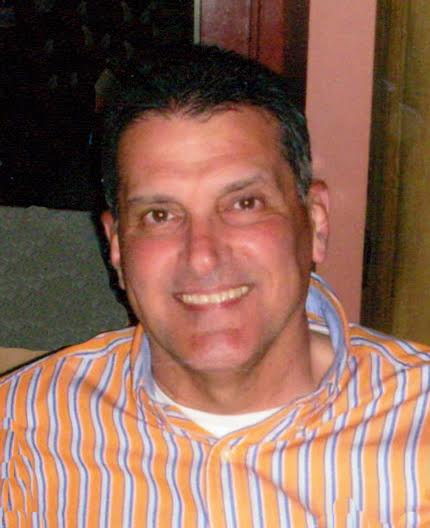 Tom was born May 8, 1946 in Wheeling, a son of the late William “Eddie” and Betty (Overfield) George. He was the retired Director of Human Resources at Sledd Co. and a member of Our Lady of Lebanon Maronite Catholic Church, where he served on the Church Council. He was also a U.S. Navy Vietnam War veteran and a member of the Wheeling Lions Club.

In addition to his parents, he was preceded in death by his two nieces, Alexis Bouyoucas and Erica Faucett.

Tom is survived by his loving wife of 47 years, Kathleen A. (Porchiran) George; two sons, Jeffrey Thomas George and his wife, Angela of Oklahoma City, Okla. and Christopher Thomas George and his wife, Amber of Wheeling; two sisters, Donna Wasemann and her husband, Ed and Becky Bouyoucas and her husband, Ted, both of Wheeling; six grandchildren, Jonas, Kenley, Sidney, Ethan, Jack and Lex George; and several nieces, nephews, great-nieces and great-nephews.

Friends will be received from 12-4 and 6-8 pm Tuesday, at the Altmeyer Funeral Home, Elm Grove Chapel, 154 Kruger Street, Wheeling, where a vigil service will be held at 7 pm.

Mass of Christian Burial will be celebrated at 10 am, Wednesday, November 11, 2015, at Our Lady of Lebanon Maronite Catholic Church, Wheeling, with Monsignor Bakhos Chidiac as celebrant. Interment will follow in Mount Calvary Cemetery, Wheeling, with military honors provided by the Moundsville Veterans Honor Guard.

Memorial contributions may be made to Our Lady of Lebanon Maronite Catholic Church, 2216 Eoff Street, Wheeling, WV 26003, or Liza’s Place, 10686 State Route 150, Rayland, OH 43943. Online condolences may be offered to the family at www.altmeyer.com

Just found out about Tommy and I am so sorry for your loss. Tom was one of the nicest people I have ever met and will always remember the good times we had in high school. My condolences to all of you and may he rest in peace. Love to all, Linda

KATHLEEN, JEFF, AND CHRIS MY DEEPEST SYMPATHY IN THE PASSING OF TOM, I HAVE MANY MEMORIES OF OUR TIME TOGETHER IN SOUTH WHEELING , I REMEMBER COMING TO TOM TO HELP ME PUT A HELICOPTER TOGETHER FOR DIRK, MAY YOU ALL BE HELD LOVINGLY BY DIRK AND I AT THIS SAD TIME LOVE SUSAN & DIRK

Dearest Becky, Donna and family, Please accept our sincere condolences. We both thought the world of your brother as he was a real gentleman and such a loving brother. Our father seemed to wish that Tom had been his son.
With love, from both of us.
Sandi and Connie

Kathleen, Chris and Jeff. Sorry to jear about the passing
of your husband and father. My thoughts and prayers are with you and your families.

Donna and Becky and your families. Tom loved you guys so much. He had a heart of gold. God truly got the best of the best. We are so lucky to have Tom as a guardian angel to Jim and I. Donna and Becky, we love you so much. Thank God that Tom is no longer suffering and is at peace.

Our sympathies and prayers go out to the entire George family in this time of sadness. In the 20-plus years that we worked together, I always admired and was influenced by Tom’s dedication to his profession and the pride that he took in his work and in our facility. His meticulous attention to detail was unmatched. And, as our organization’s HR Director, he had a passion for the well-being of each and every employee here. In his view, employees were not just “employees”, they were like “family”. There is no doubt that he shared that same passion for his family and friends. I am a better person today for having Tom George in my life for so many years.

Chris and Family, it is with sadness that I have learned of your father’s passing. Please accept my heartfelt thoughts and prayers. May the Lord provide you with peace and perspective. Sincerely, Ty Bradley

Kathleen, Chris and the George family, so sorry for your loss. Tom will surely be missed by so many.

KATHLEEN, SO SORRY FOR YOUR LOSS. YOU ARE IN MY PRAYERS